The charismatic “Beast from the Southeast” rapper Doughbeezy will perform at Willy’s Pub on Thursday, April 24 for the final KTRU Beats and Beer event of the semester.

Dustin-Prestige to perform at 'Beats and Beer'

Dustin-Prestige will perform at Willy's Pub on Thursday for the last "Beats and Beer" event of the semester. This third act in KTRU's semester-long journey through local hip-hop will feature the side of Houston hip-hop focused on melody and smart songcraft.

Houston-area rapper Fat Tony returns to Rice University Thursday, Nov. 7 for the second "Beats and Beer" event of the year. This follow-up event to early October's successful twerk-filled KTRU event will feature an entirely different sector of the Houston rap scene represented by local favorite Fat Tony and exciting upstart The Aspiring Me.The man behind Fat Tony is Anthony Obi, and he has been hard at work at the forefront of a youthful hip-hop scene in Houston since before his earliest mixtapes in 2008. His first true album came in the form of RABDARGAB, an album as noted for its impressive marketing strategy as for its quick-witted lyricism. The title references a Houston Independent School District youth program in the '90s that incentivized recreational book reading by paying students for completed book reports ("Read A Book, Do A Report, Get a Buck"). In conjunction with the album's release, Obi introduced his own LISDARGAB, where listeners could submit a review of the album and post it to some form of social media in order to receive a dollar.Living outside the established and hype-driven contemporary rap scenes of Los Angeles and New York City, Fat Tony gets his music heard by the power of his wit - an idea equally important for his music. His latest release, "Smart Ass Black Boy," has this characteristic balance of whimsy and perception. On the excellent single "Hood Party," which features former Das Racist member Kool A.D., Fat Tony uses this titular party to talk about the ever-changing demographics of Houston: "Around my block I hear they're building buildings with a lobby."Whereas other rappers across the country have turned to the screwed-sound of Houston for inspiration (see A$AP et al.) Fat Tony seems to descend from a different side of Houston rap - the side in which lyricism and storytelling tend to weigh more heavily than production. "I was born here, I was raised here, and I've lived here damn near my entire life," Fat Tony said. "Houston music and Houston culture is embedded in me. I don't have to put out a screwed-and-chopped record to prove that I'm from Houston." Fat Tony's version of Houston rap is defined by smart hooks and clever songcraft, and it is the distinct product of his charismatic swagger. Perhaps the greatest achievement of "Smart Ass Black Boy" is just how entertaining Fat Tony makes his insightful rhymes. Foregrounded atop pleasant, bassy production from longtime collaborator Tom Cruz, Fat Tony works his lyrical directness to an all-around enjoyable and satisfying effect.The other main act of Thursday's event is rapper The Aspiring Me, the alias of 24-year-old Houston native Andrew Davis. His first self-titled release came out last July, and the album boasts a blend of spacey, ambient production and trap-influenced beats that back The Aspiring Me's confident flow. He oscillates between well-conceived aggression and cautious rhymes, both of which work toward his selling his compelling plan for Houston that he paints in detail throughout the album.In addition to both rappers, the show will also feature a return appearance from DJs and twin brothers Siddiq and Jay Smith. With another excellent sampling of Houston's productive rap culture, these two approachable and crowd-friendly acts offer an easy entrance into the local scene.

Few people have the ability to hate like Louis C.K. can, and in the first two seasons of his sitcom-defying television program Louie, he turns anger into an art form.

"Now y'all know that Bernie confessed, don't you," Carthage, Texas District Attorney Buck Owens is quoted saying in a January 1998 issue of Texas Monthly. He was referring to the murder of Marjorie Nugent and Bernhardt "Bernie" Tiede II's subsequent confession to the crime, but mostly Owens raises an important question for the townspeople of Carthage: How could they so readily forgive a man guilty shooting of an 81-year-old widow and storing her remains in her own freezer?

Within the first few minutes of watching the Korean thriller Oldboy (2003), it will seem like the English subtitles have been mistranslated. How else could you explain the fact that within a few scenes of the opening, the fairy-wing-clad protagonist Oh Dae-su is arrested, bailed out, kidnapped, framed for murder and finally detained for 15 years without the slightest transcribed clue as to why? The narrative soon informs us, however, that this is not a translation error: These strange events are the mysteries that drive this intricate and mystery-filled narrative.Driven by a desire to find the identity of his captors, Oh Dae-su eats at every dumpling restaurant in Seoul in search of the familiar tastes of his everyday meal in captivity. Along this culinary detective journey, he finds companionship in Mi-do, a sushi chef who helped him recover after his unexpected release. The path toward enacting revenge is nonlinear, and Oh Dae-su learns the reasons behind his capture stem all the way back to his childhood.Director Chan-wook Park (Lady Vengeance) won the Grand Prix jury award at the 2004 Cannes Film Festival for this second installment in his trilogy focused on revenge. While the plot dabbles in love, sensuality and suspense, it is the idea of vengeance that connects the otherwise disparate elements of the diegesis. Although it is not truly a plot twist, the revelation about the origins of this system of revenge is both satisfying and surprising, even if the complete explanation is a little tenuous.Oldboy is an exciting entry point into the world of Korean cinema, in that it constantly reminds the viewer that it is not a product of Hollywood. It is far more subtle, daring and violent. The term sadistic is even appropriate on multiple occasions; a certain extraction scene will confirm all early childhood suspicions that people who examine teeth are inherently scary and evil. Although this mystery thriller requires the viewer to witness extreme levels of pain, the violence furthers Park's goal to instill the film with tragic pathos.Talks of an American remake of Oldboy have been around since 2008, when rumors began circulating about Steven Spielberg (E.T.) directing the film with Will Smith (Men in Black) in the leading role. However, the project was apparently abandoned shortly thereafter and remained dormant until director Spike Lee (Do the Right Thing) revived it in 2011. Now, Lee has officially confirmed the American remake with a release date of Oct. 11, 2013.  The film is set to star Josh Brolin (No Country for Old Men) as the leading actor. As the buildup to this new release grows, critics and fans alike have started revisiting the now-classic original.Regardless of this newfound hype, Oldboy is an excellent film in its own right and it offers a level of visceral drama that is rarely found within Netflix's streaming library. Even for those who find foreign films disconcerting, Oldboy is an excellent introduction to international cinema. Despite the strangeness, confusion and violence, it is hard to look away.

In two months, a quarter of the Rice population is destined to confront the real world for the first time. In this strange new post-collegiate world, not having a summer job rapidly translates into unemployment. Going through this exact same dilemma is Adventureland's (2009) central character James Brennan (Jesse Eisenberg). Brennan had originally planned on spending his post-graduation summer in Europe, casually enjoying a flaneurial existence, but recent changes to his parents' financial situation instead require him to work over the summer before starting graduate school in the fall. While James' Oberlin College degree and passion for Charles Dickens' writings make him an excellent candidate for journalism school, his general lack of work experience renders him unemployable for almost every minimum-wage job he can find in his native town of Pittsburgh. "I majored in comparative literature and Renaissance studies," reveals Brennan to his mother after another failed attempt to find a job. "Unless someone needs help restoring a fresco, I'm screwed." Still, he eventually finds gainful employment through his scrotum-punching childhood neighbor, "Frigo," as an over-educated carnie at the family-run amusement park, Adventureland, where Bill Hader and Kristen Wiig hilariously serve as the married managers.More than anything else, this movie succeeds at capturing summer. It brings to life the situational relationships that develop from the hate of menial employment and thoughtfully demonstrates how aestival employment intensifies our protagonists' personality-defining virginity.Although very few current Rice students were alive during the 1970s, it is easy to appreciate the sense of nostalgia that the period setting lends this film. Also, it allows writer and director Greg Mottola to employ a well-constructed soundtrack filled with overlooked Midwest punk icons such as Husker Du and the Replacements.The acting is generally strong. Even though the central role is not a stretch for the typically typecast Eisenberg, his signature blend of effete and thoughtfulness works well in this role. Even the perpetually criticized Kristen Stewart (Twilight) offers a very convincing performance as Em, Brennan's principal love interest. Her surprisingly nuanced acting helps her develop her character beyond her limited role as an object of virginal desire. Freaks and Geeks fans will also be pleased to see the screen prowess of actor Martin Starr as the Gogol-reading Adventureland employee Joel Schiffman. The only moderately unsatisfying acting comes from antagonist Ryan Reynolds (Definitely, Maybe) as the park's general repairman.   The film strikes a consistently pleasant balance between laughs and sentiment, and with easy access through Netflix instant streaming, this film works well as a springtime date-night movie.

"All you can do is pray for a quick death, which you ain't gonna get," says the tortuous Mr. Blonde in Quentin Tarantino's 1992 directorial debut, Reservoir Dogs. As these sadistic words come out of the dancing psychopath's mouth, you realize that this movie is in an elite sphere of films that force you to question the bounds of human violence. Reservoir Dogs became available on Netflix instant streaming this January, and a retrospective viewing of this now timeless classic reveals how this modern master started his genre-spawning career. 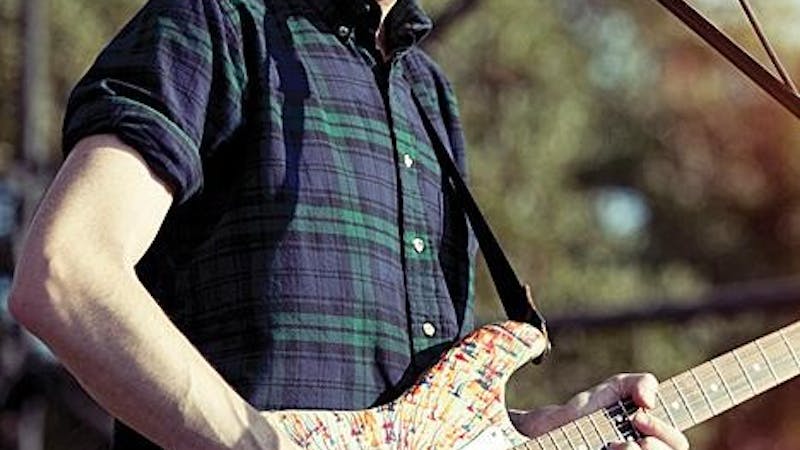 The official slogan of the city of Austin, Texas, is "The Live Music Capital of the World." Bolstered by the widely syndicated public broadcast program Austin City Limits and some of the nation's best-known music festivals, Austin certainly tries to make this claim a reality. Fortunately for Rice students, this often means acts will schedule a tour stop in Houston. Sometimes, however, the draw of large headlining acts and multiple days of nonstop music is enough to pull Rice students out from within the hedges toward this live-music mecca.

Thanksgiving calls for the gift of an extra class-free Wednesday

Next Thursday marks my favorite holiday of the year. Thanksgiving is a day set aside for excused gluttony. Last year, however, my favorite holiday proved more of a hassle than anything else. The reason: Rice's insistence on lying to itself as an institution.