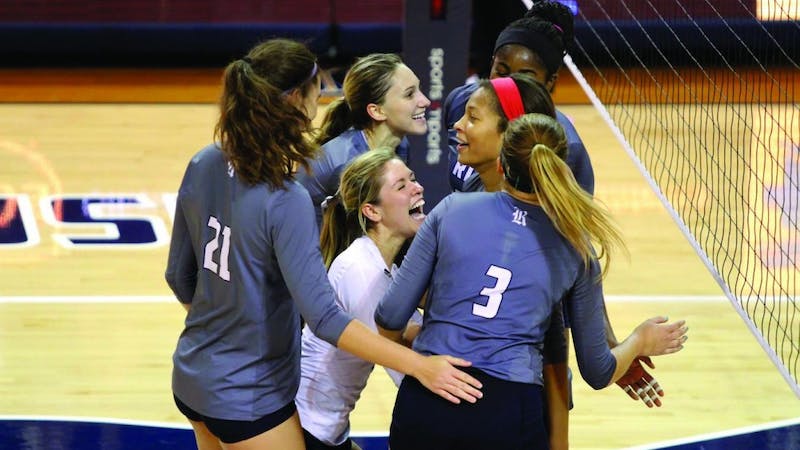 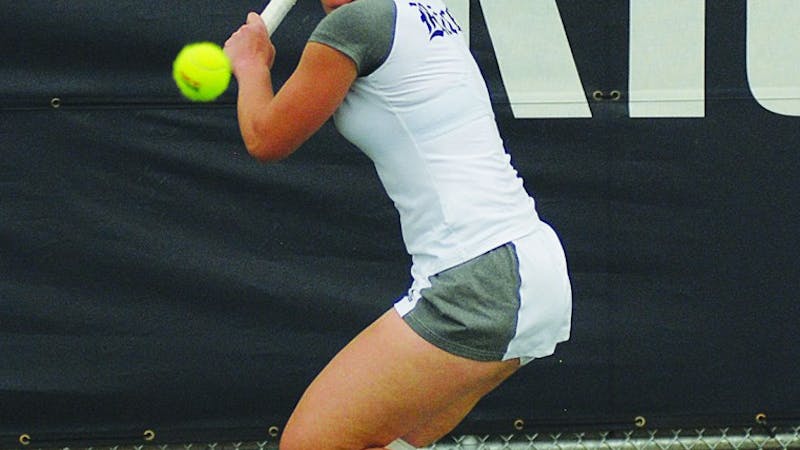 Despite winning only four of their first 11 matches, the Rice women’s tennis team has been on a winning streak recently, having won their fifth straight match. The Owls knocked off the No. 34 College of William and Mary 5-2 on Sunday. 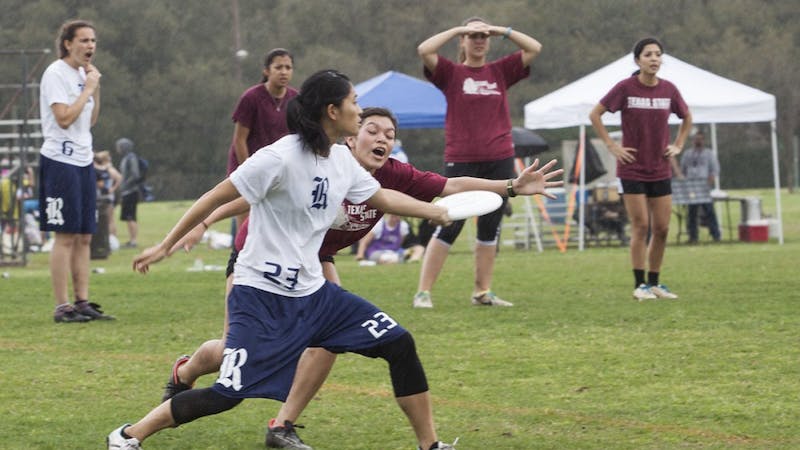 Rice University’s club women’s ultimate frisbee team, Torque, competed in and won the Houston Antifreeze Tournament this weekend. After winning the Division III national championship last season, Torque hopes the victory in the tournament is the first step in repeating in 2015.Rice placed first in the tournament after posting an undefeated 7-0 record. The other teams represented at the tournament were the University of Texas, Austin, Carleton College, Trinity University, University of Texas, San Antonio, Texas A&M University and Texas State University.On the first day of the tournament, Texas State proved to be the hardest match of the weekend. The game was close throughout, going back and forth between the two sides until Rice won on the deciding point, 7-6. One of the more anticipated matchups for Rice was against the Carleton Eclipse. They were Rice’s opponent last year at the 2014 USA Ultimate Division III College Championship, in which Rice defeated Carleton 15-9. During this match, Rice was able to close the gap with a score of 11-5. On the second day, Rice played Texas State in the finals. Although the game remained tight until halftime with Rice leading 6-4, Rice gained momentum and shut out Texas State in the second half to beat them 13-4.Senior captain and handler Nichole Kwee said the team’s improvement on defense during the second half led to the team’s victory in the championship round.“We used halftime to really refocus,” Kwee, a Baker College senior, said. “We made adjustments to have smart matchups on their key players and shut down their deep game. The whole team really stepped it up on defense.”The team hopes to continue with their dominant play and hopefully repeat at this year’s College Championships as well.According to senior deep Erika Danckers, the team’s season goal is to perform to the best of their ability, even if it means not repeating as champions.“I think there’s a lot of success that can’t be defined by winning or losing at a tournament,” Danckers, a Hanszen College senior, said. “My goal for the team this season is to reach our full potential as a group and really learn to play well with each other.”Danckers said she hopes to see the team improve over the next few years and possibly advance to higher levels of competition.“I hope to see our program continue to grow in size and increase our level of play,” Danckers said. “It’d be amazing if in five to 10 years from now we can support multiple teams that are competitive at both the [Division I] and [Division III] level.”

The Rice University women’s basketball team fell short to the University of Alabama, Birmingham, 75-59. The loss brought Rice’s record to 7-16 overall and 2-10 in Conference USA.Senior forward Christal Porter led all Rice players with 21 points, 15 rebounds and three blocked shots in the loss. Sophomore forward Jasmine Goodwine also put up 15 points in the losing effort.The Owls averaged a league-leading 43.6 rebounds per game entering the game, but the Blazers outrebounded them 38-35. UAB also shot 56 percent from the field while taking 10 fewer shots than the Owls. The Blazers outscored the Owls 40-26 in the paint.According to Head Coach Greg Williams, Rice’s defensive play was the primary reason for the loss. UAB’s post players went 17-for-25 in the game, and Rice was outscored 26-40 from inside the paint. “Our perimeter defenders also got beat one-on-one off the dribble for several layups, leading to our worst field goal defense of the season,” Williams said.The Owls fought back after being down 34-25 at the half. Rice pulled the game to within six points with 17:28 remaining in the game, but was unable to close the gap. The Blazers went on a 9-0 run to go ahead 51-36. Rice made another run that cut the lead to 10, but UAB made a 8-0 run of its own to make it 62-44 with 9:34 remaining on the clock.Coach Williams said he was happy with some things his team was able to do despite the loss. “We just missed open shots,” Williams said. “We did shoot a few too quickly without enough ball movement … We did hit the offensive boards well.”The Owls and Porter, who will be going for her seventh consecutive double-double, will try to bounce back at Tudor Fieldhouse when they host Florida International University (3-20). FIU is currently riding a 14-game losing streak and has won one game in their past 21 contests. The game will tip off on Thursday, Feb. 19 at 6 p.m.

The Rice University women’s tennis team faced off against Texas Tech University this weekend, falling 4-1. Senior Natalie Beazant, ranked no. 24 nationally, continued her unbeaten career against the Red Raiders. Beazant improved to 9-0 lifetime against Texas Tech. She beat the Red Raiders’ Kenna Kilgo 6-0, 6-3, but her victory wasn’t enough against a Texas Tech team that won the last three matches on courts three, four and five.Junior Solomiya Zinko, senior Stephanie Nguyen and sophomore Katherine Ip went into their matches tied 1-1 but came up a just bit short. Zinko fell 7-5, 4-1, Nguyen lost 6-4,6-4, and Ip lost 7-6, 2-1. Additionally, the team lost both doubles points 6-4 and 6-3.According to Head Coach Elizabeth Schmidt, the loss hurts but will provide the team with insights into how they can improve.“I thought we put ourselves in [a] good position to win it but [we] just didn't keep our energy and aggression up enough to seal the deal,” Schmidt said. "While we are frustrated with this result, I am encouraged and confident that our team is walking out of Lubbock with a clear picture of what we need to do to continue to improve and grow."The Owls will try to bounce back against no. 6 ranked Baylor University on Friday, Feb. 13, and the University of Louisiana, Lafayette on Sunday, Feb. 15.