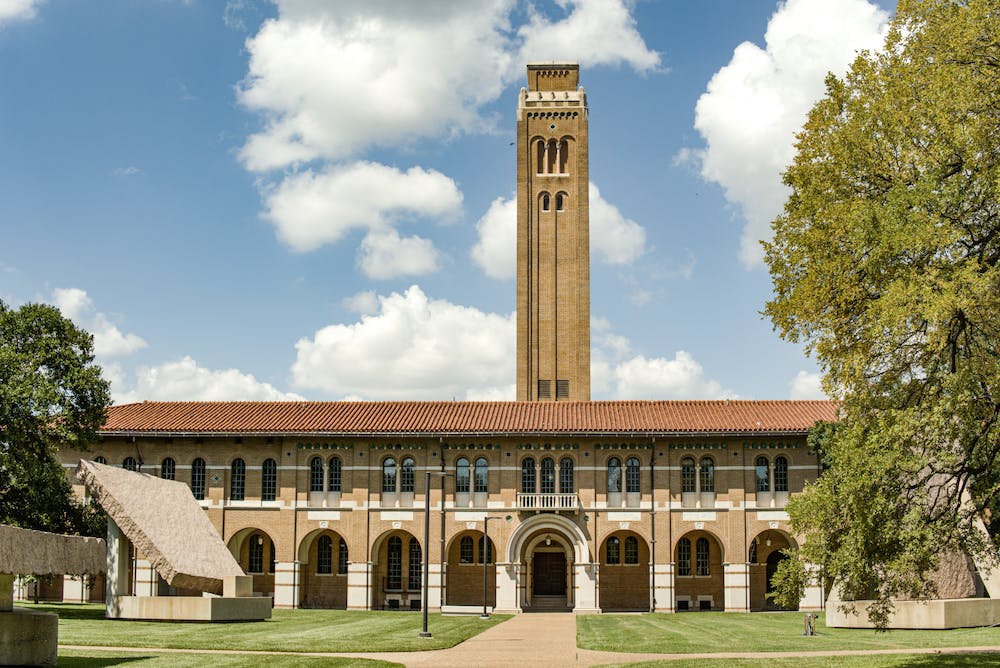 Maxfield Hall held a ribbon cutting ceremony on Sept. 13, following renovations beginning in fall of 2020 to convert the previous Mechanical Laboratory into a concentrated space for the statistics department. Its renovation was previously scheduled to be completed by May of this year.

The building is named after sponsors Robert and Katharine Maxfield of the Maxfield Foundation, who contributed $5 million to the project. It provides the statistics department its own building in the Engineering Quad, a department that is normally housed in mathematics, according to Luay Nakhleh, the dean of engineering.

Nakhleh said statistics is a fundamental tool for engineering in general.

“It’s very hard to find any faculty member doing research where they don’t use statistics and probability in their field,” Nakhleh said.

“The [Mechanical Laboratory] was actually not utilized. I believe even the basement itself was abandoned there, it was not used for anything,” Nakhleh said.

Lila Frenkel, a statistics major, said she was excited the department has its own building.

“Despite the major being relatively small for STEM at Rice, there hasn’t been much community within it,” Frenkel, a Duncan College senior, said.

This renovation comes at a time of new construction and demolition at Rice; the university also has plans to build a new facility for the arts, and a new building for science and engineering. Nakhleh said the engineering department has outgrown its current space so the new engineering building is going to be a large addition for them.

Some of their other departments, like the mechanical engineering department, which was once housed in the Mechanical Laboratory, have dealt with space issues. Schaefer said that the undergraduate student enrollment in the school of engineering comprises 40 percent of the university.

“If there was a specific building for mechanical engineering classes, we could have classrooms that were more equipped for what we were doing,” Ribordy, a Martel College senior, said.

“Our space needs are holding us back in providing the best Rice education that we can, and supporting the cutting edge research that can help address pressing societal problems,” Schaefer said.

Nakhleh said he believes that the renovation of Maxfield Hall is the right step to providing other departments, like mechanical engineering, other cohesive spaces on campus.

“We need to offer the best environment for our faculty to do the research for our graduate students to do the research, for our undergraduates to do, to have their best educational experience,” Nakhleh said. “We need to renovate space all the time, just to stay up to speed ... so I’m very excited about it.”