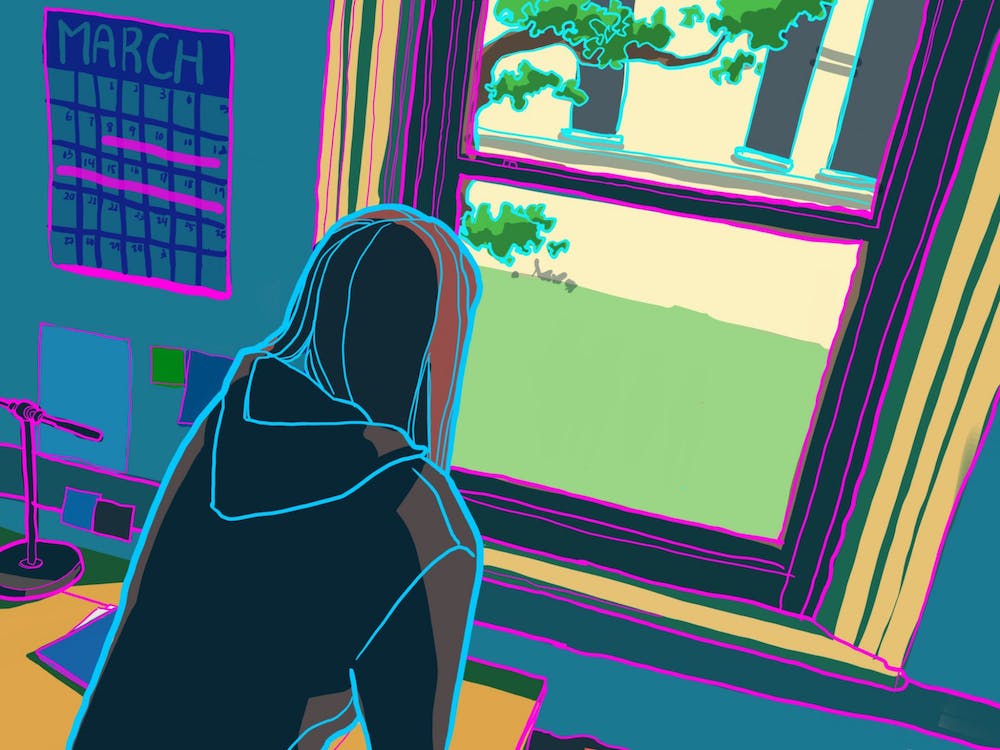 Rice Crisis Management canceled all classes for the week of March 9, along with all on-campus public events with more than 100 attendees through April 30, according to an alert sent on Sunday afternoon. The cancellation follows the confirmation of a Rice employee testing positive for the novel coronavirus disease, COVID-19, which was reported last Thursday.

Kevin Kirby, vice president for administration, said one of the reasons for suspending classes before spring break was to give faculty time to think about the logistics of moving classes online if social distancing becomes necessary.

“We have a lot to work through,” Kirby said. “We originally thought we would have four, five, six months to do this. Now we have a bit more urgency around understanding what that looks like.”

Kirby said there are currently discussions in the Faculty Senate about what it would take to put all classes online in two weeks, but no decision has been made yet.

“Things are accelerating, not just here in Houston but nationally,” Kirby said. “There hasn’t been a decision yet that we’re going [to put all classes online]. It could be as early as two weeks [from now]. We might decide we’re gonna do it a month from now. We might decide we’re not going to do it until the fall.”

Citing the volume and variability of class instruction, Kirby said that moving to online classes is logistically challenging.

“It’s not so easy as just saying ‘We’re going to put everybody on Zoom’ because that accounts for maybe a third to 40 percent of all the classes [and] there are all kinds of other instructions,” Kirby said.

According to Kirby, the confirmed coronavirus case at Rice created the need for heightened precautions.

Other universities such as Stanford University, University of Washington, Vanderbilt University and Princeton University have already announced that all classes would be taught remotely for either part or all of their remaining terms. On Tuesday, Harvard University, which has no confirmed cases on campus yet, announced the migration of all classes online and asked students not to return after their spring break.

Priscilla Huh, a Will Rice junior, is an out-of-state student. She said that the administration should give students a final decision on whether or not campus will be open after spring break as soon as possible so that they can make plans and pack up personal belongings accordingly.

“I think it’s unfair that they’re not giving students enough time to prepare for whatever decision is made,“ Huh said. “It is especially unfair to out-of-state students who want to minimize the cost of flights as well as the risk of infection in airports and planes.”

Crisis Management alerted the Rice community on Feb. 29 that a research staff member had been possibly exposed to the coronavirus while on overseas travel and noted that individuals in contact with the employee on Feb. 24 and 25 had been asked to self-quarantine. The 17 individuals, including faculty, doctoral students and staff, were self-isolating off campus, but no undergraduates were in contact with the research staffer, who also did not enter any other buildings or ride the shuttles.

Kirby said the employee self-reported her coronavirus exposure to Rice officials on Feb. 29. He added that all the other members asked to self-quarantine did so voluntarily, and praised their sense of responsibility.

“Our employee has been incredibly responsible and caring about the health of the Rice community and she’s been doing all the right things,” Kirby said.

Harris County Public Health said the employee, along with all the other positive cases in Houston, was exposed to the coronavirus while on a cruise in Egypt. Kirby said the employee is now in stable condition at the hospital.

“It’s not because we believe that there’s any greater risk,” Kirby said. “But because people have been asking, and so we’re trying to respond to a large number of people who’ve been asking about that. So it’s, you know, we’re trying to be responsive to our community and still protect the privacy of the person.”

Students, especially those who identify as immunocompromised, expressed concerns about the initial lack of disclosure.

Elijah Lipkin, a Will Rice College junior, said that he was alarmed by Rice’s lack of transparency over the location.

“[Not informing all students] is to potentially put everyone, especially those who are immunosuppressed, at grave risk,” Lipkiin said. “If another case is reported, I will not feel safe going to campus.”

Bart Salmon, assistant vice president for facilities, said that Rice custodial staff, under the supervision of the assistant director for custodial and the custodial manager, conducted the sanitation and disinfecting efforts in Keck Hall. According to Salmon, custodians wore rubber gloves prior to and during the cleaning process.

While research is set to continue as long as it is conducted in small groups, Kirby said that Rice is committed to the needs of both undergraduate and graduate students and that further research precautions for graduate students will be soon released.

“Just like we’re trying to make sure that undergraduates aren’t being inappropriately asked to do certain things, we want to make sure [of] the same for graduate students,” Kirby said.

To anyone wanting more information, Kirby said all they need to do is ask.

With conflicting messages from press reports, the high consequences involved, and the difficulty of finding authoritative information, Kirby said he is not surprised that people think Rice could be hiding information as well.

“I think it’s normal for people to sort of think that there are things that are being hidden or questioned,” Kirby said. “People want more information. As I tell the students in my class, if you’re really interested in the subject, don’t watch CNN. If you really want to know what’s going on, go to the CDC website.”

“If there was enough caution to sanitize the building and self-quarantine [individuals], then students should know, especially because they have no idea who could’ve came in contact through surfaces,” Nathani, a Will Rice College sophomore, said.

Following the announcement of the confirmed case and the location, Dean of Undergraduates Bridget Gorman’s office sent a survey to all undergraduate students regarding individual’s health and accommodations needs.

Associate Provost Matt Taylor said he is working with the dean’s office and Housing and Dining to assist students who self-identify as immunocompromised or have other health vulnerabilities. Taylor said they are reaching out to students with vulnerabilities to see if they would prefer to be moved to an alternate campus housing location if their current location poses a risk. Taylor also said that H&D is working on plans for delivering food to vulnerable students living on campus.

Taylor said that H&D has been trying to secure hotel rooms to increase the number and type of alternative spaces we have for students with health vulnerabilities.

“Unfortunately, quality hotel rooms that meet our students’ health and confidentiality needs, especially in facilities that are close to campus, are extremely hard to come by thanks to the Houston Livestock Show and Rodeo,” Taylor said. “At the moment, it appears unlikely that Rice will be able to secure more than a handful of such rooms; so, our focus now is on how best to safeguard the health of students with on-campus resources.”

Kirby said that the administration will try to accommodate all employees and students who have underlying medical conditions that increase concerns about their current working or living environments.

“If they have very specific concerns or requests, we’re trying to accommodate those or if we don’t know about them, we encourage people to come forward and make a request,” Kirby said.

The Crisis Management Team’s decision to prohibit all on-campus events expecting over a hundred people through April 30 meaning that Beer Bike has been canceled.  No decision has been made regarding commencement ceremonies, which are scheduled for May 15-16. Office of Admission tours and events have been canceled till April 30. Student-run businesses have closed until spring break.

While the alert stipulated that public events, gatherings and parties with more than 100 people were prohibited, there are plans for implementing safeguards in other popular areas such as the serveries, according to Kirby.

“What we were focused on [Sunday] in our announcement were policy decisions,” Kirby said. “We have a number of ideas, for example, about how large groups of people who would normally be together might be broken down into smaller groups. We might well start having people come in shifts [to the servery, and] space out that many people congregating simultaneously.”

Although official, university-sponsored international travel to countries on the CDC’s level 2 and 3 warning list remains restricted, Rice has placed no restrictions on domestic travel, according to Kirby.

“At this moment in time, there’s no reason to change our domestic travel policy,” Kirby said. “We will revisit [the policy] again over the coming weeks and it may change.”

Taylor said that students who travel internationally over break do so at their own risk. Travelers to level 2 or 3 countries will be required to self-quarantine off campus for two weeks with no financial assistance from Rice. This also applies to students who travel to a country that is added to the level 2 or 3 warning list by the time the student plans to return.

“Students who choose to travel to these countries do so at their own risk and in disregard for precautions issued by the CDC and Rice,” Taylor said. “Accordingly, Rice will not provide any assistance for any costs associated with self-quarantining or other repercussions from such travel.”

Beginning this week, the administration set up a community information center to handle the influx of questions about the coronavirus on campus, according to Kirby. Administrators and student leaders have asked for community volunteers to staff the hotline, which is open during the week from 8 a.m. to 4 p.m.

“We know we get a lot of calls, and we can’t handle [them] through one person [or] in an ad hoc way,” Kirby said. “So we set up a call center where we log [the calls], track them [and document] what are common questions coming up.”

Kirby said that, ultimately, public health depends on the cooperation of all community members — something that he lauds the Rice community for thus far.

“It’s a little bit like recycling,” Kirby said. “You [alone] can’t make a big difference in the world, but collectively we all can. I’m really impressed with the Rice community. They’ve been responding really well [and] doing the kinds of things we’re asking them to do.”