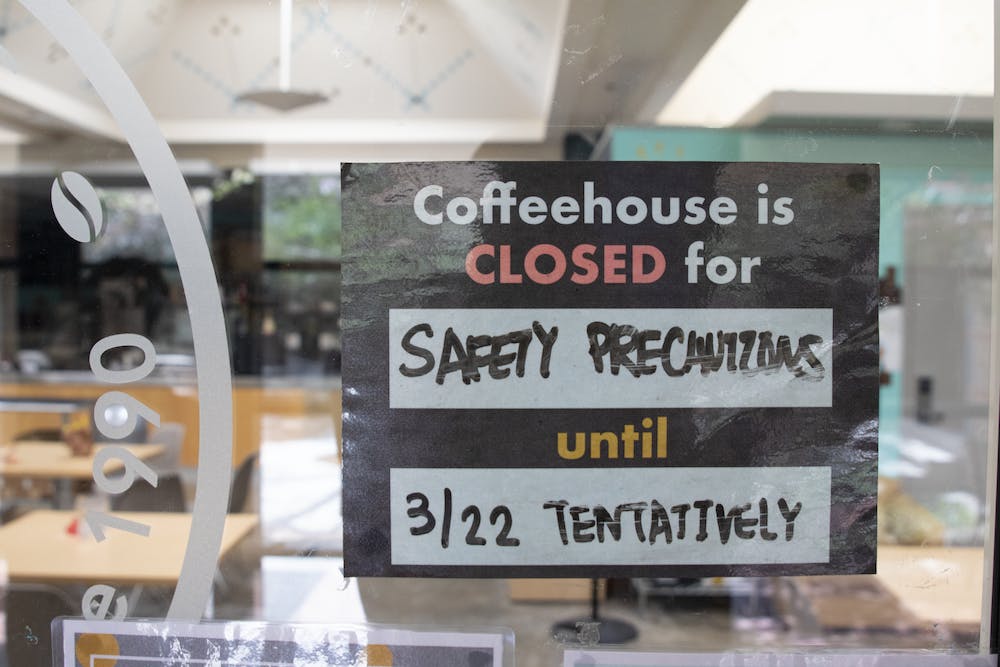 All student-run businesses, including Rice Coffeehouse, Rice Bikes and The Hoot in addition to student-owned East-West Tea, will be closed from now until the end of spring break, according to the businesses’ respective Facebook pages. The closures come in the wake of the cancellation of all classes for the week of March 9.

Other retail food establishments on campus, including FLO Paris, the campus bookstore, Sammy’s and 4.Tac0 are still open as of March 10, according to employees staffing the businesses.

Coffeehouse manager Brendan Wong said that the decision to close Coffeehouse for the week was made based on a survey of employees. The survey asked about employees’ comfort level, ability to work, upcoming schedules and whether or not they planned to leave campus.

“Most of them said that there were specific situations that came about, that were like, this really changes my schedule, and we want to operate with the understanding that Coffeehouse responsibility is not the biggest burden on someone’s schedule,” Wong, a Jones College junior, said.

According to Wong, Coffeehouse employees will be paid for the hours they were scheduled for this week.

“We understand that this situation is out of our employees’ control,” Wong said. “Some of us are able to work, but also, then again, we didn’t want to punish those people that can’t work, or those people who are gone or going home.”

The Hoot manager Christian Owens said that The Hoot employees will also be paid for the hours they were scheduled for this week.

“Right now, the plan is to re-evaluate at the end of spring break. In our decision, we’ll take into account factors such as the comfortability of our employees in working shifts, whether or not classes are being held in person and what our peer SRBs decide to do,” Owens, a Martel College junior, said.

Wong said that in the event Coffeehouse reopens after spring break, new measures may be put in place to prevent the spread of disease.

“For example, at Starbucks they stopped providing their own mugs and taking other people’s mugs as well, so that is something we’re considering,” Wong said.

Coffeehouse will be giving out free coffee and lattes to departments that are still open this week.

“I understand that it’s especially stressful during this time ... part of this is to help us get rid of our perishable inventory, and part of it is ... a lot of departments are still working. So, we’re trying to support them in any way possible,” Wong said.

East West Tea and Rice Bikes did not respond to requests for comment.