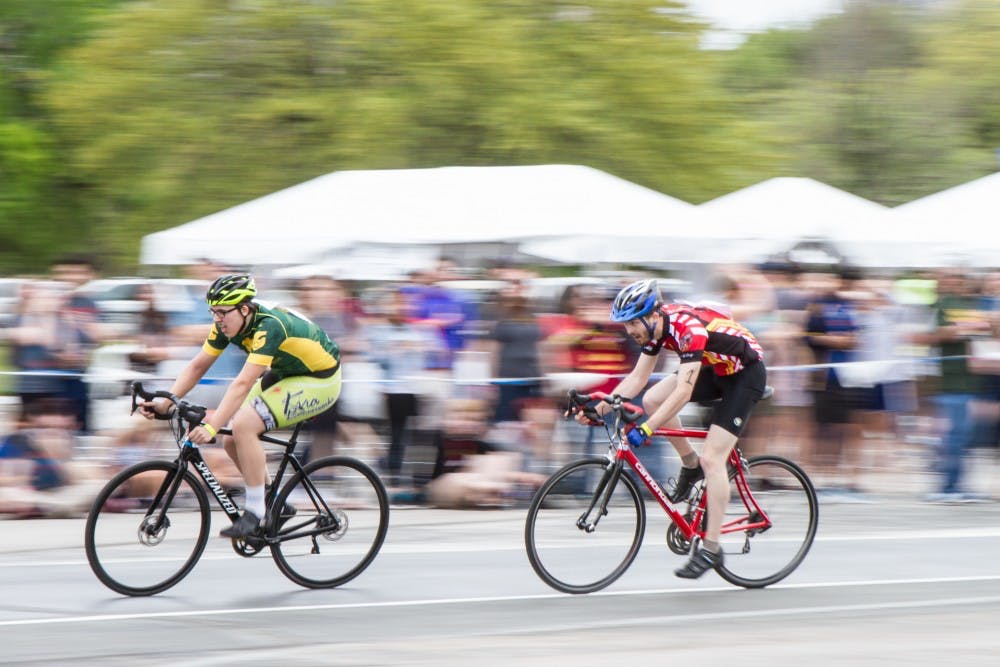 For the first time in its 64-year history, Beer Bike is canceled with no current plans to reschedule.

As part of their response to the emerging crisis of COVID-19, Rice has prohibited all on-campus public events with more than 100 people, following guidelines from the Centers for Disease Control and Prevention, according to a Rice Alert sent on March 8. Beer Bike’s cancellation is one of many — KTRU’s Outdoor Show and spring dance Rondelet have also been canceled.

The races were canceled one other time in 2007 after a student’s sudden death, but the men’s and women’s races were rescheduled for a later date.

The campuswide Beer Bike coordinators said they found out about the event’s cancellation at the same time as everyone else — via the Rice Alert.

“We were not given much indication that such a cancellation was so imminent and it was pretty saddening to see that all the hard work that was put into this won’t culminate into an event,” campuswide co-coordinator and Lovett College sophomore Shreya Menon said. “I understand the need for the cancellation and that the administration is dealing with the crisis the best they can, but that doesn’t make it any less sad or frustrating.”

Eddie Tang, the other co-coordinator, said he felt that he and Menon should have been included in the conversation to cancel Beer Bike.

“[I] felt like the [college-specific Beer Bike coordinators] and I should’ve been included in the conversation about potentially delaying or changing the race so that races could still happen as it is a student-planned event,” Tang, a Baker College junior, said. “[I] felt blinded actually, as we were told [Beer Bike] was not under consideration of being canceled, and all of a sudden [Beer Bike] was.”

“The colleges worked really hard on their Willy Week risk management plan and they were well-detailed,” Freeman said. “Unfortunately, all Willy Week original planned events have been canceled.”

Rice Athletics, club sports and intramural sports will continue hosting outdoors athletic competitions, including spectators, in an apparent exemption to the 100-person capacity rule, according to Chuck Pool, assistant director of athletics.

“Consistent with the communication from the Rice Crisis Management Team, we are proceeding with our scheduled home outdoor athletic competitions as currently scheduled, including spectators,” Pool said. “We are following the [Crisis Management Team’s] instructions to provide all participants and attendees with information about practicing proper handwashing (as suggested by the CDC) as well as taking additional measures to address the public’s concerns about the cleanliness of our venue’s public areas.”

Kevin Kirby, vice president for administration, said that the exemption applies only to outdoor events and that indoor events would be subject to the 100-person restriction. This would include volleyball’s April 4 and April 18 events at Tudor Fieldhouse.

Pool said that there are currently no plans to limit seating at athletic events to 100 people. He also said that Rice Athletics will continue to participate in events “in or out of the state of Texas,” but that athletics has no international events scheduled for the remainder of the 2019-20 athletic calendar.

The 29th KTRU Outdoor Show has been canceled with no plans to reschedule, according to Outdoor Show Director Katelyn Landry. Landry said that the next show will be on April 24, 2021.

However, Wiess College Tabletop Theatre’s “Hello, Hamlet!” is still on for now. In a statement, the Hamlet production team, led by Martel College senior Tori Joshi, said that they aim to maintain the original quality of the performance.

“As it stands, our aim is to hold performances of ‘Hello, Hamlet!’ with its originally intended production quality,” the production team wrote. “We are still developing the logistics for the exact presentation of the performances to ensure we remain within the current university guidelines. We are committed to working with the administration and following their directives throughout this process, and while we are dedicated to the show, safety remains our number [one] priority.”

Parties on and off campus

The remaining public parties this semester have effectively been canceled, including Brown College’s popular Bacchanalia, a toga-themed party.

Jasmine Lee, a Brown social chair, said the social chairs did not find out about the cancellation until the campuswide Rice Alert was sent out.

“We had just started preparing everything for the party ... We had already settled on a theme as well,” Lee, a sophomore, said. “I actually received an email from the lighting/sound person asking if Bacchanalia was canceled even before I had let them know since they probably heard the news from other sources.”

The biggest off-campus party, Rice Program Council’s Rondelet, has also been canceled, citing concerns about COVID-19. An RPC Facebook post stated that they would cancel ticket sales and follow up with those who had already purchased tickets. Samantha McClendon, RPC’s executive team liaison to its socials committee, said that they confirmed that the ban on 100 people applied to Rondelet.

“The size and scope of Rondelet doesn’t lend itself to being cut down to 100 people,” McClendon, a Martel College junior, said. “Given the time and work that has been put into Rondelet and the experience it provides the student body, we are deeply saddened by this cancellation and are currently exploring alternative ways to serve the Rice community throughout the remainder of the semester.”

Disclaimer: Landry is the arts and entertainment editor for the Thresher.