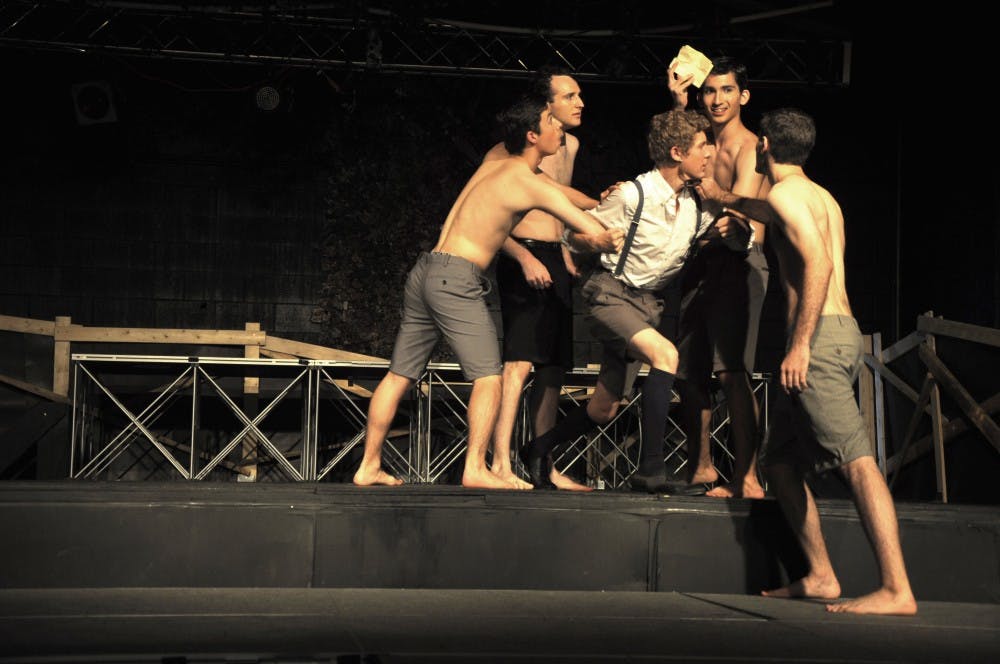 If you are anything like me, your first experience with sexuality was not the suave, controlled, balletic interplay of gleaming flesh and whispered confidences that is so often presented as the norm in popular culture. For most of us, that inaugural moment of physical — if not mental or emotional — maturity is marked not so much by sensuous rhythm as by awkward fumbling, too much of some things, and far too little of others. It is difficult to feel proud of or reminisce fondly about these experiences. And yet, there is an honesty inherent to this lack of polish, an earnestness that diminishes as we become more confident — or simply better at hiding how confusing relationships can be. The production of “Spring Awakening” by Sid Richardson and Will Rice Colleges shares many of these qualities with its subject matter; though the production makes some missteps and is marred by myriad technical issues, it attains an earnest, stripped-down quality which makes the play thoroughly enjoyable.

“Spring Awakening,” adapted by Steven Sater from a play of the same name by Frank Wedekind, deals with teenage sexual discovery in 19th-century Germany. The adapted version takes the form of a Broadway rock musical, featuring raucous songs such as “Totally Fucked” and “The Bitch of Living” that confer a bohemian, modern feel to what is otherwise a fairly moralistic story about the difficulties and consequences of sexual exploration. In fact, the songs may be the most fun part of “Spring Awakening,” as they are for the most part anthemic and full of sexual innuendos that leave one grinning. Despite these lighter moments, the play as a whole is quite dark, and the second act disproportionately so. Though its ultimate message is one of hope, “Spring Awakening” only barely manages to reverse the tragic spiral before its end, marring the authenticity of this positive turn.

The primary characters are Wendla, played by Lovett College junior Sarah Grace Graves; Melchior, played by Will Rice freshman Will Grimme; and Moritz, played by Martel College sophomore Jake Reinhart. Of these three, Grimme is the true standout, displaying a tremendous range of emotion and a talent for both singing and acting. Graves is quite clearly a capable singer, but is so quiet and given so little to do otherwise that her character almost disappears into the background during many scenes. In contrast, Reinhart performs an incredibly arresting interpretation of Moritz, but his singing leaves much to be desired. The rest of the cast is capable; though no one steals the show, there are also no significant failures in acting or singing. Of note are Sid Rich junior Meg Brigman and Jones College senior John Paul Peng, who play all of the adult roles. Though these various personas are slightly differentiated, it is at times difficult to discern which adult character is being portrayed, leading to some confusion as the events of the play unfold.

The biggest problem with the Sid Rich and Will Rice production of “Spring Awakening” is the technical setup. The production is staged in the Sid Rich basement, and perhaps due to the acoustics of the space, its sound production leaves much to be desired. To the play’s credit, it does feature a live orchestra, but the choice to mic actors at certain points and not at others is disastrous for the audience experience. The effect of this, in short, is that the play is deafening at one moment, then far too quiet at the next. Comprising only a few risers and some paper mache leaves, the production’s set also leaves much to be desired, passing the realm of minimalism and proceeding to boring. This set design has many impacts, not the least of which is limiting actors’ blocking to combinations of jumping, standing in place or sitting down in arbitrary spots on the blank stage.

However, these problems do not subsume what is genuinely great about “Spring Awakening”: its authenticity. It is clear that everyone on stage is having a good time and doing their best at all points, and one cannot help but enjoy this sincerity. Though the acting, singing and technical aspects of the production are uneven and could use improvement, they are enough to convey the core points of the play. This is, after all, college theater; though “Spring Awakening” is not a match for the more polished productions put on by the visual and dramatic arts department or the Rice Players, it certainly manages to entertain. Putting on a musical like “Spring Awakening” was an ambitious goal for Sid Rich and Will Rice, but the result is still a joy to watch. 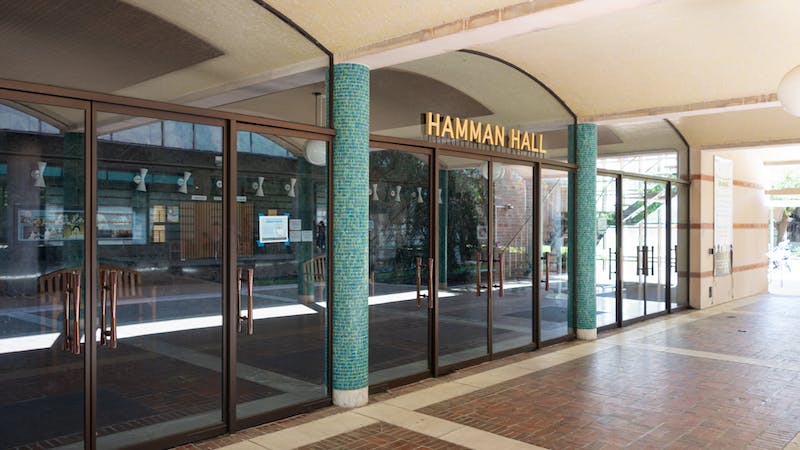 Theatre expected to split from VADA

In the coming years, Rice’s visual and dramatic arts department is anticipating a drastic restructuring of its current curriculum, according to Dean of Humanities Kathleen Canning and VADA Chair Bruce Hainley. Theatre students voiced concerns about these changes, as well as safety and Americans with Disabilities Act compliance issues in the current theatre building, Hamman Hall.