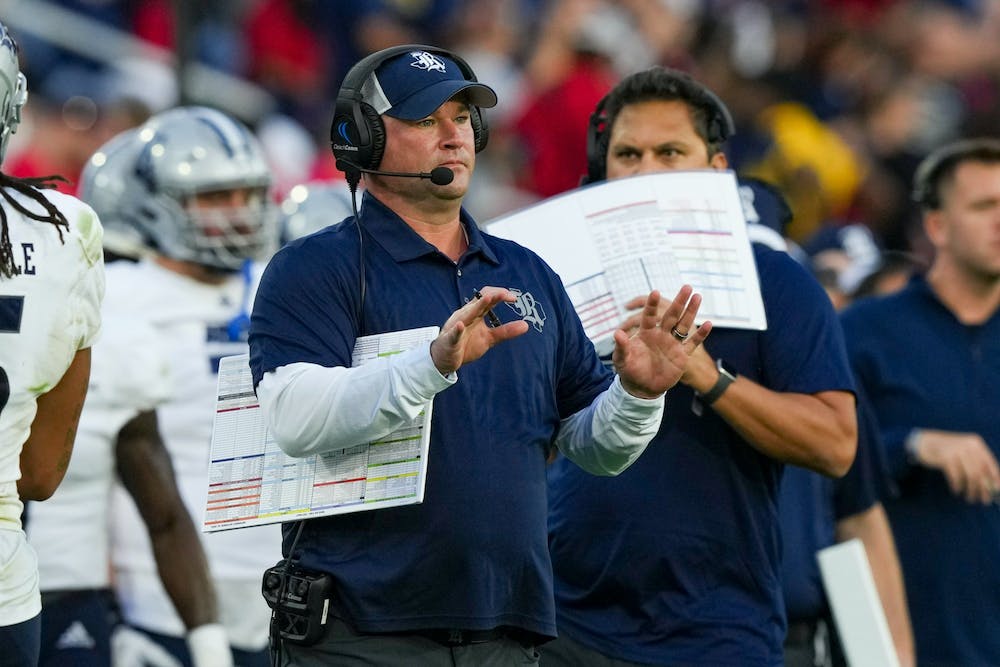 Mike Bloomgren will return next season for his sixth as the head coach of Rice football, an athletic department official confirmed Saturday. While Bloomgren’s initial five-year contract was set to expire this year, the official said that he is under contract for the upcoming year after signing an extension in 2020. The total length of the extension is unknown.

Over five seasons at the helm, Bloomgren has led the Owls to a 16-38 record, including a 5-7 record this season. The team has improved its win total during each season under his leadership, with the exception of the pandemic-shortened 2020 season.

In a statement later published by The Roost, Athletic Director Joe Karlgaard said that while the program hasn’t progressed as quickly as he would have liked, there have still been enough positives this season to earn Bloomgren another year.

“Our progress over the last several years has been slower than we had hoped but we did post our highest win total since 2015 and our players were exceptional in the classroom,” Karlgaard said.

According to Karlgaard, Bloomgren’s ability to navigate changing NCAA rules regarding sponsorships for players and transfers also contributed to the decision to retain him.

“I’m proud of the roster and foundation that coach Bloomgren and his staff have built and how we’ve navigated the shifts to the environment so far,” Karlgaard said in the statement. “But for us to strive for excellence in the future, we’re going to have to be innovative, progressive and values driven.”

The news comes just days after it was announced that the Owls would play in the LendingTree Bowl, their first postseason berth since 2014. Despite falling one win short of bowl qualification, Bloomgren’s Owls received a postseason bid when not enough teams reached six wins to fill every bowl game.

Bloomgren will look to secure his first winning record next year when Rice joins the American Athletic Conference.