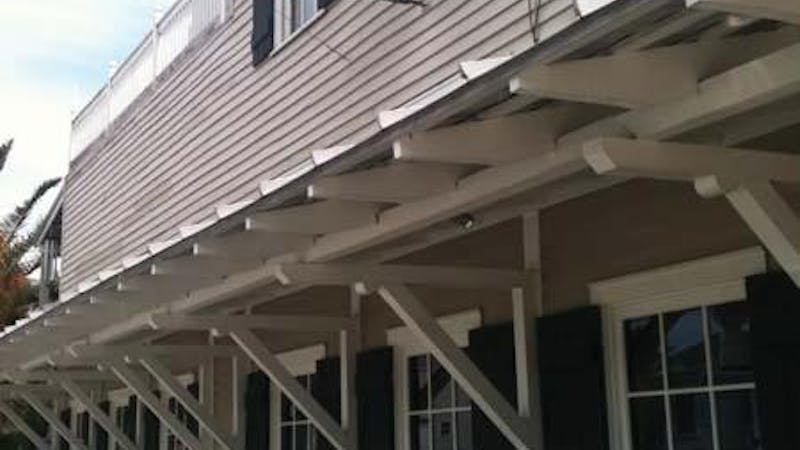 Houstonians have a  sometimes complicated and hypocritical relationship with the large island to their southwest. They are quick to express umbrage about the arrogance of northeasterners  dismissing their city, but they put down Galveston with a similar hubris. "The ocean is dirty, the island is gross, and the place is trashy," they claim. Of course, this does not stop them from going to the island year after year.

Rice's ship of state headed toward catastrophe if ignored any longer

SA needs to be abolished, replaced 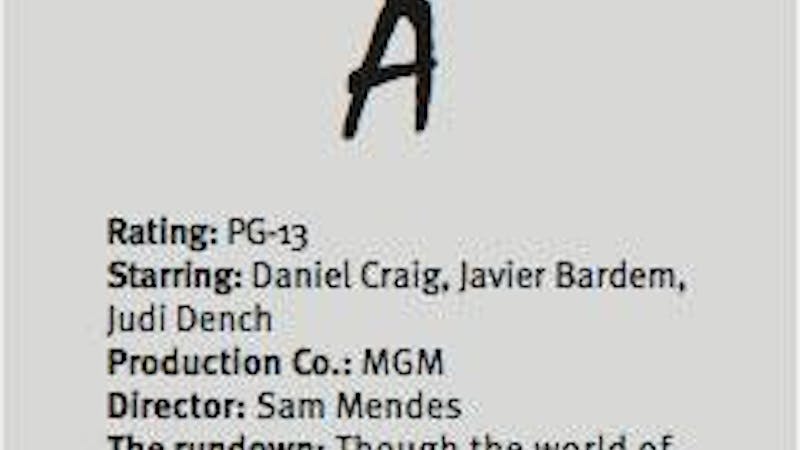 Craig rises to occasion in Skyfall

In the middle of the latest James Bond film, Skyfall, the nefarious Raoul Silva (Javier Bardem, No Country for Old Men) meets Bond (Daniel Craig, Casino Royale) for the first time and asks Bond what his hobby is. Without missing a beat, the world's most famous spy replies: "resurrection." It is an excellent response, not simply because Skyfall begins with Bond falling into a river and being assumed dead, but also because Bond has been resurrecting himself for 50 years. Not only are bullets, knives, pits of exotic sea creatures, gargantuan lasers, tarantulas, rocket fumes, bowler hats, footwear, orthodontia, pastry bombs and other items in a veritable smorgasbord of lethality unable to kill Bond, even time itself cannot conquer MI6's most valuable agent. Like Zeus, Santa Claus and the Easter Bunny, Bond is immortal. 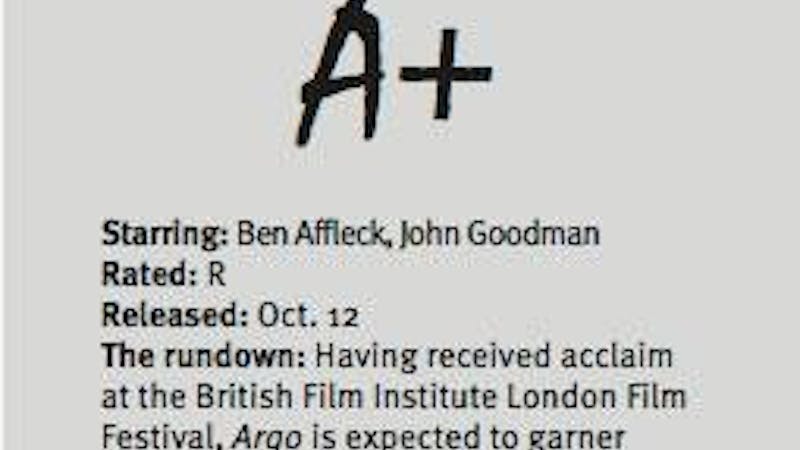 Charles Dickens used the contrasts and similarities of London and Paris in A Tale of Two Cities to comment on the French Revolution, the current unrest of his time and the human condition. Over 150 years later, Director Ben Affleck (The Town) uses the three world capitals of Washington, D.C., Los Angeles and Tehran in his latest film, Argo, a story about the Iranian Hostage Crisis, the current conflicts in the Middle East and the human condition. Just like I would recommend that everyone read Tale of Two Cities, I urge Rice students to go see Argo. Argo tells the true tale of how the CIA rescued six American embassy workers hiding in a Canadian ambassador's house during the Iranian Hostage Crisis: a story of timely significance given the recent attacks in Benghazi, Libya. Those afraid the movie may be above their heads need not fear: The introductory scene provides ample historical background, and my date easily followed the plot despite her lack of knowledge on Middle Eastern history. The film's protagonist, Tony Mendez (Ben Affleck), is a CIA agent whose expertise is exfiltration. He might not have James Bond's gadgets or charm, but he does have an uncanny and understated calm. The audience knows he is a professional. Mendez also has a penchant for drinking, which the film cleverly uses as a way to highlight his journey into Iran, where alcoholic beverages are now a state crime. In fact, the movie is at its best when it draws these smart contrasts between cultures. We first see Mendez in the boardrooms and hallways of Washington, where powerful men make life-and-death calculations, often with imprecise information. Mendez stares in horror at the United States Department of State officials who think the trapped workers can bike to safety in the Iranian winter. The movie then moves to Los Angeles, where lying and blustering are taken for granted. Mendez constructs a plan to shoot a fake Canadian film in Iran in order to save the embassy workers, whom he will disguise as the film's production crew. Mendez recruits makeup artist John Chambers (John Goodman, The Big Lebowski) and director Lester Siegel (Alan Arkin, Little Miss Sunshine) for the ploy. They pull strings and bluff to give the fake movie a legitimate script and office. Finally, there is Tehran. Its beautiful mountains and skyscrapers stand in contrast to the mobs on the streets and revenge killings. By showing the city as both a beautiful tourist destination and hotbed of extremism, Affleck makes it far more real and frightening. The portrayals of these three cities would be an achievement by themselves, but Affleck succeeds in blending them together. A poignant moment comes when a newscast shows protesters burning a flag and kicking someone with whom they disagree. However, this is not in Tehran, but in Houston, as Americans burn Iranian flags and commit racist crimes. Ugliness is not confined to the Middle East.  One of the best scenes in the film is during a press reading of the Argo script in an attempt to give the movie legitimacy. Affleck directs a montage of actors dressed in ridiculous costumes talking about spaceships and the Iranian revolutionaries in Tehran making demands of the U.S. We see that both these groups are trying to play to the cameras. They are both trying to sell a fantasy. All of this could become very depressing, and the film could easily become bogged down. However, Affleck applies a tasteful amount of humor. Yes, this story deals with American lives, but it also deals with an incredibly goofy scheme. Affleck uses the superb Goodman and Arkin to provide comic relief and insights and relishes in the 1970s costumes to add another touch of levity. The movie also has an ultimately uplifting message, and the audience will walk out of the theater with a smile. (On that note, I recommend staying for the end credits, in which the movie shows the real-life photographs of the events.) Throughout the film, the individuals from all three cities prove their courage in their own separate ways. The villain of the movie is the unthinking mob, and the heroes are those individuals who triumph in their use of creativity and intelligence. That is a lesson both powerful and timeless.

The real Romney comes out of hiding

H&D, tear down this servery system