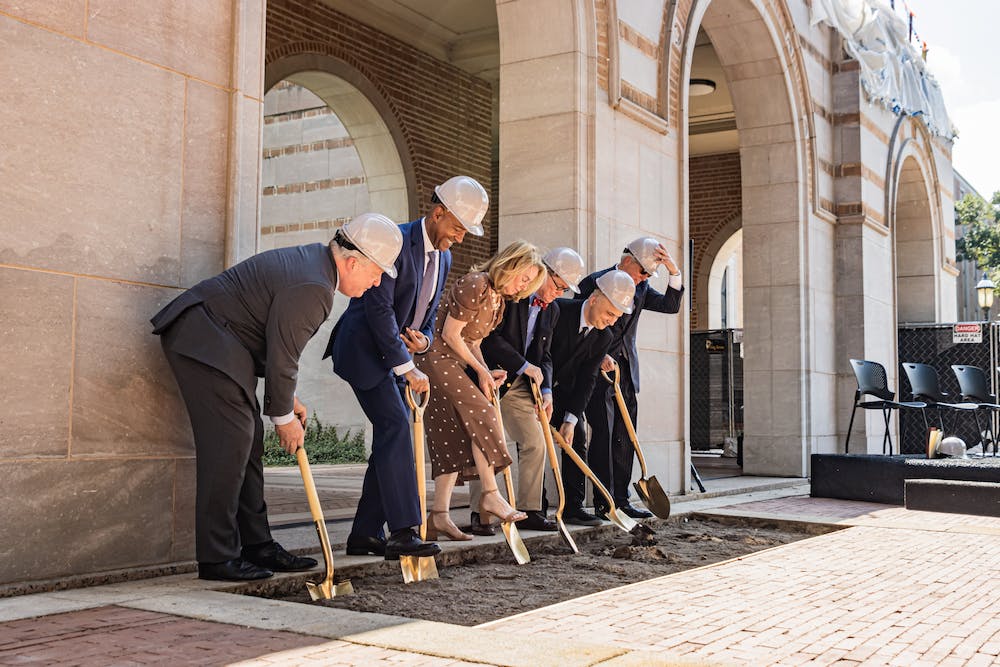 Construction broke ground earlier this month for the new School of Architecture building, a 22,000 square foot structure that will sit adjacent to the current architecture hall.  In 2019, Rice announced the building would be named after Professor William Cannady, who has been a faculty member at Rice since 1964.

Cannady, lead donor, served for 55 years as a professor at the School of Architecture before retiring in 2019, only to become an adjunct professor at the Jones School of Business soon thereafter. Cannady said he is excited for the new addition to the school.

“We have an excellent school, great students, great faculty [and a] great campus,” Cannady said. “There’s some things that we need more of in [the architecture school] spaces. We’re trying to expand the school a little bit. If we do all that, we may have the opportunity to do things we haven’t thought about doing better and also do things better.”

Amber Wang, a junior from McMurtry College and a current architecture student, said the expansion will benefit the growing body of students at the school of architecture.

“The school has already been admitting more underclassmen as of 2021, so the expansion is ... a relief for upperclassman that have experienced shortages of space and resources,” Wang said, “The new building is a reminder to current architecture students like me that Rice architecture is continuing to evolve.”

According to Dean of the School of Architecture Igor Marjanović, the new building will connect to the current existing architecture building and house new facilities that include a fabrication space, new teaching spaces and exhibition spaces for students to display their work.

“We haven’t had a new building or a new addition since 1981,” Marjanović said. “Times have changed a lot since [then]. So the fact that we are having a new facility now, I think, is very transformational.”

“I think Cannady Hall is an aspirational building designed for architects and how they work,” DesRoches said. “Instead of office and classroom space, there’s open, collaborative space for faculty and students, as well as space to make the work of the school more visible to the wider community.”

The building, designed by Swiss architecture firm Karamuk Kuo, will present different possibilities for students exploring different fields within architecture, according to Marjanović.

Jeannette Kuo, of Karamuk Kuo, said that she has enjoyed working with the students and the faculty of the school in designing the building.

“To think about the future of architectural education and what that means and how we can provide for that at Rice, which is, of course, within the U.S., a very respected undergraduate and graduate program for architecture … was actually quite special,” Kuo said.

Marjanović said that naming the building after Cannady reflects his legacy and generosity within the architecture school.

“His legacy is significant in two ways.” Marjanović said. “He gave us the resources to actually build this building. [Also], he’s been teaching our students for more than five or six decades. I think there is nothing more rewarding than to name a building after your colleague and a faculty member who has influenced generations of students.”