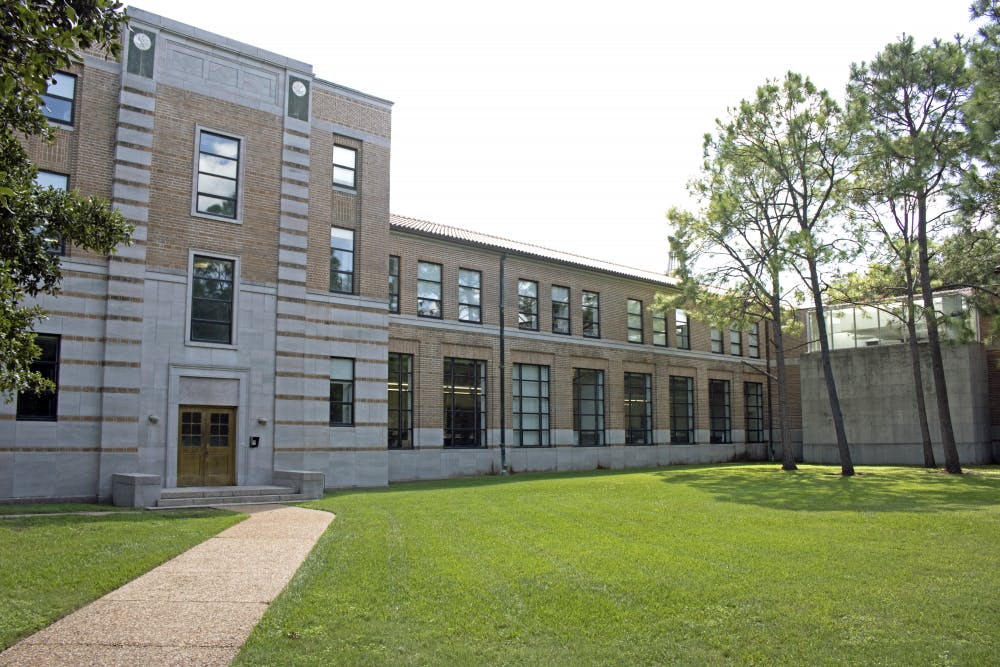 The location of Cannady Hall and whether or not it will be physically attached to Anderson Hall is still unknown, according to Kuo.

“I think that what for me is important though is to really understand ... how to best achieve that continuity in the sense of an institutional continuity,” Kuo said in the Thursday meeting.

According to Kuo, the predesign phase of Cannady Hall will last until late February 2020, with monthly visits to present to a committee which includes School of Architecture faculty, Facilities Engineering & Planning staff and administrative figures.

Kuo said that all possible sites around Anderson Hall would be analyzed as potential locations, and that Cannady Hall may contain gallery space, fabrication space and work space.

“We’re not at that stage of design yet where we know exactly what it’s going to be, even what type of building or how big,” Kuo said in the presentation.

Cannady Hall will be 20,000 square feet and has a tentative groundbreaking date of June 2020, according to a Rice News article from April.

During the Wednesday presentation, Kuo said that one of the most frequent requests she received from the School of Architecture was a clear connection and sense of continuity between Anderson Hall and Cannady Hall.

“However that new building is attached to Anderson Hall, [it] should be able to complement and enhance the activities that are happening here,” Kuo said.

Kuo said the sense of community within the School of Architecture will also contribute to the design of Cannady Hall, saying that many students mentioned Rice’s Culture of Care in their feedback.

“The space[s] of education usually are very much about the collective. It’s very much about how do we build a collective culture,” Kuo said in the Wednesday presentation. “Especially right now, in our political climate, I think that question is an important one, in terms of what … we cultivate in the spaces that we build, that enable a certain way of relating to each other.”

Kuo also said that she would like to address staff and faculty concerns about the third-floor offices of Anderson Hall.

“I think [they are] abominable,” Kuo said. “[The offices] don’t have light or air or views to the outside. In Switzerland this is illegal, and I can’t, as a responsible architect, allow that to happen in a space that I will have some sort of impact on.”

Kuo said that she met with Richard Johnson, the director of the Administrative Center for Sustainability and Energy Management, as part of the design process. According to Kuo, her background in Swiss construction and her observation of the impacts of past construction will contribute to incorporating sustainability into the design of Cannady Hall.

“Those are things that are ingrained in the way we have to build in Switzerland, it’s already part of regulated practice there,” Kuo said in the Thursday meeting with students. “That’s also one of the things I understand we need to shine a spotlight on, especially in this country, I think the standards are relatively low, in terms of what sustainability means.”