Commencement ceremonies expected to proceed with no restrictions 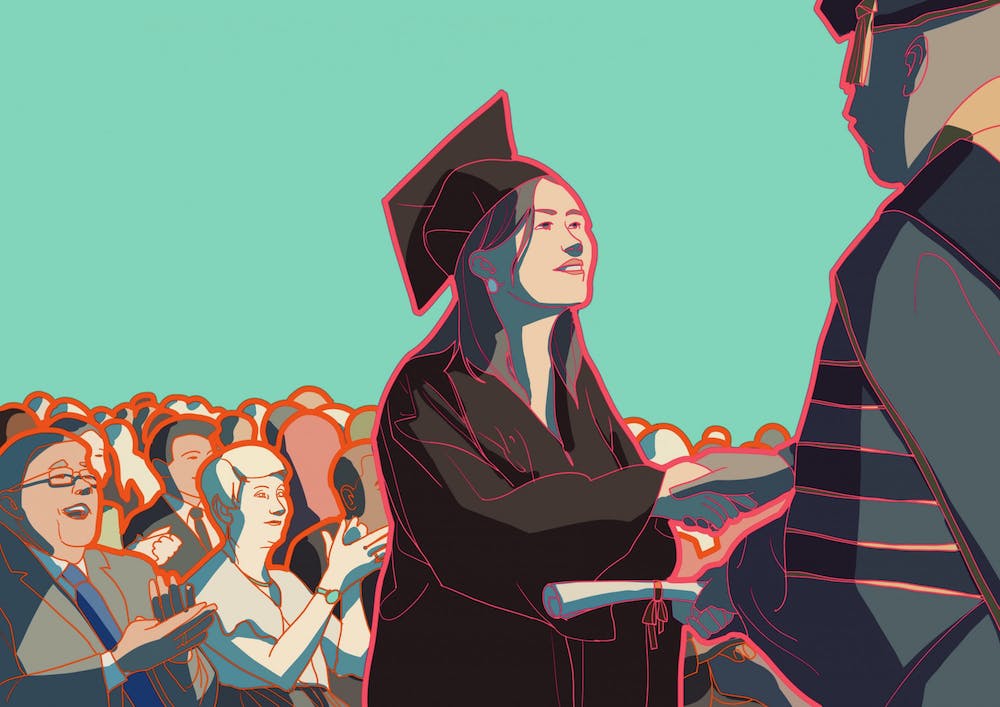 The 109th commencement ceremony is expected to proceed as normal with no restrictions, according to Cynthia Wilson, deputy secretary to the Board of Trustees.

Wilson said Rice will continue to follow guidelines from the Crisis Management Team.

“Should we see an uptick on campus or in Houston, we would follow the same guidelines we’ve been using for the past couple of years, i.e., masking and limiting guests in the indoor spaces,” Wilson wrote in an email to the Thresher.

President David Leebron also said that the ceremony is expected to resemble a typical graduation event.

“[There are indications that] we are [going to] have a pretty normal celebration, and that families and their graduates are going to have a great opportunity to attend the graduation,” Leebron said.

This year’s ceremony, like last year’s, will be held in Rice Stadium, departing from the pre-pandemic norm of hosting graduation and commencement in the academic quadrangle.

“[The stadium] provides really the best environment in terms of protection against transmission of that disease,” Leebron said.

The ceremony will occur over two days, with the Sallyport walkthrough and undergraduate convocation happening the evening of May 6 and commencement following the next morning in the stadium. Dean of Undergraduates Bridget Gorman said that Rice is not currently requiring masks or limiting guest attendance for either one of the two ceremonies.

“My hope is that all graduation activities are engaging and memorable events for graduates and their friends and families,” Gorman said. “A lot has happened since the pandemic began, and looking toward our more typical ways of celebrating graduates and saying goodbye to their time at Rice is something I am excited and happy to see happen.”

Leebron said quick decisions, reactions and student cooperation helped mitigate the spike in cases from a few weeks ago. Assuming Rice stays on the trajectory it is on, Leebron said he thinks people’s hopes and expectations should be met for commencement.

“What’s really important is that we can continue to be together and interact with each other even if not at a huge party, and we get to have a relatively normal commencement,” Leebron said.

As of April 19, there were 65 positive tests reported through Rice testing and 31 non-Rice positives.

Martel College senior Jordyn Williams said the lack of communication about what the ceremony will exactly look like has been frustrating.

“I know their lack of communication has made some people not really that excited about [graduation] or not really looking forward to it, especially with it being two days,” Williams said. “They haven’t given us a whole lot of information about it.”

“I’m excited because I know my family will be able to come. It should be a generally safe environment with it being outdoors,” Williams said. “This is one of the first graduations where we’re almost coming out of the pandemic. So I’m hoping that they make it feel really celebratory.”

“I’m glad that all the parts of the ceremony are still there,” Nidadavolu said. “Being able to walk through the Sallyport, I’m glad that’s still there. As long as those little things I know about graduation are still intact, [I’m happy].”

Williams said this graduation caps off a college experience that, while an uncertain one, was positive.

“There’s so many things to be thankful for,” Williams said. “I’m happy that my experience ended up [positive] and that I am able to leave happy.”

Leebron said he thinks a distinctive condition of the Class of 2022, along with being his last class, is that they are the first class that will have spent the majority of its time at Rice under some set of restrictions due to the pandemic.

“I hope in some ways the class feels toward the university, the same way the university feels for the class, that they [handled] it well, and sought to seize the most from their experience by being overwhelmingly responsible,” Leebron said. “I think the fact that we generally haven’t had some of the difficulties of some other universities is a reflection of that.”