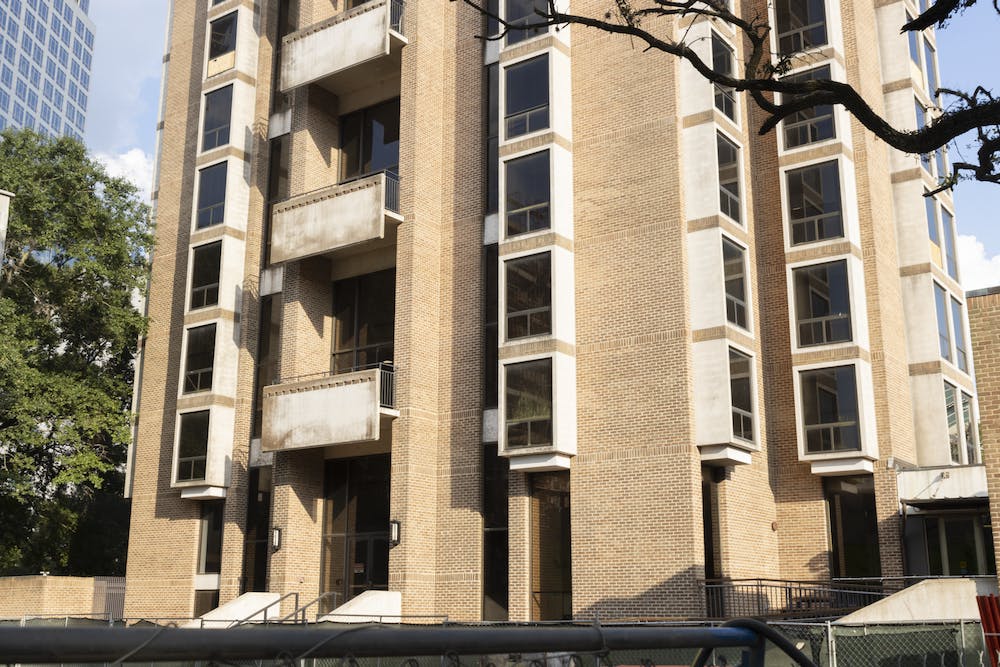 Coffeehouse, the Pub at Rice and the Hoot are moving to temporary locations as a result of the current Student Center’s demolition in late April, according to the three business’ general managers.

Jinhee Shin, the General Manager of Coffeehouse, said that the student run business will be moving to the servery inside the old Sid Richardson College.

“Our current space holds a lot of memories, so moving to a new space might be challenging because so many of our memories are connected to the physical space,” Shin, a Martel College junior, wrote in an email to the Thresher.

Shin said that, to hold onto past memories, Coffeehouse will keep decorations from the current location.

“We’re also definitely planning on keeping our student art pieces and polaroids that are in our current space,” Shin said. “We also plan to take the Coffeehouse sign with us when we go to Old Sid since that has been there when Coffeehouse first began in Hanszen College.”

Shin said that the choice of Old Sid is based on the consideration of food-service needs.

“Coffeehouse has a lot of specific needs in comparison to other Student Center offices since we’re a food-service business,” Shin said. “Old Sid Servery was the most logistical choice. It has a loading dock, water [and] electricity lines and ample space for seating.”

Shin said that, to retain Coffeehouse’s customer base, management will try to make more corresponding adjustments.

“[We’re already] thinking how shift sizes and shift starting times might have to adapt to the new location,” Shin said. “One logistical challenge is that Old Sid Servery is obviously designed as a servery, not as a coffee shop, so planning our layout has been a bit challenging. For example, we can’t just put our espresso machine at a convenient location — it depends on where the water line is at Old Sid.”

“[Old Sid] is a bigger space for both customers and [employees], which means there will be more seating options and more centralized storage options for us,” Shin wrote. “At Old Sid, all of our storage will be centralized in the back-of-house kitchen area. We’ll also have our own loading dock at Old Sid, which will be super beneficial to us and our vendors.”

Shin said that she’s excited about the future even though she will no longer be a student at Rice when the new RMC opens.

“I’m excited for the future of [Coffeehouse] even though I won’t really witness it,” Shin said. “As a [general manager], I know it’s a one-year term, and I want to add to it as much as I can. I’m also excited for our new hires. We just onboarded 11 new [employees] onto our team.”

Elizabeth Groenewold, the general manager of Pub, said that Pub’s temporary location next year will most likely be a concession stand on the second floor of Tudor Fieldhouse.

“After the [new] RMC is built, we will move into our permanent location on the second floor of the new RMC building.” Groenewold wrote in an email to the Thresher. “We are still waiting for complete confirmation from both the Texas Alcoholic Beverage Commission and Athletics to have this space. But as of now, it is looking likely that this is where we will end up for the fall 2022 to spring 2023 semesters.”

Groenewold said that Pub’s temporary location in the Tudor Fieldhouse is the result of cooperation between Pub and the athletics department.

“I think this will be a mutually beneficial partnership between Pub and the athletic department,” Groenewold wrote. “Pub will be serving concessions (both food and alcohol) during games held in Tudor next year, which will be a great way to increase student attendance at basketball and volleyball games, as well as give Pub additional business.”

According to Groenewold, the athletic department offered ideas and equipment to border off the hallway by the concession stand to help Pub feel like its own space within Tudor. However, she said she still has concerns about the location change.

“The Pub ‘space’ while Tudor Fieldhouse is closed at night will be the L-shaped hallway around the concession stand. It could be a difficult transition from having our complete own space in the RMC basement to a hallway in Tudor,” Groenewold said. “Another difficulty we expect is, since Tudor is less central on campus than the RMC is, getting student traffic in Pub during the day.”

Theo Vadot, the general manager of the Hoot, said that the Hoot’s temporary space will be in West Servery, in a takeout window that is located behind the drinks station of the servery. This relocation would happen after Beer Bike, the week of April 4 to April 8.

“There had been discussions of sharing the Old Sid Kitchen space with Chaus,” Vadot wrote in an email to the Thresher. “But at the end of the day, there are only so many spaces and resources that can be shared, so we came up with West Servery.”

According to Vadot, because the Hoot’s new location in West servery is closer to north colleges than south, they plan on improving their delivery service to solve this problem.

“We are very obviously now going to be much closer to all the north colleges, but that also comes with the reality that we are twice as far from the south colleges.” Vadot wrote. “I do think that we can take that as an opportunity to ramp up our deliveries, as we are overcoming some recent golf cart turbulence … Chef Roger and I are working closely to make sure everyone will be on the same page about our opening and closing protocols.”

Vadot said that he thinks the Hoot will learn to adapt to the relocation and hopefully take advantage of the resources of the new location.

“The Hoot already currently shares a space with Ambassador’s Cafe and previously 4.Tac0, and that comes with obstacles as well,” Vadot said. “A change like this can also be welcome despite the challenges we might have to face.”