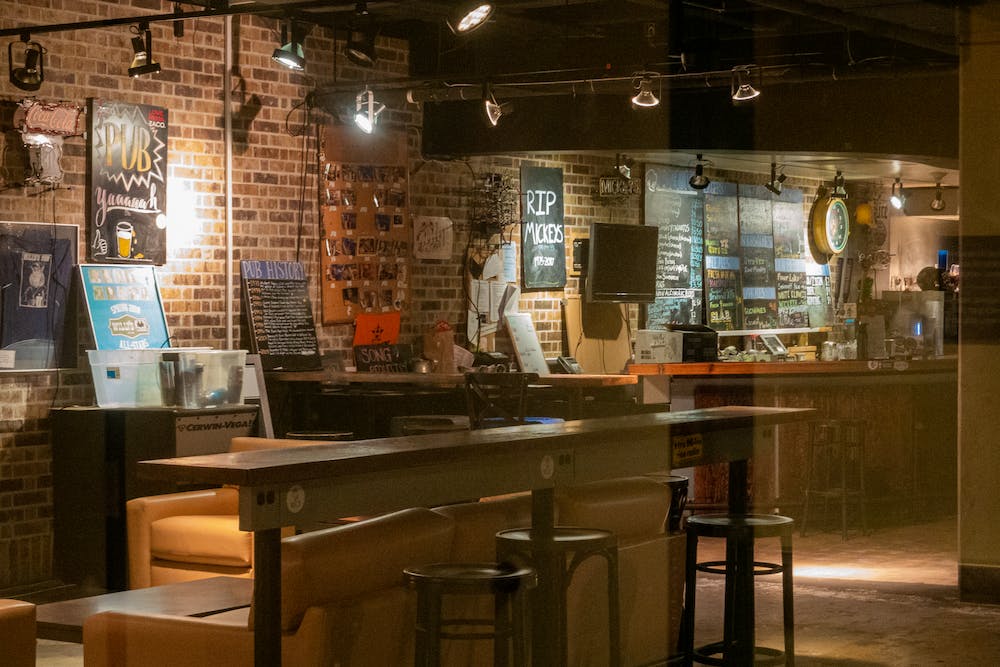 “[This is] definitely a pleasant surprise,” Groenewold said. “From my last contact with admin I wasn’t expecting us to be able to open for at least another two weeks, so I am super excited that they decided it was safe to move up the opening and loosen COVID restrictions.”

Gorman said she is happy to see fewer COVID cases than at the beginning of the semester. Publics may return as early as mid-semester, she added.

“I’m not sure yet, but I’m hopeful [we can have publics] by mid-semester,” Gorman wrote in an email to the Thresher. “This will be an important topic to discuss with magisters and student leadership, as decisions around timing, the number of publics allowed and rules for re-starting these events need to be worked out.”

At the end of the semester, Rice will begin reconstructing the Rice Memorial Center, requiring Pub to find a temporary location for the coming academic year, Groenewold said. Potential sites for Pub include the Roost — the concession stand at the baseball stadium — and two spaces on the second floor of Tudor Fieldhouse.

“It hasn’t been totally finalized yet,” Groenewold said. “I assume by the end of February, it’ll be pretty much finalized. That would be my timeline if I had to guess.”

“There’s really nothing that’s a finality,” Gardner said. “We’re working through logistical topics as to how we’d make it work given [that] we host a number of events in each of those venues throughout the year. Secondarily, there are some rules from the [Texas Alcoholic Beverage Commission] around licensing.”

Gardner said he does not have a timeline for finalizing any agreement, which he said is partly due to the TABC licensing process.

“I can say if it’s possible for us to make it happen, we will make it happen,” Gardner said. “We’d like to collaborate with Pub on this, we think there’s a mutually beneficial outcome to it. But ultimately, at this point, I think it’s still hard to say given the TABC questions.”

Frank Rodriguez, the board president of V&W Permits, which oversees Pub, said he has been in contact with TABC.

“There are TABC permitting issues that would need to be resolved,” Rodriguez wrote in an email to the Thresher. “The basic problem is that both Pub and Athletics may not be permitted to the same location. I’m certain that most any location will pose logistical challenges, but our first order of business is finding a landing spot … We hope to work something out with Athletics if that is possible. Otherwise, we will continue to search.”

The Roost is Pub’s preference, Groenewold said, even though it is farther away from the residential colleges than the RMC.

We mostly felt the Roost was the best choice,” Groenewold said. “I am worried. It’s not an ideal location, but the issue is, there is no ideal location other than the RMC, like we couldn’t exactly ask [Fondren] if we can put Pub in the basement, that just wouldn’t work out. I am grateful that athletics is helping us, [as] they had zero obligation to, they just said they were willing.”

Whether Pub is at the Roost or at Tudor Fieldhouse, they would not be able to open while athletics events are running, according to Gardner.

Another concern Groenewold said is that Tudor Fieldhouse may not have an accessible elevator during Pub’s hours.

“Tudor is often closed at night,” Groenewold said. “When we’re open, it would be hard to find an elevator that students could use to get to the second floor.”

The athletics department could open another door to make the Tudor Fieldhouse locations accessible, according to Gardner.

“Our building is accessible,” Gardner said. “There is an elevator that goes upstairs; however, it would require opening some different doors. I guess that could require extra staffing, but it would certainly be an option to make it happen.”

The athletics department plans to also make their spaces available for some of the events that normally take place in the RMC, according to Gardner.

“With the student center going offline, we've already hosted one one student event, the Dhamaka event, back in December,” Gardner said. “I think to the extent that we can accommodate those events within our program, we will. That goes for the student body and just generally on campus, there are some other events that are typically hosted in the grand hall that have inquired with us about the opportunities to use Tudor Fieldhouse for those as well.”

Gardner said that the athletics department does not plan to have Pub provide concessions during athletics events.

“We have contracts in place with our concessionaires already, as to their ability to operate at our venues,” Gardner said. “Possibly there's some leeway in those contracts, but I think then that also gets into licensing and the time periods under which kind of a given entity has the alcohol license for the facility. TABC has some unique rules.”

Gardner said the athletics department hopes to increase their connection with the rest of Rice by providing event space.

“We see ourselves as part of campus, and the more that we can serve our student body, we absolutely want to,” Gardner said. “I think the more that our students are in athletic venues, the more it connects us to campus.”