Willy’s Pub rebrands as The Pub at Rice 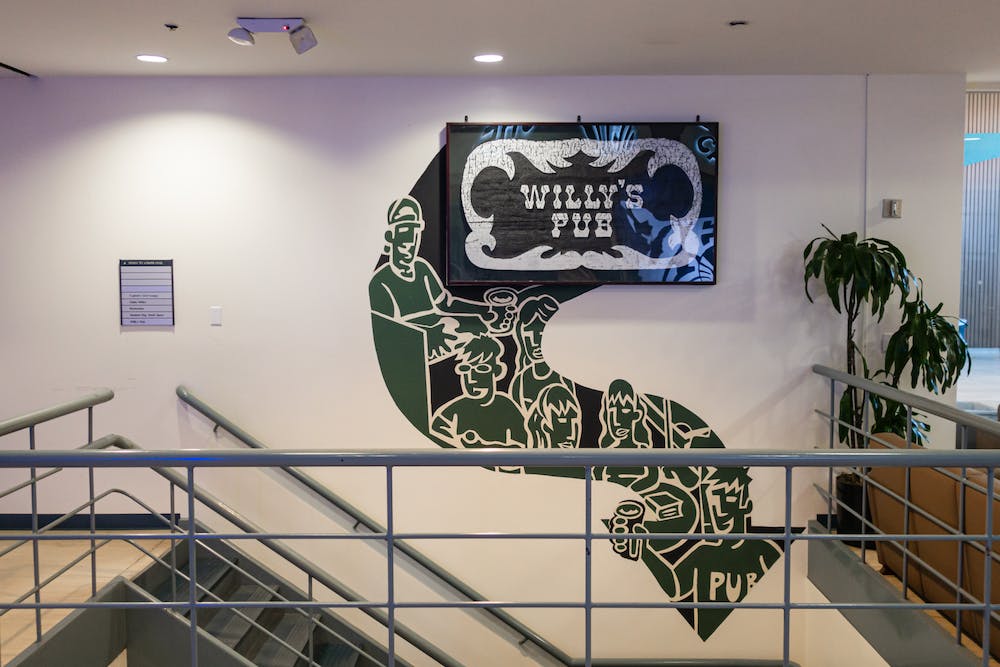 Willy’s Pub is formally changing their name to The Pub at Rice, according to Sophie Call, Pub’s marketing manager. Pub has considered renaming since the racial justice protests of summer 2020, Call said.

“I’m glad that we’re able to support BLM and the Down With Willy movement this way,” Groenewold said. “Do I think it’ll make drastic changes in campus life or the way people perceive Pub? No. But still, it’s nice to be in solidarity, and especially since other student-run businesses have come out saying that they support Down With Willy, I’m glad we’re able to do it in this way.”

Pub’s previous management team consulted their Black staff members as they worked through the logistics of the renaming process, according to Call.

“As time went on, some of us specifically reached out to a few of our bartenders, specifically, we wanted to reach out to our Black bartenders and say, ‘Hey, here’s what we’re thinking about doing, we would love your input,’” Call said. “Everybody who we reached out to was amazing about it, helped guide us in terms of making sure that it didn’t come off as an optics thing, making sure we were doing it for the right reasons. [The name change] technically came from the top down; the management were ultimately the people who decided that this is how it was going to be, but we did absolutely consult the people who really matter most in this situation.”

Of the 35 total bartenders and managers currently on Pub’s staff, two are Black, Groenewold said. According to Call, Pub is taking steps to increase diversity among their management team, which was previously all white.

“These past two application cycles, we have hired the most diverse staff that Pub has ever seen to our knowledge,” Call said. “We’re hoping that in the future, like as time goes on, having a wider pool, a more diverse pool of people to choose from will encourage a more diverse management team to crop up.”

Call said she will encourage her successor to specifically reach out to cultural groups at Rice to recruit the rest of Pub’s staff.

“Usually in the past, all I do is just post on social media, try to get the word out as much as possible just across campus,” Call said. “I think this next upcoming round, we’re going to try and reach out specifically to different cultural groups on campus to say, ‘Hey, we really would love for you guys to come work at Pub with us.’”

Regarding the name change, Call said Pub’s leadership does not expect this rebrand to significantly affect Pub’s reputation on campus.

“I feel like most people just refer to Pub as ‘Pub’ anyway, so we’re actually hoping that it doesn’t really change that much in that sense,” Call said. “We just want everybody to keep thinking of Pub as Pub, we just don’t need the connotation with Willy anymore, not that we ever did.”