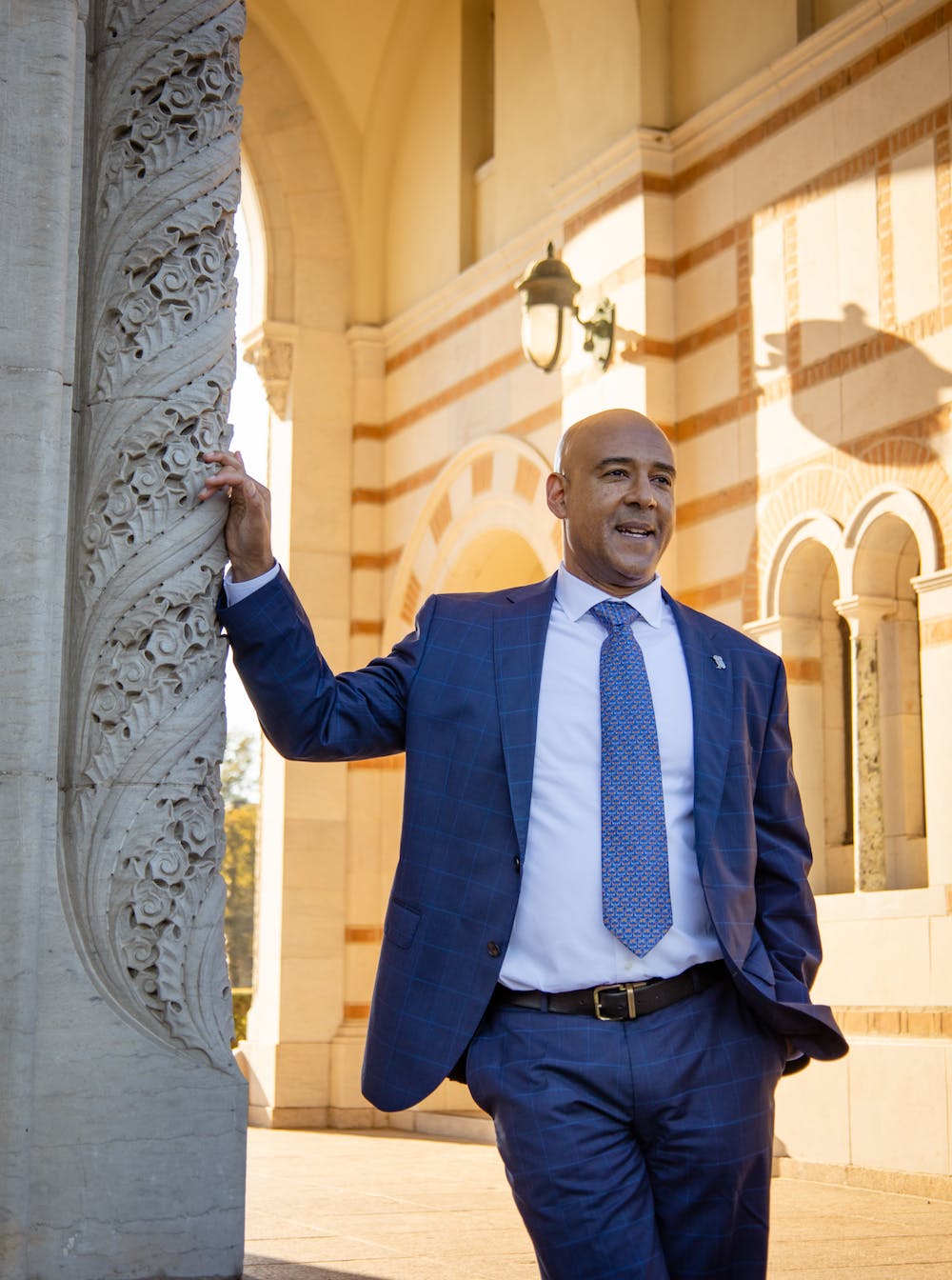 Reginald DesRoches, Rice’s current provost, will be the next president of Rice University, Chair of the Board of Trustees Robert Ladd announced at a press conference Thursday afternoon. DesRoches will become Rice’s eighth president and the first person of color to hold the role, succeeding current president David Leebron who will step down on June 30, 2022.

DesRoches, who was born in Haiti, said he finds it meaningful to be Rice’s first Black president, following seven white men.

“It’s historical, in many ways, and I think it speaks to the power of universities in terms of changing lives,” DesRoches said. “If you think about the fact that I’m first-generation, born in the poorest country in the Western Hemisphere, I’ve had the ability to work at some of the best institutions, and it just speaks to how universities can affect our lives. We want to make sure we bring that to all students.”

The Board of Trustees unanimously selected DesRoches, according to Ladd.

“We embarked on a search for a proven leader who will be transformational, who will lead Rice to even greater stature and national recognition,” Ladd said at the press conference. “We have found a leader who is inspirational and universally respected, a leader who is visionary, strategic and kind.”

Terrence Gee, a member of the Board of Trustees, said that DesRoches’ status as Rice’s first Black president is important but was not the search committee’s goal.

“I would be disingenuous if I told you that I didn’t think that had importance, because I think that it does, it’s symbolic, but it’s also consequential,” Gee, who is Black, said. “We set out to find the absolute best president for Rice, and it just so happens that person was also the provost at Rice and ascended to a role that allowed him to become the first Black president.”

Leebron said DesRoches has the characteristics needed to fit into his new role.

“I’ve worked closely with him for four and a half years,” Leebron said. “I think you want somebody with great ability, but also incredible integrity.”

Shelby DesRoches, the provost’s daughter and a Sid Richardson College junior, said being a university president has long been one of DesRoches’ career goals.

“I think that his kindness as a person shows in all of his work, and I think that will make him a great president,” she said.

DesRoches said he is eager to assume command of the university come July.

“I’m really excited about every aspect, to be able to lead such an amazing university … [with] such a great city of Houston and great alumni support,” DesRoches said.

DesRoches arrived at Rice in 2017 as the William and Stephanie Sick dean of engineering. Leebron appointed DesRoches to the provost position in 2020.

A structural engineer and earthquake resilience expert, DesRoches studied at the University of California, Berkeley. After the 2010 Haiti earthquake, DesRoches served as the key technical leader in the United States’ response, according to his Rice biography. He now chairs the U.S. National Institute of Standards and Technology’s National Construction Safety Team, which is investigating the June collapse of a 12-story residential building in Surfside, Florida.

At Rice, DesRoches’ responsibilities as president will include overseeing the continued construction of the new engineering building and a planned expansion of the student body, according to a press release.

DesRoches said he will continue to focus on his job as provost while soliciting faculty feedback on Rice’s future.

“Right now my main goal is finishing out as provost,” DesRoches said. “I’ll have time to meet the faculty in the spring, and one of the things I look forward to is connecting with the faculty and just hearing them and what their ambitions are and where they want to take the university moving forward.”

The Board of Trustees wants DesRoches to focus on Rice’s research while also strengthening humanities and social sciences, Gee said.

“One of the things that I believe the board and others have been pretty clear about is the idea that we need to increase the research profile of the university,” Gee said. “But we have to do that in a way that is still sensitive to and properly acknowledges that there’s a balance between the research that is oftentimes focused on sciences and engineering, along with the social sciences, humanities, etc. That is really what will allow Rice to continue to have this signature profile in the academic world.”

DesRoches said increasing research will be among his priorities.

“We will continue to raise the reputation, to grow the research enterprise, to build top rank graduate programs while we remain committed to undergraduate education,” DesRoches said.

Gorman said she believes DesRoches is the right person for the job.

“One of the things that I really like about Reggie is just his earnest energy with regard to everything,” Gorman said. “He’s a really collaborative person, he’s a really creative thinker, and so I think he’s going to be an amazing president for us.”

Allison Thacker, Rice’s chief investment officer and the president of the Rice Management Company, said DesRoches’ familiarity with Rice will help him immediately enter his term as president. Thacker said she had expected to have to introduce the new president to Rice’s finances and its external developments, such as the Ion.

“One of the great advantages of Reggie being here at Rice and knowing many of us is that he’ll be able to hit the ground running,” Thacker said.

DesRoches said he looks forward to continuing to interact with the Rice student body.

DesRoches’ love of the Rice community was part of the reason he was selected as president, according to Ladd.

“The committee and the board wanted a leader, but who also treated everyone well, students, the people mowing the front court, just everyone,” Ladd said. “Reggie stood out in both.”