(More) ACL artists to look out for this weekend 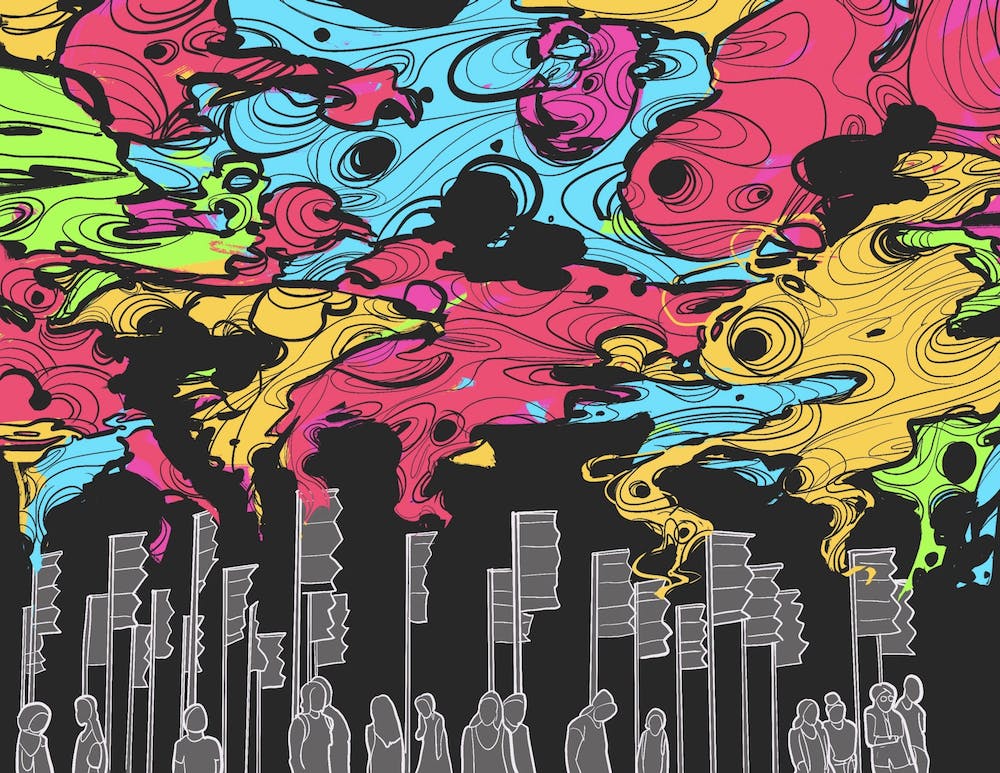 Last week, the Thresher compiled our recommendations of smaller artists to look out for at ACL this year. Now that the festival’s second weekend is rapidly approaching, we wanted to share even more artists that we’re excited to see. We would hate for you to miss out on any incredible performances, and on the chance to possibly meet other people with similar (amazing) music tastes. Read on to discover your new favorite artists, check out our guide on navigating the festival this year. To hear all of the Thresher’s song recommendations from artists at ACL this year, listen to our playlist on Spotify.

Recommended if you like: Solange Knowles, Tyler, the Creator

Songs to try out: “Hungry Hippo”, “Peppers and Onions”

I listened to “Fruit Salad” almost every day during my junior year of high school, so I’m beyond excited to be seeing Tierra Whack live in a few short days. Lauded for her experimental style, the Philadelphia-born rapper colors far outside the lines with her unique take on contemporary hip hop music. Her 15-minute long audiovisual album, Whack World, is, well, wacky. The project couples playful production with visuals so vibrant they threaten to burst out of the screen. Underneath the album’s psychedelic qualities, a deeper listen reveals multiple narratives weaved into the project. Among them are Whack’s devaluation as a Black woman: “Probably would’ve blew overnight if I was white,” and cracks at her absent father “You remind me of my deadbeat dad”. Whack’s work is all at once imaginative, grotesque and clever. It’s permanent proof of her creative talent, and I can’t wait to see how she’ll show her artistry on the stage.

I’ve been obsessed with Gracie Abrams since I first discovered her Instagram. Her vivid, aching lyrics make you feel like you’re listening to a best friend’s confessions, if only they were singing their secrets to you in Gracie’s soft, breaking tone. Not only am I seeing her perform at ACL, I was lucky enough to get tickets to her show this week at Houston’s House of Blues (!). I don’t know what I did to deserve this, but I’m very excited to fangirl my little heart out twice in the same week.

Recommended if you like: Jhené Aiko, Remi Wolf, SZA

Songs to try out: “Sensitive,” “Voulez-Vouz Me To…”

Serena Isioma blends R&B, hip hop, soul and lo-fi pop to create airy, intoxicating tracks you might expect to hear featured on the next Euphoria soundtrack. I discovered Isioma through their breakthrough single “Sensitive,” and was immediately hooked by its pulsing production and tender vocals. The 21-year old is a self-proclaimed “nonbinary rockstar,” and dabbled in fashion and filmmaking before choosing to focus on music. Like Tierra Whack, this rising singer is unapologetically unique in their sound and self-expression, and I can’t wait to experience their artistic vision in person.

Recommended if you like: Omar Apollo, Rex Orange County

Joshua Karpeh, better known as Cautious Clay, first emerged on the music scene with “Cold War” a little over four years ago. Trust me when I say that “Cold War” sounds like driving with the windows down as the sun is setting (really, I would know). You’ll catch me swaying along to tracks like “Wildfire” and “Agreeable” this weekend (and if you see me dancing, mind your business).

Songs to try out: “Drop Dead”, “Falling Asleep at the Wheel”

The English singer-songwriter’s introspective lyrics touch on her faith, family and relationships with brutal honesty. Humberstone’s intimate pop confessions have already attracted a considerable fanbase, especially since she only released her debut EP last year. She recently released “Scarlett” and “Please Don’t Leave Just Yet” off of her upcoming EP, and I’ve been listening to both on repeat. Humberstone’s combination of synth-pop and heartbreaking lyrics — a sound similar to collaborator The 1975 — is sure to draw quite the crowd at this year’s ACL.

With a voice like rumbling thunder, Kennedy navigates first love, heartbreak and nostalgia in emotive songs like “Power Over Me” and “An Evening I Will Not Forget.” The singer-songwriter’s debut EP “Without Fear” took over ten years to make and became Ireland’s biggest album of 2020. Kennedy’s rich, emotive storytelling initially drew me to his music, and I love how the production builds as the scene unfolds. It’s nice to see his songs begin to attract the attention they deserve in the United States as well. If Kennedy’s ACL performance is anywhere as good as his previous live shows, festival-goers are in for quite a treat this weekend.