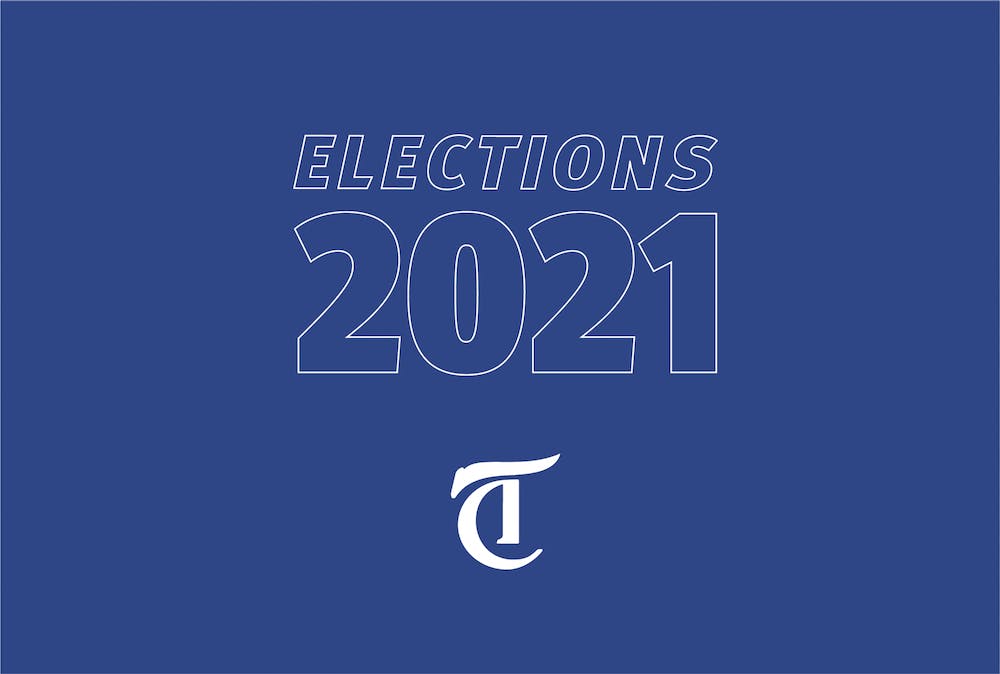 Lily Sethre-Brink won the contested SA external vice president election against Hunter Brown and Jared Butler after three rounds of ranked-choice voting. Ranked-choice voting asks voters to rank candidates and a write-in in order of preference. The candidate with the lowest number of first-choice votes is eliminated each round and those votes are allocated to each voter’s next preferred candidate. This process repeats until a candidate receives a majority of the votes.

Vining said that when she officially transitions into the position, one of the things she is most excited for is Changeover Senate.

“I'll be internally reflecting on how William Marsh Rice would feel about me, a Black woman, being such a huge representation of the undergraduate student body,” Vining said.

Prchal said he was glad to have been a part of the election process and wants to encourage students to stay engaged.

“Everyone can have a hand in making our campus better in a way that is meaningful to them, either through joining existing projects or spearheading new projects,” Prchal, a Hanszen College junior, said. “I also want to encourage students to branch out each week to meet someone new or reconnect with someone across campus. It takes more effort this year to keep up relationships, but that doesn't make them any less valuable.”

The presidential elections saw a 27.2 percent voter turnout last year, with 42 percent and 50 percent turnouts in the two years before. The EVP race had an even lower turnout this year with 854 ballots cast and 21.4 percent turnout. The 2020 EVP special election had a turnout of 18 percent.

SA Director of Elections Bria Weisz said while she thinks the snowstorm may have affected voter turnout, she believes the larger problem is students being more disconnected from campus.

“With remote formatting of many classes and students spread out around the world, people are feeling less connected to the Rice community in general,” Weisz, a Brown College sophomore, said. “It can be hard to care about the politics of the Student Association when you haven't been on campus in almost a year, or ever, in the case of some freshmen.”

Weisz said the Office of Institutional Effectiveness told her that student survey responses are down across the board.

“I'm confident that the low voter turnout is diagnostic of a larger problem at Rice. I hope that as the pandemic begins to calm, and more people return to campus, voter turnout goes back up,” Weisz said.

Vining said she found it ironic that voter turnout was low again this year, given that she emphasized in her campaign how low voter turnout has been historically.

“To see the voter turnout lower even more this year — albeit, I believe 100% that was heavily affected by the pandemic and the snowstorm — was unsurprising, but it also unsettled me as a candidate and made me wonder if it was really Rice [undergraduates] who voted for me, or if I just had a few more friends who were enthusiastic about voting than the other candidate did and that's how I won,” Vining, a Martel College junior, said.

Vining said she wants to brainstorm ideas to increase voter turnout for the future, whether that is by offering incentives or mandating voting in some way if possible.

“One of the most surprising things I learned during my [internal vice president] term is just how much student leaders in student government influence major campuswide decisions that directly affect students,” Vining said.

Sethre-Brink said this election was very stressful and emotionally taxing for her, particularly because her grandmother passed away due to COVID-19 on Feb. 1.

“So in addition to grieving and helping my family with all the work that had to be done ... I had to campaign,” Sethre Brink, a sophomore from Baker College, said. “However, it was really amazing to see a lot of my friends come together to help me - I really would not have been able to do it without them.”

All other races were uncontested. Madison Bunting will be the SA internal vice president, Elliot Riesman-Tremonte will be the SA treasurer and Savannah Parrot was re-elected as SA secretary.

The following students will serve as honor council representatives:

The following students will lead their respective organizations:

[This story was updated at 10:00 a.m. March 3 to include quotes from Vining, Prchal, and Sethre-Brink]