Rice plans to increase undergraduate enrollment by 800 students by 2025 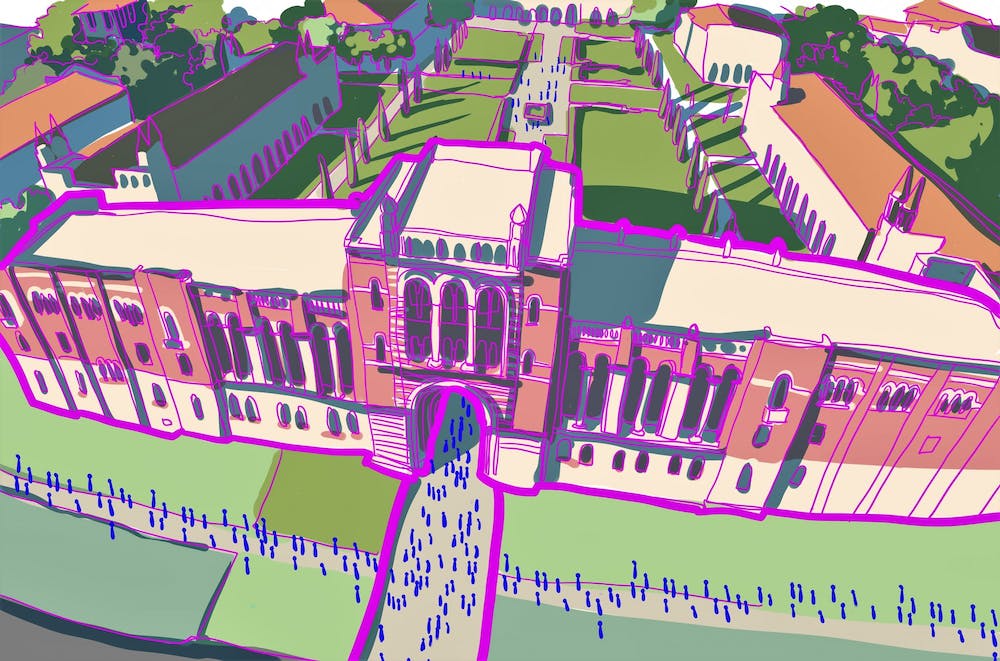 Rice plans to increase the undergraduate population by 20 percent by 2025, according to President David Leebron. Leebron presented the preliminary plan for the expansion at the Jan. 27 Faculty Senate meeting.

Rice received a record-high number of applicants this year, with over 29,000 applications. Leebron said at the Faculty Senate meeting that the plan is to slightly increase the numbers of the Fall 2021 entering class, but final admissions decisions will be made in February.

“We’re not at all at this point concerned with quality, given both the strength and size of the applicants,”  Leebron said.

Leebron said that as with the last expansion, some of the benefits include support for faculty growth, greater campus dynamism and increased diversity.

“In this process, we need to be careful to preserve the best aspects of our culture and community, and the close connections we foster among students, staff and faculty. Both the residential colleges and the new student center will help enable that,” Leebron said.

Leebron said this expansion plan is smaller than the previous expansion, which was around 34 percent. A previous Thresher article in 2015 indicated concerns regarding class size, which was addressed by “hiring more faculty and looking further into optimal class sizes.”

During the Faculty Senate meeting, Laura Schaefer, professor of mechanical engineering, said that during the growth period from last decade, students did not spread evenly across schools as anticipated. Leebron said that Rice will pay close attention to potential shifts in interest in disciplines and try to get a better handle earlier on possible shifts.

“The phenomena we observed [back then] was not unique to Rice; that is, a strong increase in engineering and … some decline in the humanities,” Leebron said. “We want to do things that encourage a broader range of interests and some of the new programs we have, for example … the Center for African and African American studies and [a potential business major] that has been talked about at this point will help spread students across the curriculum a little bit.”

More recently, Rice has observed increasing interest in social sciences, according to Leebron.

“It’s hard to predict what changes there may be, but we’ll work to anticipate, track and address them as effectively and quickly as we can,” Leebron said.

“Rice already has a problem with class sizes in the more popular majors, and increasing enrollment would only cause more strain to these departments. In order to prevent larger classes than those that already exist at Rice, not only would they need to hire new professors, but also find more office and/or lab spaces,” Haws said.

Fayiz Faruk, a Duncan College sophomore, said that he is in favor of expansion although he understands concerns regarding college resources being spread out and larger class sizes.

“Increasing enrollment can only help the university become even more diverse and may even help Rice increase its appeal as an elite college throughout the nation and internationally,” Faruk said. “I’ve heard many people say that Rice can feel claustrophobic at times in terms of meeting new people, and increasing enrollment can only help with that.”

Leebron said at the meeting that the goal of growing the undergraduate population specifically by 20 percent was to still maintain an experience similar to the current one, but to also help minimize upcoming budget deficits due to the pandemic.

“There’s some distinctive things about the Rice experience and Rice, and so we think we still ought to be on the smaller end of the spectrum,” Leebron said. “We can also handle this expansion initially due to Sid Richardson [College], so it doesn’t require an initial capital investment.”

According to Leebron, the preliminary conversation about increasing expansion started before the economic consequences of the market downturn last year and the pandemic.

“The pandemic did not launch that conversation, but did play a role in our thinking about accelerating implementation,” Leebron said.

“Part of Rice’s charm was the smaller classes and having relationships with your professors, and I worry for future students that increasing size might affect [that],” Ali said. “On the other hand, there are definitely benefits [to increasing enrollment size] such as more events and support for things like sports.”

Haws said she believes the overall campuswide culture of Rice would be drastically affected by this expansion.

“I didn’t want to go to a huge university, and although 800 students is nothing compared to the thousands more at other schools, I think it is enough to create a noticeable difference at Rice,” Haws said.

Leebron said at the Faculty Senate meeting that the planned expansion would cause Rice to still remain around a 6:1 student-to-faculty ratio, as Rice would likely be able to hire more faculty alongside the undergraduate expansion. The ratio was 5.67:1 for the 2019-2020 school year.

Haws said she believes Rice is not capable of handling this type of expansion without building more residential colleges and serveries.

“Without new colleges, I doubt Rice could continue to guarantee housing for three years, which creates other issues given the limited number of affordable off-campus housing options within walking and biking distance,” Haws said.

According to Leebron, a new residential college would not be completed until 2025, and the old Sid Richardson College building would be used for some of the expansion before then.

“We will use Old Sid Richardson for additional housing, and we also have increased capacity as a result of the larger new Sid Richardson College and replacement of the new wing of Hanszen College. We anticipate a new college opening in 2025,” Leebron said.

More details regarding expanding the undergraduate body will be discussed by Leebron at the Student Association Senate meeting on Monday.