Students say admin unprepared for return to campus in petition 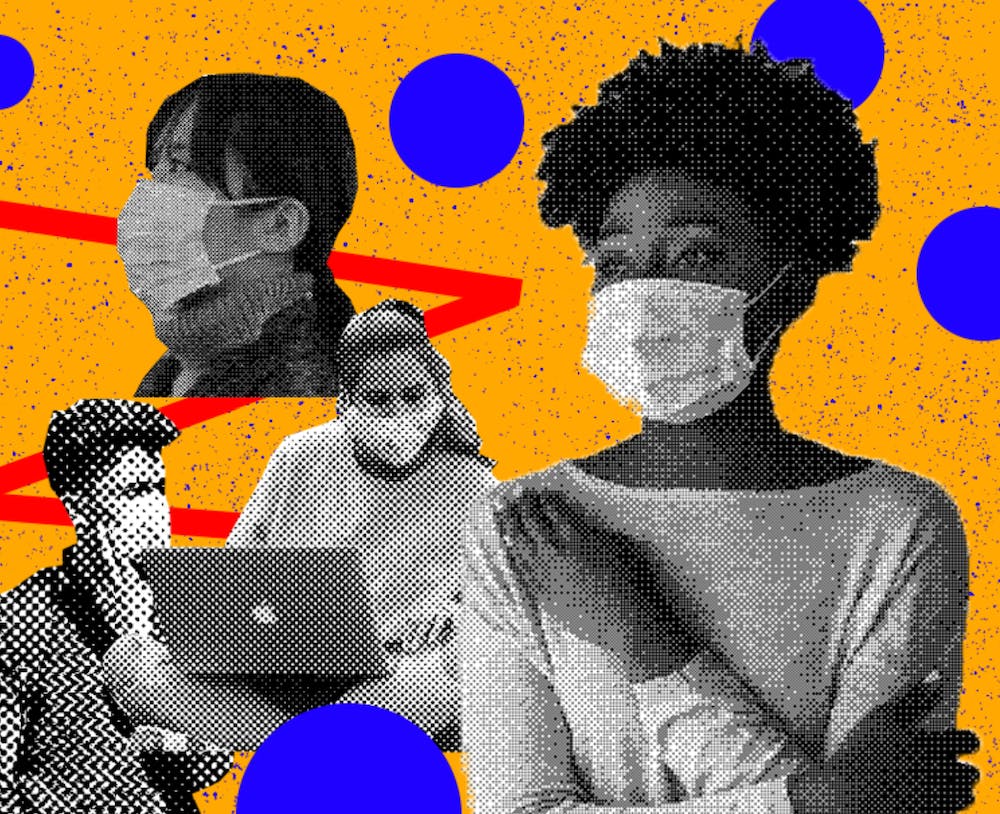 In the petition, Jones College sophomores Jay Shisler and Harry Golen wrote about Shisler's experience with a COVID-19 test, writing that they felt it demonstrated Rice's lack of preparation to test students who were experiencing coronavirus-like symptoms that were likely not due to the coronavirus. (Editor's note: Shisler and Golen declined to comment for this article, stating that the petition encapsulated their thoughts on the matter, and that they wanted to meet with Dean of Undergraduates Bridget Gorman before discussing these issues on the record.)

"Upon arrival [at my testing location], I explained that my throat had been hurting, as it had been on and off for six months," Shisler wrote. "I was turned away from the testing location and instructed to call Rice Student Health to determine my next steps and fill out a health form."

After this point, Shisler wrote that Student Health Services created a medical hold category for his position — a student who had not yet tested positive, but was showing symptoms.

"Crisis Management would not be delivering my meals as they did not want to place me on an official list. Instead, a friend would carefully and discreetly deliver my meals," Shisler wrote. "My roommate and I were instructed to move into one of the few open suites in Jones, where we could avoid a communal bathroom."

However, Shisler wrote that in the suite they lacked basic toiletries such as hand soap, which would have been provided for them in the communal bathroom they were originally assigned to use. (Editor's note: Student Health Services would not comment on the medical hold category for this article.)

Although Will Rice College president Rahul Popat said he disagrees with many of the complaints included in the petition, he did have a concern unrelated to those listed by Shisler and Golen. Initially, he was worried that not enough people were being asked to quarantine by the contact tracing team after members of the Will Rice advising team tested positive for COVID-19.

"For the first [COVID-19 positive] case, they didn't quarantine that many people, but [for] the second case … they decided to quarantine more people because they didn't know how deep it might have gone," Popat, a senior, said.

As a result, Popat said he noticed that students were often more cautious about self-quarantining than the contact tracing team required them to be.

"Initially, a lot of people who were tangentially connected to that person self-quarantined, out of their own caution did that to be safe, and then Rice told them that they didn't have to do that," Popat said.

One issue with the contact tracing process, according to Popat, was that no one at Will Rice knew what the contact tracing team defined as "close contact," which meant that they didn't know whether they would be required to self-quarantine until a member of the team called them.

"It's kind of really hard for us to determine who [they are] going to quarantine and who they aren't because the definition of that isn't super clear and it's really up in the air to the circumstances of the situation — which I understand, but it's also a little bit difficult for us," Popat said.

Lisa Basgall, the Infection Control Group supervisor on the Crisis Management Team, said that the contact tracing team takes into account factors such as distance, the type of masks worn and living proximity when deciding whether students should self-quarantine as a precaution.

According to Basgall, additional factors that may increase risk include: eating in the vicinity of others, being inside, exercising and not wearing a mask properly.

In his petition, Shisler also brought up a concern for the nutritional options offered to students with dietary restrictions, stating that it would take drastic measures for vegetarian or vegan students to eat enough calories each day.

"At one of our daily team debriefs, I learned students with these restrictions were skipping meals as they knew they would not eat anything if they went to the servery," Shisler wrote.

Since making the shift to pandemic operations, the dining staff has faced supply chain obstacles which have caused difficulty accessing certain ingredients, according to Johnny Curet, director of campus dining. Curet said that in order to be able to provide consistent meals and overcome supply chain issues, the staff has had to standardize the menus across campus.

"It's still the same entrees, a little bit less variety than you've been expecting in the past, but they're there for us to serve you," Kyle Hardwick, assistant dining director and executive chef at Seibel Servery, said.

Hardwick said that hasn't changed the way Housing and Dining accommodates dietary restrictions — through notifications from Disability Services as well as through interaction with students themselves.

Shisler wrote in his petition that during Orientation Week, even students like him who didn't have dietary restrictions weren't able to eat enough given the options available.

"Fortunately, I have no dietary restrictions. Even with this considered, I leave most meals still feeling hungry," Shisler wrote. "This sentiment is shared among my peers who are also fortunate enough to not have dietary restrictions — we are hungry not long after meals as we do not end up eating the options offered to us."

Hardwick said that despite the reduced variety, there are no limits to how much food students can take in one sitting.

"You can get as much food in the container [as you want]," Hardwick said. "We're just serving it for you so that there's no cross contamination, those issues that you would have to be concerned about."

Victor Nguyen, who advised during O-Week this year, said he shared a similar view of the servery food as Shisler and Golen. According to Nguyen, he noted firsthand that the food options available for those with dietary restrictions were slim.

"I think Housing and Dining has made a greater effort to include more options, as well as options that are available upon request," Nguyen, a Lovett College senior, said. "But the sheer variety of vegan and vegetarian dishes as well as dishes that accommodate for stricter dietary restrictions just aren't as widely available."

Nguyen said that many O-Week advisors shared concerns that their new students weren't eating enough due to limited food options.

"We know O-Week can be a mentally, physically, emotionally straining time, so in addition to making sure that you get enough rest, you definitely need all of the fuel that you can possibly get in order to make sure that you can get through it," Nguyen said. "So if that's a concern during O-Week, I can only imagine that concern growing even more dire as the school year continues."

Hardwick said that if students have any special requests for foods or need accommodations to meet their dietary restrictions, they should reach out to the chefs.

"The biggest thing that we always have addressed in the past is that people don't reach out to us," Hardwick said. "They just go, 'Oh, there's nothing for me,' and we go, 'Where have you been? We'll take care of you.'"