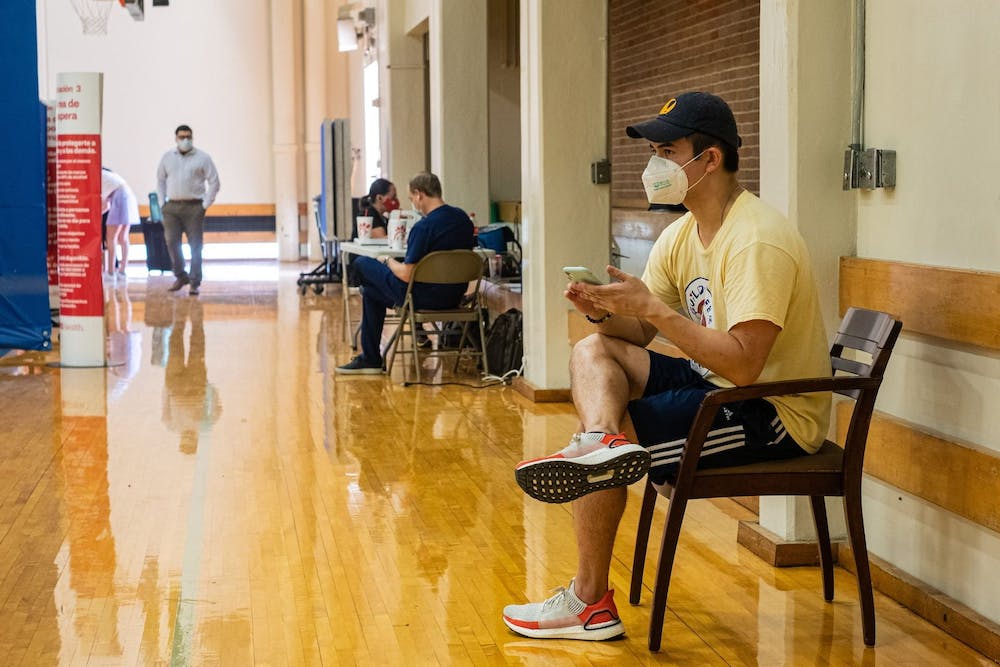 On Tuesday, Will Rice College announced that the remainder of Orientation Week activities will be conducted fully online. The announcement came after a second Will Rice O-Week advisor tested positive for COVID-19 this morning.

“We take this action to minimize the risk to your own health and to limit further spread of the virus,” the coordinators wrote.

Advisors and new students living on-campus are restricted to their floors as mandated campus-wide, but they are still able to use outdoor spaces, according to Rahul Popat, the Will Rice College President. As long as students follow the guidelines set by the Culture of Care Agreement, they are free to exit their rooms.

Vice President of Administration Kevin Kirby, who chairs the Crisis Management Advisory Committee, said that Rice’s team of 17 contact tracers promptly responded to both Will Rice cases. Any individuals who met the Centers for Disease Control and Prevention criteria for close contact (within 6 feet for more than 15 minutes) were quarantined and tested using a molecular test (polymerase chain reaction test). A few additional advisors who believed that they had been in contact with the COVID-19-positive students voluntarily quarantined themselves, according to Kirby. All of the quarantined students have tested negative and there have been no additional cases in the Will Rice community as of this morning.

New students and advisors had all received an antigen “rapid test” from CVS on move-in day, but antigen tests have a lower sensitivity and specificity than molecular tests. As such, all O-Week participants will undergo a follow-up molecular test by the end of this week. However, the entire Will Rice advising team and new student cohort will be tested via the molecular test either today or tomorrow as a precaution, according to Kirby. Results from Rice’s molecular tests, which are provided by Houston Methodist and Baylor Genetics, are returned within 48 hours, but Kirby said that the tests are often being returned in 24 hours.

“We'll go through the whole college and test everybody,” Kirby said. “We'll see if there are any [COVID-19 positive students] that have been missed or any new infections and sort of sweep through and get everybody today or tomorrow. And these tests are very accurate.”

According to Kirby, there was an additional Will Rice advisor who tested positive for COVID-19, however this student had fully recovered from a previous COVID-19 infection and Student Health Services determined that they did not pose any risk for transmission, according to Kirby. The CDC notes this possibility in their guidance on discontinuing isolation measures.

“Recovered persons can continue to shed detectable SARS-CoV-2 RNA in upper respiratory specimens for up to 3 months after illness onset, albeit at concentrations considerably lower than during illness, in ranges where replication-competent virus has not been reliably recovered and infectiousness is unlikely,” the CDC writes. “Studies have not found evidence that clinically recovered persons with persistence of viral RNA have transmitted SARS-CoV-2 to others.”

Following this guidance, Kirby said that this additional Will Rice advisor was not isolated, but continues to be monitored.

Kirby said that 833 new students were given rapid tests on Saturday and Sunday, and three students tested positive. Those who tested positive could either move in to Sid Richardson College, the designated isolation housing, or return home. No more than two students have occupied Sid Rich at any point thus far, Kirby noted.

Campuswide, there have been 4,595 tests administered between August 1 and August 17, and 11 people (3 staff, 7 undergraduates, 1 graduate student) have tested positive, based on a recent update from Crisis Management. Kirby said that Rice will be administering 4,500 tests per week by the first week of classes.

Gorman said that two restrictions have been added to the campuswide O-Week program as precautionary measures. First, all remaining cross-college events have been canceled for the week. Second, students will not be allowed to eat meals together in the college commons, and must eat meals in their dorm rooms or outdoors in a physically-distanced manner.

“We're testing everybody this week, as we're doing every week,” Gorman said. “So we're going to know in the next couple of days whether we're seeing any more spread or whether it's just these two cases at Will Rice.”

Gorman said that she hopes to remove the restriction on college commons dining after O-Week, but will decide after more test results are returned.

“I think by the weekend after we've gone through and gotten the test results back on everybody on campus and we get a sense about where we're at, we will make a decision at that point,” Gorman said. “But in preparation, just in case, we are going to ramp up our outside furniture.”

Kirby said that while the COVID-19 positivity rate is substantially lower on campus than in Houston, it is important to continue all safety precautions and adapt to changing conditions.

[8/18/2020 at 11:15 p.m.] The story was updated with correct information about the movement of on-campus students. Will Rice President Rahul Popat clarified that on-campus students are not restricted to their rooms.

[8/18/2020 at 11:45 p.m.] The story was updated with information about an additional Will Rice advisor who tested positive for COVID-19, but was determined to not pose any risk for transmission.