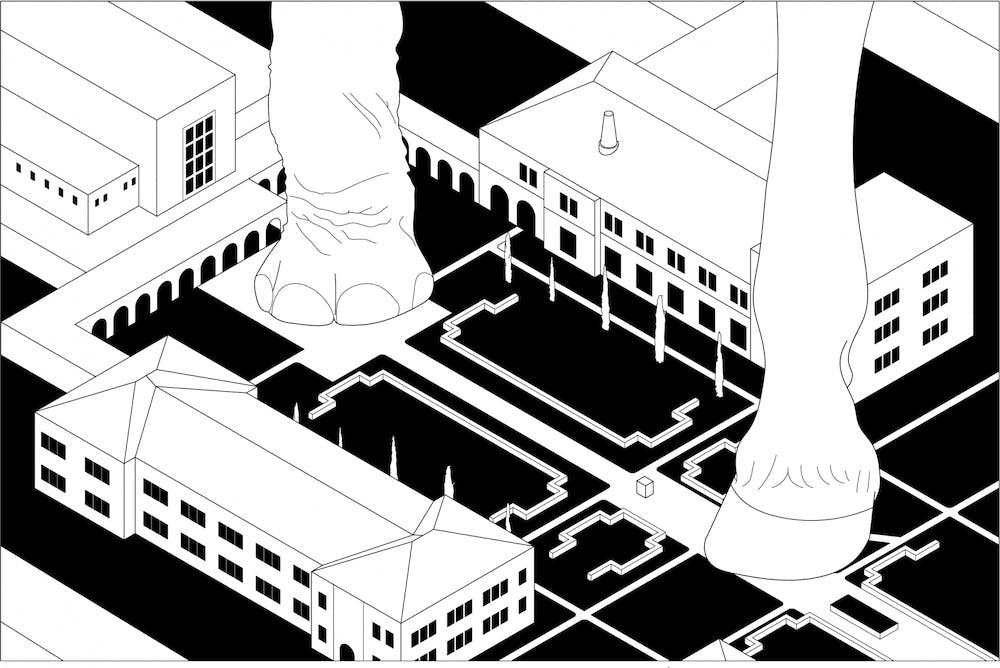 This fall has been marked by a series of political events for Rice students, ranging from the climate action strike to the protests against Baylor’s anti-LGBTQ+ policies in the halftime show. Many of the recent political events at Rice have been varied, reflecting the general political climate at Rice.

Connor Rothschild, the vice president for student engagement for the Baker Institute Student Forum, said he believes Rice is predominantly liberal with a small yet present group of conservatives.

Alissa Kono, the event committee chair of the Rice Young Democrats, is active in the political scene on campus and said she has been engaged with politics since high school.

“I’ve been in Young Democrats club in high school and through that I participated in lots of local-level events with the Democratic Party,” Kono, a Wiess College sophomore, said.

After coming to Rice, she said one of her most memorable experiences with politics was the protests against Vice President Mike Pence during his visit to the James A. Baker III Institute for Public Policy in April 2019.

“I was excited to see so many people united over one issue … because we talk about how Rice is a blue campus all the time, but it only matters when people actually come to these events and show that they care,” Kono said.

Sophia De Leon-Wilson, a Baker College freshman, said she feels that Rice’s political atmosphere is more active than the one at her high school. While describing her high school classmates as apolitical, she said she appreciates how Rice students are passionate about politics.

“Everyone at Rice has principles and knows what they believe has an impact, so they are more confident to express their political ideas,” De Leon-Wilson said.

However, political involvement does not always bring pleasant memories to students on campus. Morgan Bates, a Wiess College sophomore, addressed her frustration with people’s reactions to her Republican beliefs on campus.

“I would never tell people I am [Republican] at Rice because oftentimes I am not able to without being prematurely judged,” Bates said.

According to Bates, one of her professors stopped calling on her in class because of her conservative political beliefs, and some of her classmates reacted to her beliefs as well.

Bates said her unpleasant experiences were not limited to the classrooms.

“When people [find] out that I’m literally moderately conservative, they treat me like a radical crazy person that is [undeserving] of their friendship,” Bates said. “There [was] one time somebody literally pushed me on the ground, calling me a racist, [saying] that I deserved to die.”

Qingge Chen, a Brown College freshman from China, expressed his nonchalance to political events at Rice. Even though he mentioned he had heard about some ongoing political issues such as climate change strikes and LGBTQ+ protests, he said he was not very motivated to get involved with them.

“Politics does not mean much to me at Rice. I think this is because I am not an American citizen and I do not know much about American politics,” Chen said.

When asked about what they hope to change, the students shared similar opinions that open communication should be encouraged across campus.

Bates said that Rice students tend to have misconceptions about the role of the Rice University College Republicans.

“Our role is essentially to educate people about conservative beliefs and help bridge the gap between super far-left people and moderate conservatives,” Bates said.

Noticing that many students voice their opinions on social media about important issues but fail to get involved in political action, Kono spoke about her wish for Rice Young Democrats to help create an inclusive environment on campus.

“My hope is that Rice Young Democrats can become a stronger and larger coalition of students that is representative of the diverse student body and their views on campus,” Kono said.

For Rothschild, the role of BISF is to provide a space for people of all partisan stripes to talk openly about their political beliefs by hosting panel discussions with experts of different political affiliations and semi-annual debates between the Young Democrats and the College Republicans.

“College is a time in which many students change and grow in many ways — including politically — and I think one goal of BISF is to ensure that political expression is open enough that that growth can occur,” Rothschild said.