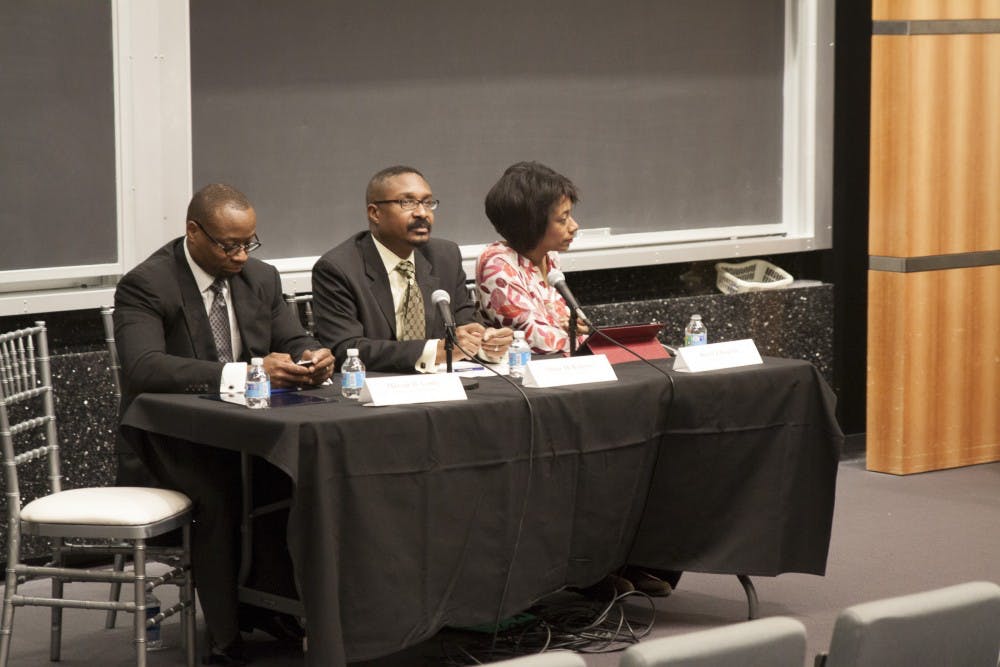 Is it justified to spend millions of dollars on a church serving primarily black neighborhoods when the congregants themselves may be of low-income backgrounds? As a part of Rice’s Religion and Public Life Program, three African-American scholars, including a Houston-based pastor, discussed the role of black churches in politics and answered community members’ questions like this regarding race relations. RPLP Director Elaine Howard Ecklund moderated the discussion.

Korie Edwards, an associate professor of sociology at Ohio State University, explained how civic activism plays out in some black churches.

According to Edwards, when in the 2012 election former Ohio State Sen. John Houston attempted to ban early voting, several black churches responded strongly and worked to increase their voter turnout further, inspired by the legacy of the civil rights movement.

“It turns out that particularly for the African-American churches, the process of federal social policy formation and justification has been an extraordinarily important vehicle of state influence,” McRoberts said.

According to Wheeler Avenue Baptist Church Senior Pastor Marcus Cosby, black churches must be engaged in activism due to biblical, ethical and historical reasons. Cosby said his own church is heavily involved in activism and mobilization.

“When we think about the black church using her voice in the political process, it is most often used to ensure that the disenfranchised, the dispossessed, the oppressed understand that in Christ, liberty has come for every person,” Cosby said. “When the political process disallows that liberation, then that church, that body of believers must speak out.”

McRoberts’ responded to a question written by Ecklund’s students regarding whether black lives matter or all lives matter.

Although several audience members applauded this, one community member asked McRoberts to repeat his statement and said he disagreed.

“That’s not the premise of black lives matter,” the community member said. “Black bodies are disproportionately affected by violence and other oppressive systems. Yes, theoretically, all lives matter — that’s a given ... but [that] is dismissive [to black people].”

Other audience members asked about addressing misogyny within black churches and how to encourage more black churches and congregants to be socially engaged, as well as the morality of spending large amounts of money on building churches. With regards to black churches’ response to incidents of violence in the past few years against black communities, Edwards said it was important to remember that this is a challenge facing everyone, and not simply the responsibility of particular communities who are affected by racism.

“This is not just an issue for black churches or black religious leaders,” Edwards said. “It’s a civic issue and an American issue that has deep roots in history. We must take responsibility as a society.”