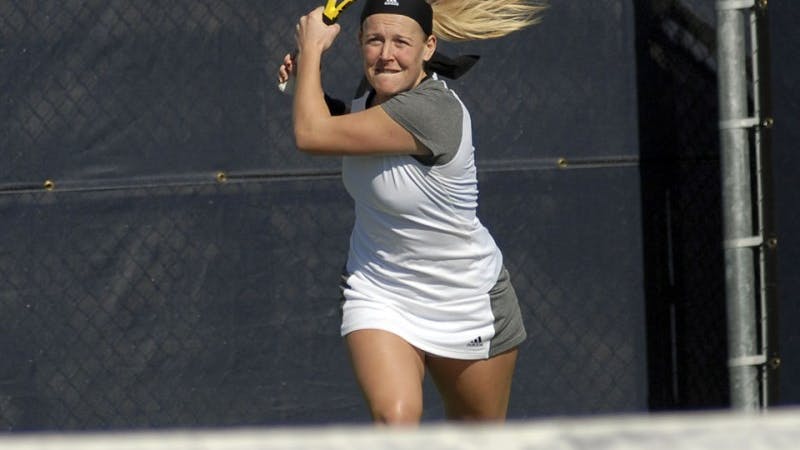 Following a successful 18-7 record last year and an NCAA Championship Regional Round berth, the Rice women’s tennis team adds two new faces but continues their vision for excellence.  From last year to this year, there have been several personnel changes including a new assistant coach, Taylor Fogleman, who joined Rice after spending the past few seasons at Tulane University.Finally, the team has added two American-born players who have continued to impress their upperclassmen teammates throughout the preseason and heading into the first match. Senior Natalie Beazant said the two players, Lindsey Hodge and Savannah Durkin, fit in with the team early on. According to Beazant, Hodge and Durkin being American does not negatively impact the team’s dynamic, which consists of five international players out of eight total.“They fit into the team really well, but they are great girls to be around and work hard every day so the team respects them for that,” Beazant said.  “Besides them and one more girl, the rest of the team is international mainly because tennis is an international sport, but even with this team makeup, everybody has the same goal so it all works out.”  The women’s tennis program believes the closeness between the players themselves and with the coaching staff will be a defining characteristic. With four upperclassmen taking the helm and mentoring the younger players, combined with joint offseason workouts and team activities such as Top Golf, those teammate bonds will carry them far into the season.  Beazant said the team’s success will be derived from their chemistry off the court.“Knowing how close we are already is wonderful,” Beazant said. “Having [Fogleman] as an assistant coach and especially [Schmidt] as a head coach [whom] you can trust both on and off the court and wants the best for you in life, makes us some of the luckiest student athletes in the world.”According to Beazant, playing in the new $8 million dollar George R. Brown Tennis Facility is an exciting prospect and will motivate the team throughout the season.“I think it is simply amazing being at a school ranked as high as it is academically and also have brand new facilities that we have now,” Beazant said.  “I remember when I was told a few years ago that the school was planning on building new courts, so it has been really exciting to see that entire process take place.”The Owls shut out Lamar University 7-0 last Saturday, Jan. 17, and hope to continue that momentum into next weekend’s matchup against the University of Kentucky. The match will take place in Evanston, Illinois on Jan. 24 at 2 p.m.

Redshirt sophomore Sara Blasier, Rice University’s all-conference setter, has been playing volleyball for most of her life. Now midway into her second season on the team, Blasier is the Conference USA’s leading assister and has the fourth-most assists in the country.