Financial literacy a must for students

It is not a stretch to say that risk is endemic to any advanced society or that we as a collective sometimes fail to accurately quantify the risks we allow ourselves to take. The 2008 financial crisis was the fruit of a systematic misrepresenting, and in some cases ignoring, of the risks our financial institutions were taking on a daily basis. 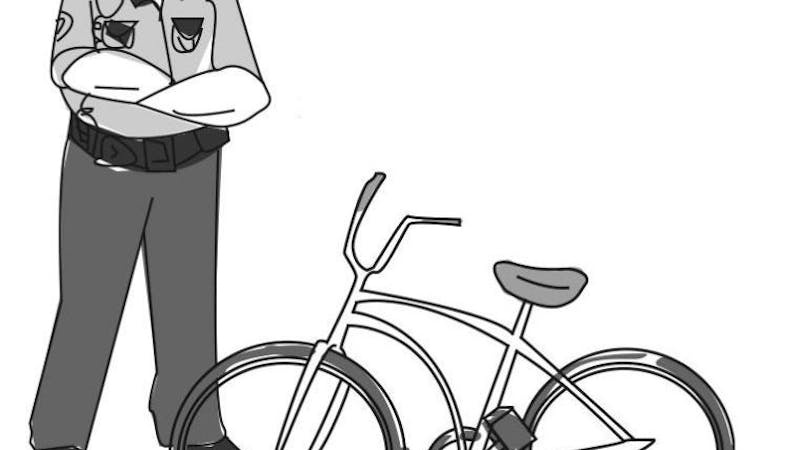 Bike theft is a constant, looming specter in the mind of any bicycle-owning college student. For most students whose primary method of transportation is a bike, losing this vehicle, even for a temporary period of time, can be disastrous. Aside from making the commute to and from class a more time-consuming endeavor, losing a bike can also limit a student's ability to carry out even the most basic off-campus errands. Additionally, if a student lives off campus, simply getting to school each day can become an unforeseen challenge. As a result, the Rice University Police Department has bolstered its theft-prevention measures, recently instituting a bait bike program to help catch and arrest potential bike thieves.

Athletes with other talents 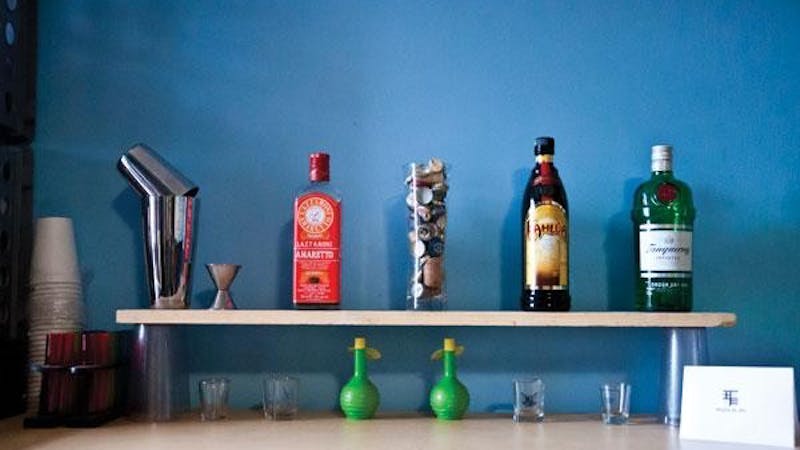 There are few log cabins at Rice University. In fact, to have said there was even a single one would have been untrue until this year, when Martel College senior Alex Weinheimer constructed his very own. Early last semester, Weinheimer, a Thresher Backpage editor, converted his room in Martel Suite 411 into a nearly exact replica of a log cabin.

The members of Rice University Emergency Medical Services usually have little time for small talk. Their on-the-job interactions are almost always with people in distress, and this often-thankless job leaves these people in uniform anonymous. Still, these Rice students manage their schoolwork and their lifesaving responsibilities with impressive tact. A few REMS members told me their stories and talked about how they have become involved with Rice's more than two-decade-old first-responder organization. Students on REMS are still on alert throughout the day, ready to help as soon as they're needed.

Bayou Bucket up for grabs at Reliant

The Bayou Bucket, the annual contest for college football bragging rights in Houston, will be played tomorrow at Reliant Stadium. Both the University of Houston Cougars and the Owls have been struggling as of late, but their records fail to capture both teams' potential on the field. This week's matchup will provide the two teams a chance to right their respective ships. However, this game holds deeper meaning than most weeks. The Rice football team views this game as a battle for respect.

Last Thursday, junior center Omar Oraby requested and received his release to transfer to another school. After a brief period of speculation over his potential destination, Jeff Goodman of CBS Sports reported Wednesday that Oraby would be attending the University of Southern California for the upcoming school year. Oraby enrolled in classes today, the university-wide deadline to begin the fall semester, and will begin classes Monday. "I want to thank Omar for his contributions to Rice basketball over the past two years," Braun said. "I want to wish him the very best in his future endeavors." The 7-foot-2-inch Oraby blocked a schoolrecord 54 shots last season, despite playing 11.6 minutes per game. Perhaps more importantly, his inside presence allowed for senior forward Arsalan Kazemi to operate more on the perimeter, helping lead to his career-high 59.4 percent clip from the field. Oraby averaged 6.0 points, 3.6 rebounds and 1.6 blocks per game, shooting a team-high 62.9 percent from the field. Oraby also flashed growth as the season progressed, and averaged slightly over 16 minutes per game after a breakout performance in which he put up 16 points, 10 rebounds and six blocks on 8-10 shooting in a narrow loss to Marshall. Oraby is the fifth Rice player to depart since the end of last season along with then-freshmen Dylan Ennis, Jarelle Reischel and Ahmad Ibrahim, and David Chadwick, a sophomore at his time of transfer. However, the reasons given by the departures differed, as Ibrahim left to play professional basketball in his home country of Lebanon, Chadwick cited a lack of playing time as his primary reason for transferring and Reischel and Ennis stated that they wished to be closer to their homes. Oraby, who was reportedly also considering the University of California, Los Angeles, Ohio State University and the University of Rhode Island, was seen on the USC campus Wednesday when the news broke. According to ESPN, USC also reportedly plans to submit a hardship waiver to the NCAA for Oraby to be eligible to play this season. If the waiver is not granted, he will have to sit out the season before resuming playing next season with two years of eligibility remaining. Oraby's transfer also comes on the heels of the departure of assistant coach Marco Morcos last spring. Morcos had played a role in recruiting during his time at Rice, and was a key figure in the signing of Oraby prior to last season.

Owls fall behind early, unable to come back

Soccer learning on the fly

Becky Wade (Martel '12) found herself in a familiar position at the culmination of her Rice career at the C-USA tournament this weekend, earning gold in both the 5,000m and the 10,000m, finishing with a time of 16:27.57 in the former. Wade also holds the record in the latter event, and ends her Rice career with five C-USA gold medals.