Response to 'Identity Politics' : Opportunity and power lie in social context, not a vacuum of individual responsibility

The piece conveniently omits the fact that opportunity does not exist equally for everyone in this country, and there are certain groups of people who have been and still are systematically denied opportunities to succeed. 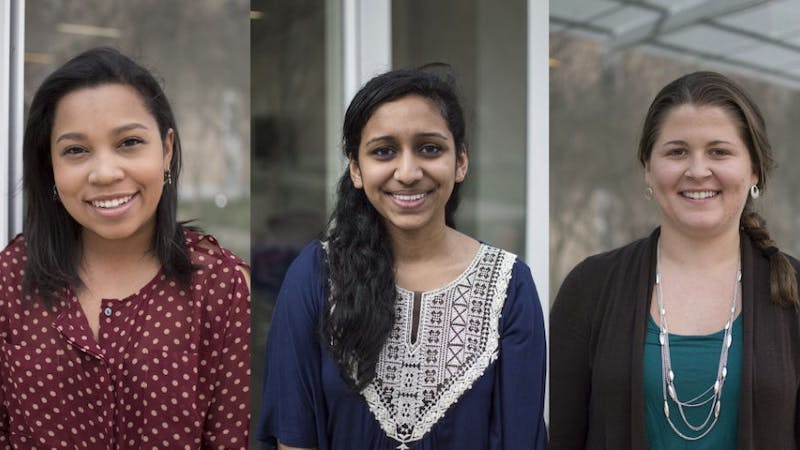 The general elections for the Rice University Student Association began on Monday, Feb. 9 and will continue through Friday, Feb. 13. Three contenders are running for the presidential position: Jazz Silva, Aishwarya Thakur and Sandra Blackmun.

Rice University’s Baker Institute ranked 18th-best think tank in the United States, rising two spots since 2013, according to the 2014 Global Go To Think Tank survey. “Despite our small size, [in addition to the U.S. ranking,] we have succeeded in being ranked in the top 10 of university-affiliated think tanks in the world,” Baker Institute Founding Director Edward Djerejian said.The Baker Institute is a 22-year-old nonpartisan public policy think tank focusing on domestic and foreign policy issues. Ranked the fourth-best global think tank on energy studies, the Baker Institute’s competitive advantages are mostly linked to its Houston location because most top-tier think tanks are located on the east and west coasts of the U.S., according to Djerejian.“We do health policy because right across the street from Rice is the Texas Medical Center,” said Djerejian. “[We do] the Middle East largely because of my experience as a former American diplomat and Secretary Baker’s experience in the Middle East … We do space policy because NASA is just to the south of Houston and George Abbey [senior fellow in space policy] is the former director of the Johnson Space center. We just created a Mexico center because ... we think location, location, location.”The Institute engages in cutting-edge policy research, but Djerejian emphasized the importance of Rice’s undergraduates becoming more engaged with the think tank.“We call ourselves Rice University’s Baker Institute,” Djerejian said. “We have always wanted to gravitate toward being part of the education role of Rice with the student body. We just like to get students as fully engaged as possible. We have created this thing not just for the decision makers, but also for the students.”Rice students are involved with the Baker Institute through the Baker Institute Student Forum, internships with fellows and scholars, internships through the Jesse Jones Washington, D.C. intern program and as students in courses taught by Baker Institute fellows. In addition, this year, the Baker Institute will begin to offer a graduate Masters of Global Affairs, according to Djerejian.“The Institute has always been very supportive of us and always very supportive of students engaging with public policy,” Nathan Joo, president of the Baker Institute Student Forum, said. “[They] do a lot on student outreach and student support. They offer really great internships; they offer other great opportunities for students to do policy work ... [Fellows are] enthusiastic about meeting students.”

The Kinder Institute for Urban Research is currently in the process of transitioning from being a part of Rice University’s School of Social Sciences to being a multidisciplinary campus-wide think tank, like the Baker Institute, according to Director of the Kinder Institute Bill Fulton. The institute was founded four years ago by professors Stephen L. Klineberg and Michael O. Emerson of the department of sociology.“The Kinder Institute is designed to use the resources on the Rice campus to do research into urban issues [and] issues of cities, particularly Houston,” Fulton said. “[The institute] then finds ways to work with politicians, civic organizations, private business and so forth to try to take the solutions to those urban challenges out into the real world and try to implement them and see whether they work.”Currently located in Sewall Hall, the expansion involves collaboration with the School of Architecture and the departments of civil engineering and computer science, among other disciplines. Fulton said the Kinder Institute will now broaden its approach to solving urban issues in order to achieve more visibility and a wider-reaching practical impact.“Certain aspects of its [past research] have had a very important impact. Professor Klineberg’s survey … has had a very important impact helping people in Houston understand what the city really is today,” Fulton explains. “Thirty years ago Houston was almost entirely white; today it is 45 percent Latino. It’s very multi-ethnic. There are various issues associated particularly with educational attainment of non-whites, so the Houston area survey has highlighted that.”The survey quantifies Houston area residents’ attitudes and beliefs in response to changes in the area. The institute aims to share the information found from the annual survey with scholars, leaders and the public.In the past, the Kinder Institute also worked on projects such as the Houston Education Research Consortium, through which scholars work with the Houston Independent School District to help administrators understand the effect of their programming.Fulton said he hopes for a future of collaboration between Rice’s two think tanks. Allen Matusow, academic director of the Baker Institute, also serves on the advisory board of the Kinder Institute. According to Fulton, the Kinder Institute emphasizes quantitative research, unlike the Baker Institute, although future plans involve more policy analysis.“The Baker Institute, as you may know, focuses largely on national and international issues. But we are beginning to talk about what the overlap is,” Fulton said. “The Baker Institute does very good work on health policy, for example. We do work on urban health here, particularly health in the urban areas. And so we are currently trying to identify areas of collaboration [between] local city and metropolis [analysis and their] state national and international stuff, so there will be some overlap and we are trying to identify how we do that.”For now, the 4-year-old institute will remain housed primarily in the basement of Sewall Hall. Fulton is thinking about future research on education, health and strengthening the global cities program. Fulton said he is particularly interested in the growth of the Houston region.“Houston is going to take its place as one of America’s and the world’s greatest cities,” Fulton said. “I think Houston is highly underappreciated. It’s a big, complicated, sophisticated cosmopolitan city. Our job is to help everybody else in the U.S. understand that Houston is a big, important city, and that lots of really great ideas about how to improve city life and how to deal with urban problems can come out of a city like Houston in addition to a place like New York or LA.”