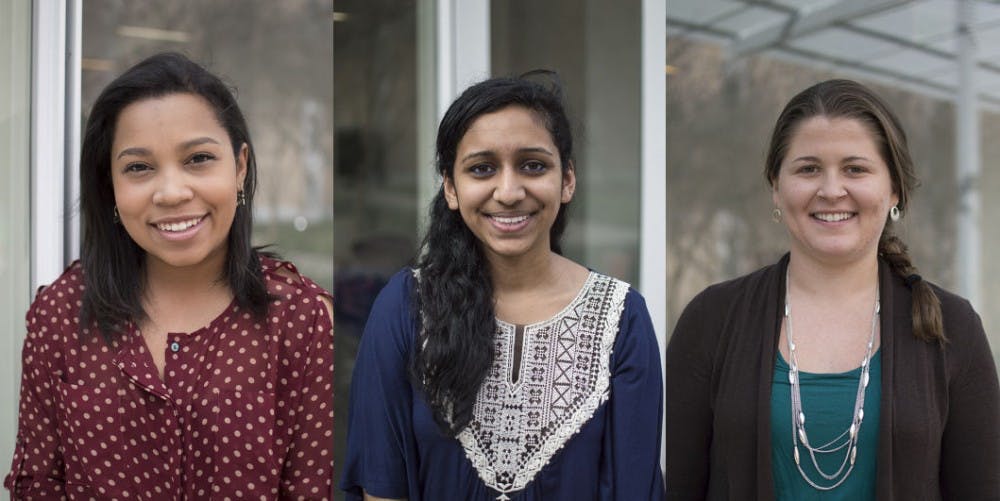 The general elections for the Rice University Student Association began on Monday, Feb. 9 and will continue through Friday, Feb. 13. Three contenders are running for the presidential position: Jazz Silva, Aishwarya Thakur and Sandra Blackmun.

Should she be elected SA president, Sid Richardson College junior and SA senator Jazz Silva said she will preserve the work of this year’s SA while increasing its visibility on campus.

“Some of the other candidates are running on the platform of ‘We just need to make more change,’” Silva said. “Everything doesn’t need to be changed — I think what I like about the SA is we make smart changes. ”

To increase student engagement with the SA, Silva hopes to bring all-campus meetings to each college as well as to create positions on the SA to represent student athletes.

“Athletes are a lot of times encouraged not to run for or hold positions of leadership within colleges and across campus,” Silva said. “I don’t think you can increase the scope of representation of the SA while ignoring that huge [number] of students.”

Silva said she hopes to oversee implementation of blanket tax reform as well as restructuring of student parking. She currently serves on the SA Parking Committee and was a member of the Economic Initiatives Committee.

Silva said she places importance on the SA’s relationship with faculty.

“In the past, the SA has ... been passive toward faculty,” Silva said. “We’re afraid to put our foot down on things we really want. I think [communicating with faculty] is the biggest responsibility of the SA president.”

Silva said student outreach is another important area for improvement.

Lovett College sophomore and SA senator Aishwarya Thakur is running on a platform of “knowledge, vision, action.” Thakur’s experience in the SA includes serving on the 2017 Academic Calendar Committee and working as a New Student Representative.

Thakur said she has three action items if elected president: examining student interest in certain majors and minors, extending the findings from Rice Education of the Future and creating an alumni network.

“This position is all about doing multiple things at once,” Thakur said. “It’s important to get the ball rolling in a lot of different areas.”

Thakur said she wants students to see the SA as an extension of their residential colleges.

“I don’t want people viewing the SA as a 12th college,” Thakur said. “In office, I wouldn’t overstep boundaries; colleges are great at what they do and [it’s] a great way to reach out to people.”

Thakur said she hopes to carry out her external and internal visions of the SA and Rice without making unpopular changes.

“I want to respect the experience and the culture that we have here, but I also want to move it forward,” Thakur said.

Jones College junior Sandra Blackmun said she would use her experience in residential college government to improve SA-college coordination. Unlike her opponents, Blackmun has one year of experience with the SA.

“My overall platform is just bridging the gap between the colleges and the SA, and obviously a lot of people will say that,” Blackmun said. “Because of my college government background, I can [connect the two].”

According to Blackmun, working with the colleges will allow the SA to better involve students in its work. Blackmun said she would attend college cabinets and meet with college presidents to reach out to the student body.

“I would want to change the way people perceive the SA in terms of not working against the colleges,” Blackmun said. “I ... want to make sure to shape the way people view the SA.”

Blackmun said she supports the general direction of the SA under current president Ravi Sheth and that she hopes to carry out the Rice Education of the Future initiative and create a single student organization event calendar.

According to Blackmun, her philosophy of leadership stresses cooperation.

“A good leader isn’t someone who leads followers,” Blackmun said. “It’s someone who creates miniature leaders [and] a great team.”