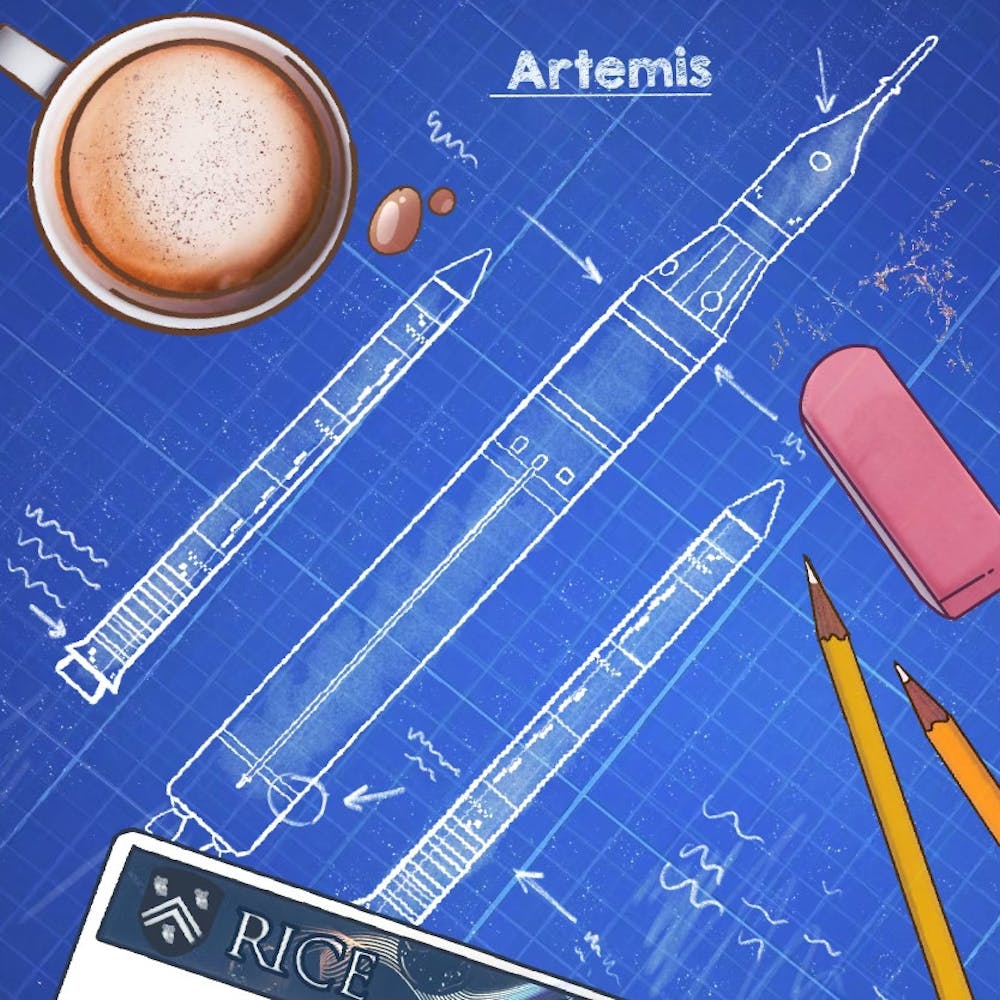 It’s a bird. It’s a plane. It’s Artemis. Artemis 1, NASA’s first mission in a series of lunar exploration trips, launched in November 2022. Perhaps you saw some of your Rice peers’ handiwork — as Rice and NASA continue to collaborate, several Rice students are able to contribute to the Artemis missions through the Johnson Space Center’s Pathways Program.

Emily Ellison, a Sid Richardson College senior, is one of these students. She said she worked on inflatable technologies, such as the Orion Crew Module Uprighting System, which will keep astronauts safe when landing. Aerospace has interested Ellison since childhood.

“I have always really liked space,” Ellison said. “I grew up watching Star Trek with [my dad]. I will say naturally, my interest is more so in cool designs and the engineering side of things.”

Ellison said Rice provided opportunities to pursue this field, from alumni connections at NASA to joining Students for the Exploration and Development of Space, where she was ultimately encouraged to apply for the Pathways program.

Joshua Holder (‘22) said he also participated in the Pathways program, where he was on the flight operations team writing software for capsules.

“Once you’ve designed the vehicle, you need to actually operate it, make sure it’s doing well,” Holder said “So I sat in on a lot of simulations of test runs of the mission, developed some tools for the people sitting on the console in the mission control room so they can send commands up to the spacecraft and receive data really easily.”

Unlike Ellison and most people at NASA, Holder said his journey to aerospace did not begin as a child, but rather when he joined Rice Eclipse.

“I was definitely not a space kid,” Holder said. “You meet a lot of people at NASA who have always been space kids, always wanted to be an astronaut, whereas for me, the path was very Rice-related.”

Daniel Cohen, a Lovett College senior, said his role as a Pathways intern largely consisted of writing code for flight controllers in the Artemis mission.

“I was writing code that would tell the simulator where, when [and] what to screw up so that flight controllers could get a better training experience. Those flight controllers went on to actually be in mission control during [the Artemis] mission,” Cohen said.

Much like other students, Cohen emphasized the value of Rice’s resources for aerospace careers.

“Technically, Rice gave me a solid background in engineering and the fundamentals that you need,” Cohen said. “To work as an aerospace engineer you need to have a background in thermodynamics, fluid mechanics, structures … and also the hands-on aspect of it. I really got that through the Eclipse rocket team.”

Wyeth McKinley, a Jones College senior, said he credits the Oshman Engineering Design Kitchen for helping him develop technical and interpersonal skills, which he translated into his internship — and, starting this August, will translate into his work as a full-time flight controller.

“[I was] working on the Artemis program as an engineer designing structure [and] testing ladder concepts for the lunar lander, and as a flight controller training astronauts and developing procedures for the upcoming missions,” McKinley said.

These students are passionate about space exploration. They say they want Rice to be passionate, too.

“Please, I’d say, pay attention,” Cohen said. “If you talk to someone who was alive in the ‘60s, they will almost always tell you they remember the moon landing. They remember where they were. They remember watching it. I would just like to see that same amount of enthusiasm among our generation.”