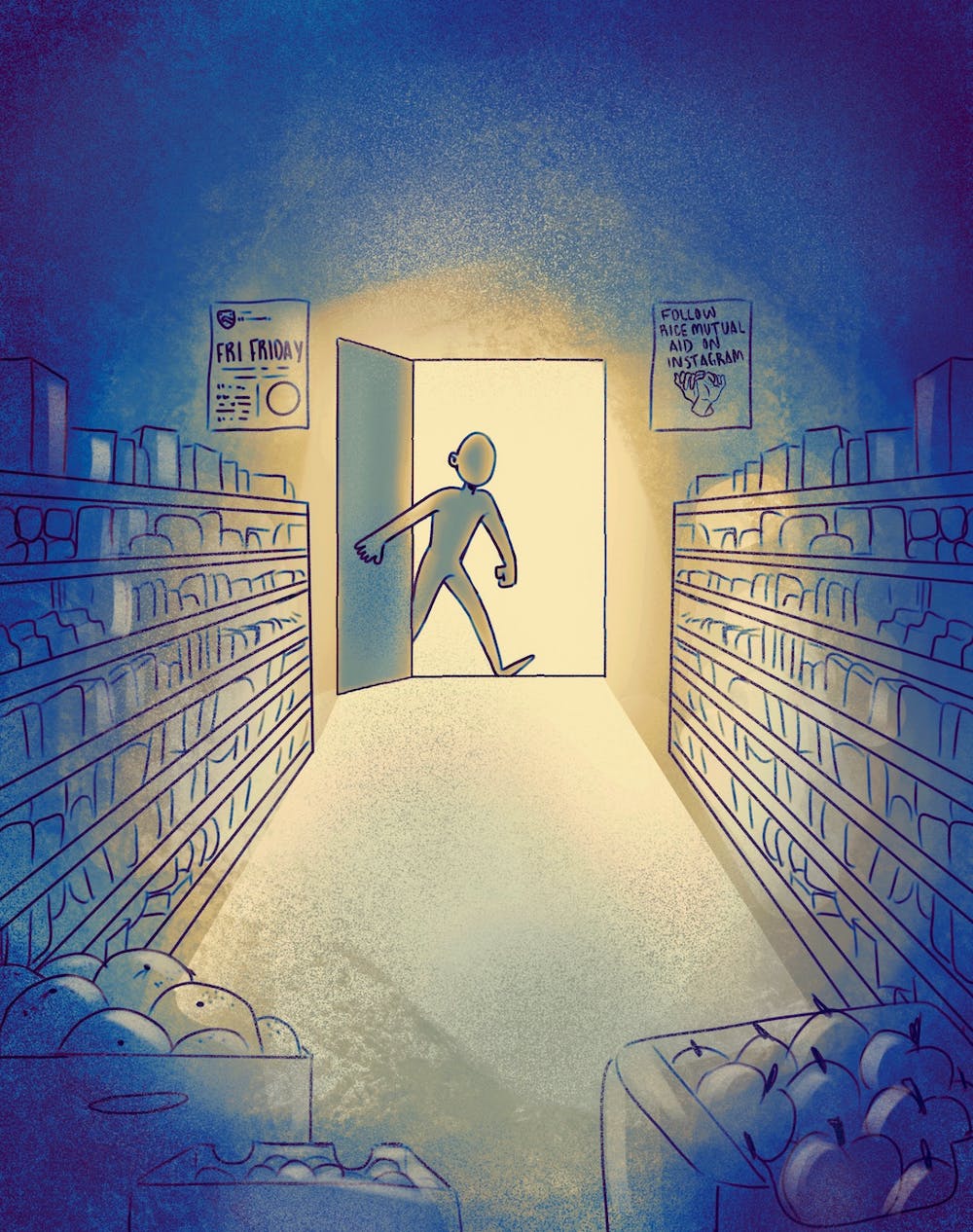 How does a school ranked No. 1 for both its race/class interaction and quality of life provide resources for students experiencing financial, academic or personal burdens? The Office of Student Success Initiatives, and by extension Rice’s resources for first generation and/ or low-income students, runs largely through word of mouth, according to director Araceli Lopez.

“SSI has really operated a lot on word of mouth by students since our inception in 2014 … We’re kind of a one-stop shop for everything,” Lopez said. “I like to tell students to think of us as a triage center — if you have a concern or a question or don’t know exactly who to go to, you can come to us and tell us what’s on your mind. We can help you either resolve that or give you the skills that you need to resolve that.”

According to the associate director, Taylor Breshears, the SSI publicizes their events through their listserv, in addition to Instagram, GroupMe and their advising appointments. The SSI offers support and community-building events for FLI students through FLI Friday luncheons, accessibility funds, an anonymous food pantry and FLI Ambassadors — undergraduates who support other FLI students and identify as such.

America Malacara, a FLI Ambassador, said that many FLI students are hesitant to use resources such as the Magister’s Fund, the Access and Opportunity Portal and Rice Mutual Aid because they feel like somebody else needs it more than them.

“It’s not even just imposter syndrome,” Malacara, a junior at Sid Richardson College, said. “It’s also combined with this guilt that makes you feel like you shouldn’t be asking for help. Since a lot of us are here on full ride scholarships, or QuestBridge scholarships, we feel like because we’re so fortunate to have those things that we have to stick through it and be successful and not have to ask for help.”

The SSI also provides first-year programming and relies partially on information sessions held during Orientation Week to inform new students of its existence and resources. According to Malacara, the FLI programming offered during O-Week is largely inaccessible, and they themselves felt isolated during their first year at Rice.

Malacara said that they decided to become a FLI Ambassador to give back to the FLI community after they helped them build their support system at Rice.

“I’ve heard from several people that O-Week was not helpful at all,” Malacara said. “Sometimes, because they’re FLI, they’re unable to really emotionally connect with their own family because our culture is based on ‘O-Week families forever’ … That’s kind of where we step in — sometimes to repair the sense of community that they never got, and other times it’s just to help broaden their scope.”

In addition to lacking O-Week FLI programming, Malacara said that other FLI resources such as the food pantry are not very accessible. Students, such as Malacara themselves, aren’t likely to know the pantry’s location in an office facing Ray’s Courtyard.

“I had already been an ambassador for a year at that point, and I never knew the pantry was right there,” Malacara said. “The worst part is I’ve literally encouraged people to go to the pantry. I guess nobody ever asked me where [it] was.”

Malacara said that most people who come to them don’t know about the FLI GroupMe, events or Instagram. Breshears said in an email to the Thresher that the pantry was used 79 times from August to December 2022, according to their anonymous post-pantry usage survey. Of those 79 times, 19 were new users, but they said the pantry’s visibility could still be improved.

Debi Saha, a FLI student and the chair of the Student Association Diversity Inclusion Committee, also said that the food pantry’s hours of operation are inaccessible. Saha advocated for relocating the pantry to a more accessible location through the Food Access and Insecurity Coalition. Currently, students have to ask the SSI office for access to the pantry.

“One of the reasons [the SSI was] resistant towards the idea of having an open door pantry is that it needs to be in a private location,” Saha, a Lovett College junior, said. “You don’t want the students to feel embarrassed, but it’s far more embarrassing to actually have to ask them.”

Ultimately, the biggest message that SSI staff want to share with the Rice community is one of inclusion.

“Rice creates a nice web of support so that students can feel safe to go to them, but I think a lot of our students still feel some kind of shame, or guilt or shyness,” Lopez said. “Show up as you are here. I’ll share with you my struggles as an undergrad student — I was also a first-gen [student]. I understand the pressures of having to figure it out because so many people are relying on you. Everyone here in this office gets it.”