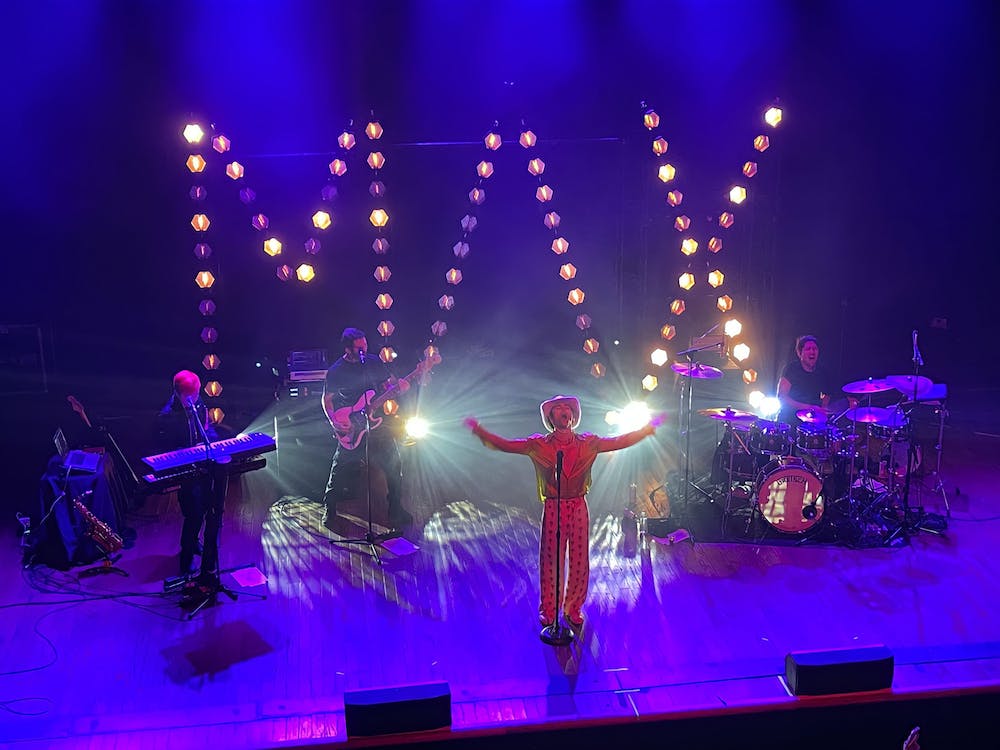 Listening to MAX’s songs in advance was a good primer for the concert, but his stage presence was even more impressive than his vocal prowess on the studio recordings. He constantly danced and moved around the stage, and the crowd matched his energy. Although I didn’t know many of the words to the songs, I couldn’t help but dance, because it was clear that everyone was enjoying themselves. Most of his songs fall squarely into the radio-friendly bubblegum pop category, so they were ideal for people like me who were less familiar with MAX’s music and more interested in just having a great time. Also, it’s worth mentioning that we had access to the room’s mezzanine section thanks to the Thresher, and the view was incredible.

Even while essentially doing nonstop cardio for an hour, MAX still managed to hit every riff and run, and then some. He almost never sounded winded, except on “Love Me Less,” but was able to catch his breath during the slower songs that followed. He also made sure to engage the crowd, and tried on a cowboy hat for a few numbers before throwing it back into the crowd.

I also enjoyed the show’s opener, Sara Kays. Like MAX, I was already familiar with a few of her songs — she’s experienced a relatively rapid rise in popularity after debuting her songs on TikTok a couple of years ago. Her vocals sounded clear and she seemed to engage the audience throughout her slower tracks.

Like many burgeoning singer-songwriters, Kays isn’t afraid to delve into sensitive topics in her music, and I appreciate her candor. However, I thought the choice to pair Kays’ mellower music with MAX’s dance tracks was a little odd since the two artists don’t seem to have anything in common. MAX brought Kays back onto the stage to sing Ali Gatie’s part in “Butterflies,” a smoother track that fit both of their voices and ranges well.

All in all, I may not be a new convert to MAX’s music, but I had a lot of fun jamming out to his songs. His energy was impressively high throughout the show, and he clearly enjoyed himself. The show was never boring, and he avoided the usual pitfall of pretending to leave only to return moments later for an encore. MAX is a solid artist and performer, and I’m sure he’ll continue to “Take Over” the airwaves with whatever pop hits he has planned next.