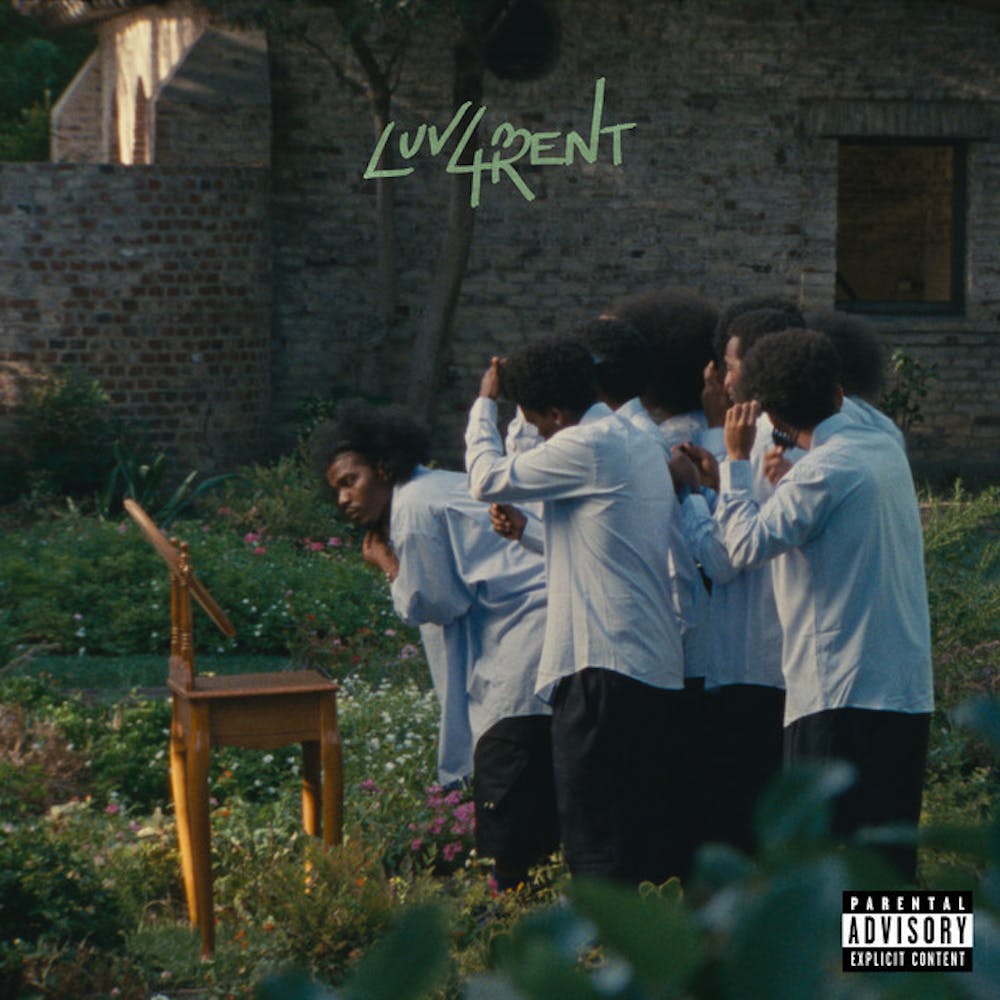 Smino creates an uncategorizable and unique album centered around the many forms that love can take on “Luv 4 Rent.” Unconstrained creativity is nothing new to Smino, as it’s been visible in his work since his exceptional debut “blkswn.” Smino is an artist who sounds like no one else and trailblazes his own combination of neo-soul stylings and an off-kilter form of rap.

Smino created “Luv 4 Rent” to inspire his listeners to “look inward instead of outward to other shit.” To do that, he outlines various forms of love throughout the album’s tracklist, merging the internal and external forms of love to create an intimate and detailed portrait of acceptance and belonging. “Luv 4 Rent” is also Smino’s first album with samples, which leads to a dense and multi-faceted sound that can envelop listeners in the music.

The album begins with an almost hymnal track sung by Smino’s little cousin that emphasizes faith and trust in what is to come. The feature from a family member brings in the type of love that can only exist between family, adding gravity to the album’s opening. Its sound elicits a pause in the listener, opening them up to what is to come.

The album was previewed for listeners with the lead single, “90 Proof,” a track that J. Cole had requested for his own album after featuring on it. “90 Proof” emphasizes trying and learning to love in relationships and continues J. Cole’s string of exemplary features in the past year. Smino’s funky chorus is reminiscent of OutKast and helps to create an interesting and enjoyable listening experience.

“90 Proof” flows right into “Pro Freak,” a track that was originally based around the sample used in J. Cole’s “January 28th.” However, the band refused to clear the sample that was originally used, saying that Smino was too vulgar, which led to the producers creating new instrumentation instead. The remaining sample in the song is from a viral video and is used to add texture to the track.

The instrumentation in “Pro Freak” has a kinetic groove that is only made better by the vocals. A highlight is definitely Doechii’s verse towards the end of the track, which Smino says was the song’s final ingredient.

One of the highlights on the album, “Settle Down,” is a layered celebration of “doin’ my best” and not stressing about things. The song invites listeners to take a step back and be satisfied with themselves. There is an almost jaunty feeling to it that brings to mind a bright summer day with a perfect breeze. The tempo feels almost sped up in a way that retains listeners’ attention throughout the track.

In a particularly effective couplet, Smino reminds his listeners of the effect that their mindset can have on their day: “Makin' up haters in your mind sound like self-hate to me / Imagine everybody lovin', and that's what you gon' see.” Smino invites his listeners to assume the positive and to let that flourish in their lives.

“Luv 4 Rent” is a further evolution for Smino’s sound that sees him experimenting with samples and stretching his musicality to new heights. It is an album that manages to stand out with its unique sound, a difficult feat with all of the music available on streaming today.