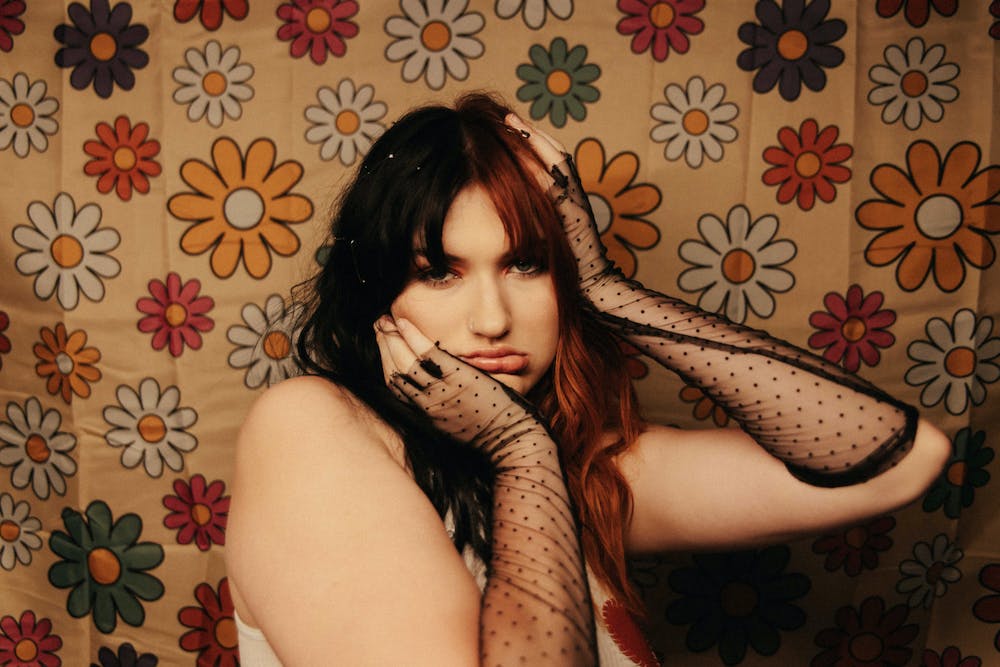 If I had forgotten that GAYLE, who was recently nominated for a Grammy Award for song of the year, was only barely 18 when we spoke during ACL, I would have quickly remembered when I went to open voice memos on my phone.

“Is that Tinder?” she asked. I quickly nodded. “I’m banned from Tinder,” GAYLE told me.

The 18-year-old artist explained that she made an account when she was 17 before her profile was quickly deleted – her bio proclaimed her actual age, after all.

“I’ve tried to use different numbers, different email addresses,” GAYLE said. “Like, I cannot get back onto Tinder.”

ACL was a return to Texas for GAYLE, who is originally from Plano. Besides her excitement at returning to her home state and the chance to play at a festival that she called “iconic,” returning to Texas was a chance to come back to the place that inspired her singing career.

“One thing I really love about Texas is that it gave me a really big inspiration from powerhouse singers. I feel like there's so many talented musicians and powerhouse singers in Texas that I always found very inspiring,” GAYLE said. “When I went to Nashville, I really fell in love with the art of performance and just playing instruments and everything – that came in Texas.”

As much as GAYLE loves Texas, Texas seemed to love her, too – the crowds at ACL were quick to learn the lyrics to songs that had just been released the day before on her most recent EP, “a study of the human experience volume two.”

“I'm just so excited by the fact that [the EP’s] out,” GAYLE said. “And now I get to just talk about the songs more and I get to spam people on TikTok and everything.”

After skyrocketing to fame when her song “abcdefu” went viral on TikTok, GAYLE said that she found the year to be overwhelming at points as she adjusted to her newfound fame.

“But I think recently I've been coming to the conclusion of just how lucky I am,” GAYLE said. “I've always wanted to see the world, and the fact that I get to see the world and do live music at the same time. Especially now, post-pandemic, we finally get to, like, see people's faces instead of just numbers and analytics, and that's been very exciting. Just to get to do live music is such an honor, so I'm just so excited and grateful.”

GAYLE said that she has a deeply personal relationship with her music — one that shifts between love and hate over time.

More than anything, though, GAYLE said that she hopes audiences recognize her passion for writing, creating and performing music.