BISF debate canceled amid a variety of concerns 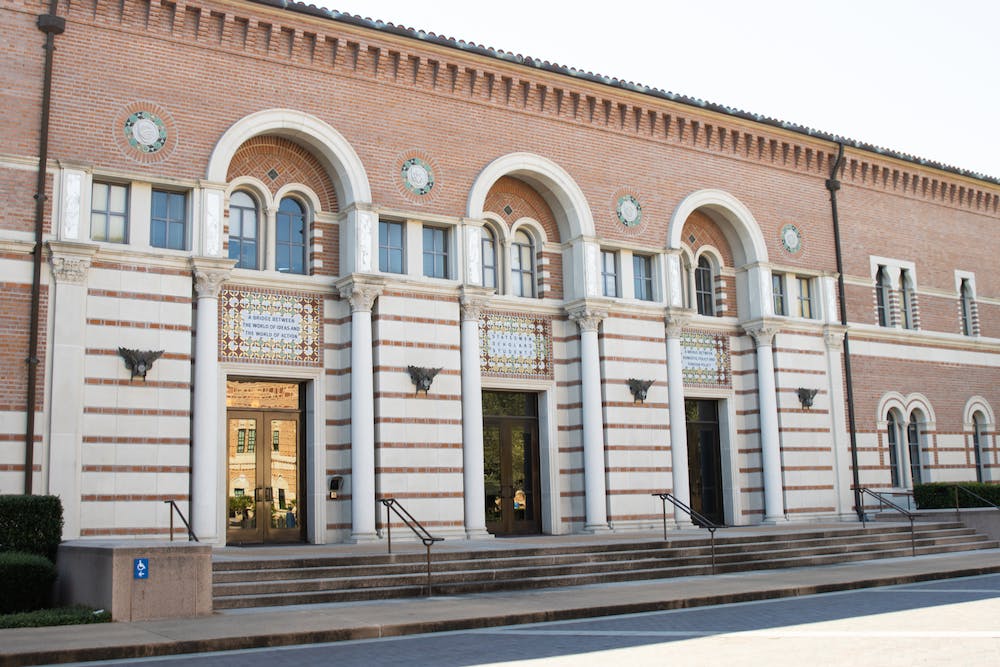 The debate between the Rice University College Republicans and the Rice Young Democrats hosted by the Baker Institute Student Forum was canceled over the weekend after both groups declined to participate. The debate was originally set for Monday, Nov. 7.

According to BISF presidents Thomas Kovac and Oliver Hutt-Sierra, the RUCR first informed BISF they were dropping out of the debate on Nov. 4. BISF tried to replace the RUCR with Torch, a Libertarian club, but upon informing RYD of this change, RYD also opted not to participate.

According to Dimitri Galterio,  junior external vice president of RUCR and head of their debate team, all parties had agreed that BISF would send the questions to the RURC and RYD by Oct. 26, but the questions weren’t sent out until Nov. 3 at 11:37 p.m. In a statement to the Thresher, Kovac, a Wiess College senior, and Hutt-Sierra, a Martel College senior, said that BISF regrets that there was a misunderstanding about when the questions were to be provided; BISF had intended to provide them on Nov. 2, and last second edits caused a one-day delay.

Galterio said the delay was the primary reason RUCR dropped out of the debate.

“Right from the get go, we were faced with incredibly disorganized and slow communication [from BISF],” Galterio, a Lovett College junior, said. “We did not receive replies on important elements of the debate for days, and in some cases, weeks … Given the disorder, we didn’t feel confident that the debate itself would be run in a professional manner.”

Kavya Sahni, president of RYD, said that the timeline wasn’t an issue for the Democratic debaters.

“We were fine getting prepared for the debate. We had enough people [and] there was enough time to practice,” Sahni, a Will Rice College senior, said. “Given [the debate’s structure], it wouldn’t be more than three minutes [of speaking] per question anyway … a couple days [was] more than enough time to prepare.”

Galterio said that he was disappointed in the way the events surrounding the debate unfolded.

“We were very much looking forward to having the debate with the Young Democrats,” Galterio said. “But in order to have a fair and meaningful debate that’s intellectually stimulating … both sides have to have access to the topics in advance and need a reasonable time to prepare.”

The debate, which BISF said had been in the works since mid-September,  planned to focus on three topics: healthcare, gun control and the Russia-Ukraine War. According to BISF, the topics were emailed to both RUCR and RYD on Oct. 23.

According to Joseph Barbour, Torch’s president, his club did not hesitate in accepting BISF’s offer to join the debate.

“On Saturday, I got an email [from BISF] saying ‘the Republicans withdrew, would you like to prepare last minute to take their place,’” Barbour, a McMurtry College senior, said. “I said ‘yeah, sure, we’re ready to go. I can provide three debaters, just send me the questions’ ... We would have required a little bit of studying, but we had a couple of members that were absolutely willing to put in the work.”

“The tradition has been for this to be the [RYD] versus [RUCR] debate,” Sahni said. “It’s Republicans versus Democrats. That’s what the thing is. And it was scheduled to be held one day before election day, highlighting the conversation that most people are paying attention to right now.”

Barbour said he was disappointed and confused by RYD’s decision not to debate Torch.

“I think that given the nature of the topics, the debate between [RYD] and the Libertarians would have been relevant,” Barbour said. “I question that decision on their part.”

Kovac and Hutt-Sierra said that BISF would welcome the opportunity to host a policy-minded debate between campus political groups beyond just RYD and RUCR.

“In the future, BISF would gladly host a debate with more than two campus political groups,” Kovac and Hutt-Sierra said. “BISF dedicates itself to encouraging discussions among undergraduates on policy issues [and] would support any debate in which speakers engage with their opponents and the student body in a respectful, constructive manner.”