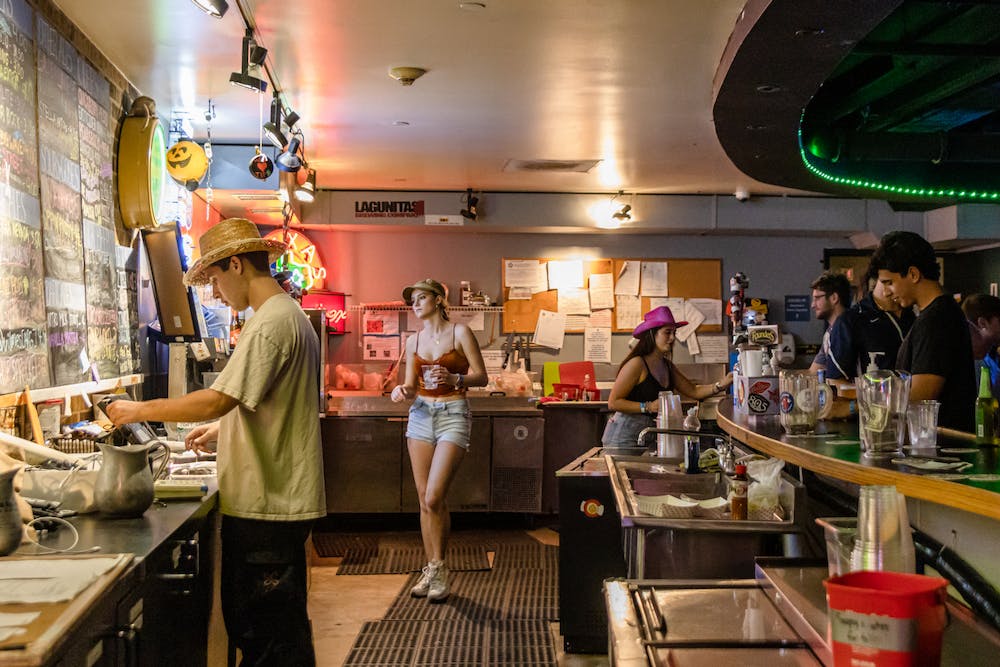 Pub was recently notified by the Texas Alcoholic Beverage Commission about possible violations of Texas state law pertaining to underage drinking and the overconsumption of alcohol according to Miles Sigel, the general manager of Pub.

In response to the TABC inquiry, Pub released a statement reiterating Rice’s alcohol policy and Pub rules via Instagram, and implemented additional policies aimed at preventing such violations.

According to Sigel, these policy changes include an additional employee working on Thursday nights, a one drink per purchase limit for each customer and a renewed focus on enforcing existing security measures like age-identifying wristbands and ID scanning implemented in response to their previous TABC complaint.

“Two officers came in and talked to one of our bartenders on shift,” Sigel, a Wiess College senior, said. “There was no sort of formal complaint filed against [Pub], but I think they just got some sort of tip that there potentially was underage drinking and, or, overconsumption happening at Pub.”

TABC is the Texas state government body regulating the manufacture and sale of alcoholic beverages. Pub has previously been subject to TABC complaints. In 2019, an investigation from the TABC about underage drinking, and the impact of COVID-19, prompted closures that lasted until Nov. 2021.

“Nothing has been proven as [of] yet … there hasn’t been any sort of charge [or] any kind of allegations made by TABC against [Pub], but we did receive complaints alleging there were minors being served alcohol, and so that’s remaining under investigation at this time,” Porter said.

Chief justices reiterated Pub’s statement to members of their colleges via email and GroupMe messages, according to Alan Tapper, the Hanszen College chief justice.

“I sent a message to the Hanszen GroupMe saying, ‘Hey, people will be there watching so if you’re under the age of 21, do not try to buy alcohol, do not use a fake ID,” Tapper, a junior, said.

Julia Engelhardt, a Pub employee, said Pub has employees watching for students who appear to be inebriated while in line, preventing drinks from leaving the Pub space and watching for potential underage drinking.

“Through our training, we will reemphasize, ‘Don’t send people home by themselves if they look sick, make sure they have a friend,” Castrillon, a Will Rice College senior, said.

“I don’t think it’s really affected the attendance too much,” Dooley said. “A big motivator [of attending Pub] is the social pull of Pub.”

Jackson Hughes, the McMurtry College chief justice, said that adherence to Texas state law and Rice alcohol policy is necessary for the continuation of Pub.

“[People should] enjoy [themselves] as much as [they] can while being respectful, responsible and reasonable as [they] try and uphold the Culture of Care,” Hughes said.