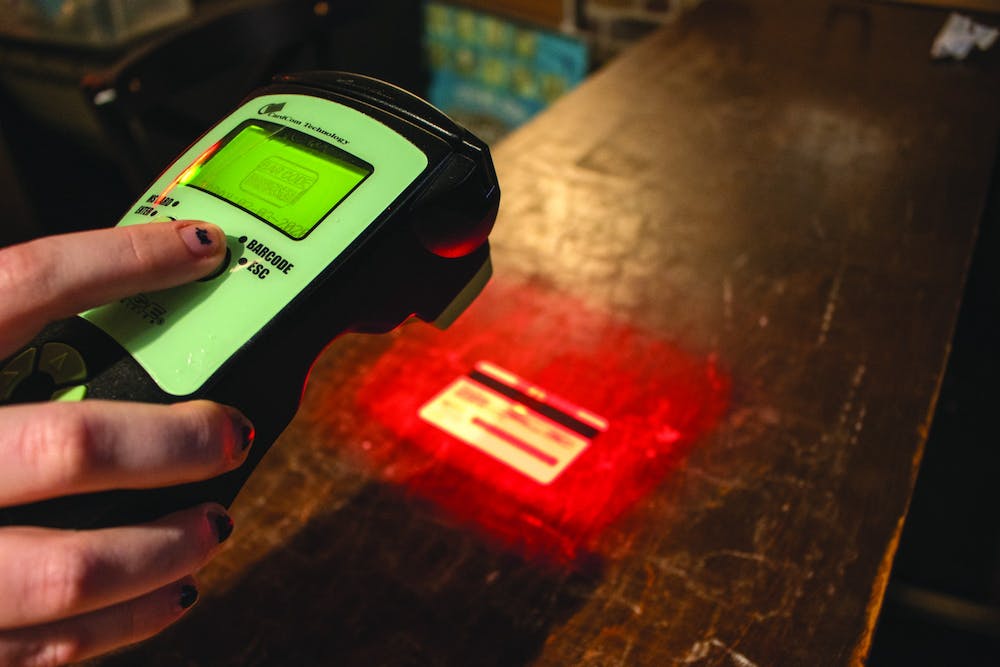 According to a press release by Pub, any further citations from TABC against Pub will likely force Pub to shut down permanently.

TABC conducted an investigation of Pub on Dec. 6, the last day Pub was scheduled to open in the fall 2019 semester, and prompted two charges, the first ever made against Pub — one for selling alcohol to a minor and another for permitting a minor to possess or consume alcohol on the premises, according to Rodriguez.

“[TABC] gave Willy’s as an establishment what they call administrative citations,” Rodriguez said. “We’re still waiting for TABC to get back to us and let us know if there are going to be fines and what those fines are going to be.”

The ID scanner, which resembles a Rice servery scanner, can skim the magnetic strip on the back of driver’s licenses and Texas state IDs for a person’s age and date of birth, according to Julia Robinson, a McMurtry College junior and Pub’s finance manager.

“We asked Willy’s after the [TABC investigation] to come up with upgraded procedures that would improve the way we check IDs,” Rodriguez said. “It’s obvious that fake IDs are a problem here, you know, and people are always trying to game the system.”

Although the ID scanner can determine the authenticity of a scanned ID, it cannot identify if someone used someone else’s genuine ID to enter Pub, Robinson said. She said in most cases she encounters people using other people’s IDs, rather than fake IDs, to bypass Pub rules.

“I think the issue is more that people have IDs that aren’t [theirs],” Robinson said. “Like an ID of a sibling or a friend that might be a legitimate ID. And I think those are mainly the ones I’ve seen that I’m like, I won’t accept this.”

Pub staffers will continue to counteract this form of fraud by comparing the photograph on the ID to the person carrying it and being familiar with the clientele, according to Robinson.

Pub also repurposed an existing Rice Memorial Center security camera to capture the faces of people entering the bar, according to Rodriguez. The line into the bar will now wind around a table at the entrance so that customers entering the bar will briefly face the RMC camera, Rodriguez said.

“We wouldn’t pull it for any other reason other than if TABC questioned us or wanted to see data of a certain person that was charged with underaged drinking,” Rodriguez said. “And Rice might ask for information on that as well.”

Although minors are permitted inside Pub, they are barred from ordering alcohol, according to Emily Duffus, a McMurtry junior and the general manager of Pub. Minors have been able to skirt this restriction by having someone over 21 purchase drinks and discreetly hand them off, according to Duffus.

“Historically if we see people who were underage drinking here, we just reprimand them a little bit and take their drink,” Duffus said. “But [now] we’re not comfortable having people in the bar who we don’t think are working in our interests, and we’ll just make them leave.”

Pub has also revised their back door security to ensure no alcohol is brought out of the bar into the alcohol-free RMC, according to Robinson. During the last few weeks of the fall 2018 semester, Pub was shut down over reports of alcohol found in an RMC conference room, which violated the Rice Alcohol Policy.

“The back door [security] has to open the door for people leaving to make sure that there aren’t people leaving with drinks because that’s a problem,” Robinson said. “The RMC’s dry. Whereas we’re allowed to have alcohol here, there’s not allowed to be any alcohol [in the RMC].”

Pub will also require those over 21 to wear one color of snap-on wristbands and those underage to wear wristbands of a different color, according to Robinson. In the past, Pub staffers would draw an X on the hands of minors using Sharpie marker before they could enter Pub, Duffus said.

“The Sharpie was really easy to rub off, and people would trade wristbands,” Duffus said. “Now with the two wristband system, I think it’s going to be easier for us to make sure everyone in the bar has a wristband identifying their age.”

Robinson said she hopes students will cooperate with Pub to prevent further TABC violations. In Pub’s press release, staffers urge students to refrain from drinking underage in Pub, handing off drinks to minors or presenting staff with fake IDs.