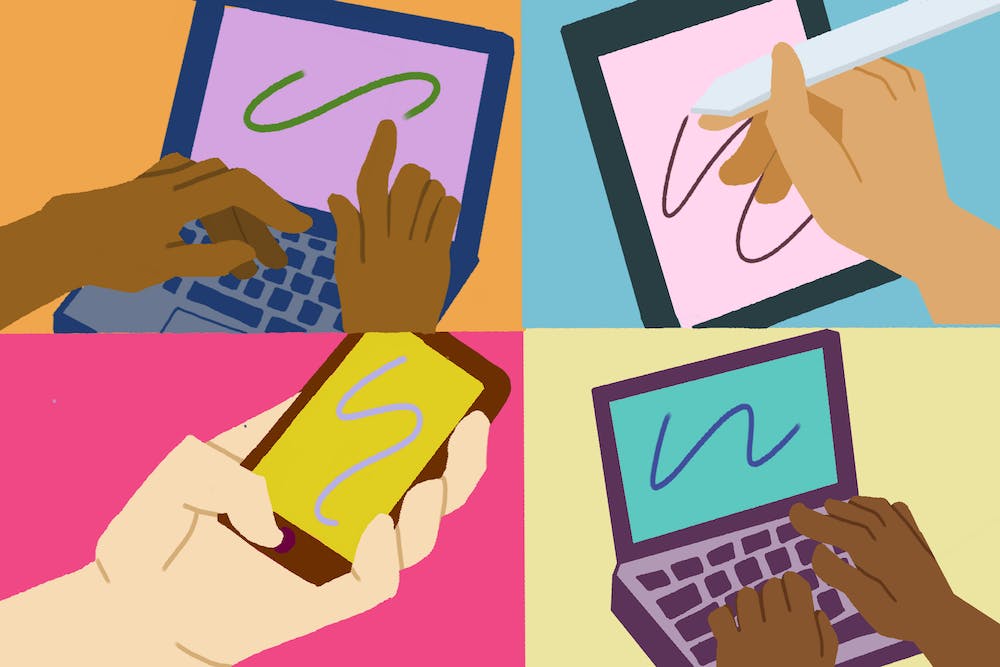 Hosted by Rice Design for the first time, a three-day Design-a-thon titled “Level Up!” was held entirely virtually this past weekend. Students from universities across the country participated in the competition, which challenged them to create a web or mobile application in response to a prompt in financial technology or health and lifestyle. The event also offered practical workshops about design principles from local industry professionals.

Event organizers said the competition was Rice’s largest Design-a-thon yet, with over 250 total participants — for comparison, the 2020 Rice Design-a-thon brought together 116 students, according to a Rice News article. The majority of students were from other universities, such as University of California Los Angeles, Parsons School of Design and Massachusetts Institute of Technology.

Daniel Cho, one of the event’s program organizers, said that the competition placed a strong emphasis on being accessible to beginners by accounting for participants’ experience levels.

“Design is kind of new, and there aren’t a lot of resources [at Rice] — we don’t have a design major. A lot of our Rice participants are going to be first-timers, so we wanted to make the [competition] inclusive of all levels,” Cho, a Hanszen College junior, said. “We have a beginner track, so beginners don’t have to compete with very experienced designers.”

Rebecca Yee, who worked on the event’s programming with Cho, said that she focused on growing students’ design experience as a relative newcomer to the field herself. According to Yee, about 70 percent of participants were complete beginners.

“I came into Rice really having no knowledge of design … but the way that I navigated my way through design was actually through the Rice Design club,” Yee, a junior at Wiess College, said. “Our goal with Rice Design is really to provide that support for student designers — whether they want to pursue design as a career or just as a hobby.”

The event’s organizers created an additional prize category for the best beginner group, which was awarded to a team of Rice students who created Presence, an app that emphasizes community support for expecting mothers.

Groups competed in one of two tracks — FinTech, or financial technology, to help users handle their personal finances, or health and lifestyle, to encourage users’ wellbeing. Teams were judged based on four criteria: user experience, visual design, user research and design thinking.

“The way the Design-a-thon works is you choose a track, and then you conduct a little bit of research just to explore that track and see if there are any specific problems you want to address,” Yee said. “We decided on these two tracks, because they’re pretty accessible to college students.”

The winners from the FinTech track were also Rice students. The team’s app, christened “Goos,” analyzes users’ demographic information to create personalized budget plans and compare their spending habits. Erica Friedman, one of four members of the winning team, said that the app also allows people to compare their spending amounts to other users of similar demographic backgrounds.

“When we were doing our market research and doing competitive analysis, we realized that a big issue with current budgeting apps is that they aren’t super user-friendly for people who are completely new to budgeting,” Friedman, a Hanszen sophomore, said. “So we wanted to resolve that by making custom budgets for people.”

Lia Kim, another member of the FinTech team, said the group relied on YouTube tutorials and the event’s workshops in creating their product, and that the process was a learning curve since she had relatively little design experience. As someone hoping to work in user design, Kim said that this experience will boost her career.

“I was interested in UX design coming in as a career path. I never had a project that I started on, and I think this competition kind of forced me to do a project all the way through within a certain amount of time,” Kim, a sophomore at Jones College, said. “It’s a kickstart to my portfolio, and it’s really nice to have something that I can actually present to people and be proud of.”

“You can just feel at Rice, especially as a designer, that there’s a large, untapped market and a lot of potential at Rice for design,” Cho said. “It’s really cool that we can promote this event. It’s awesome that we’re getting Rice’s name out, because it’s not really known that much outside of Texas.”