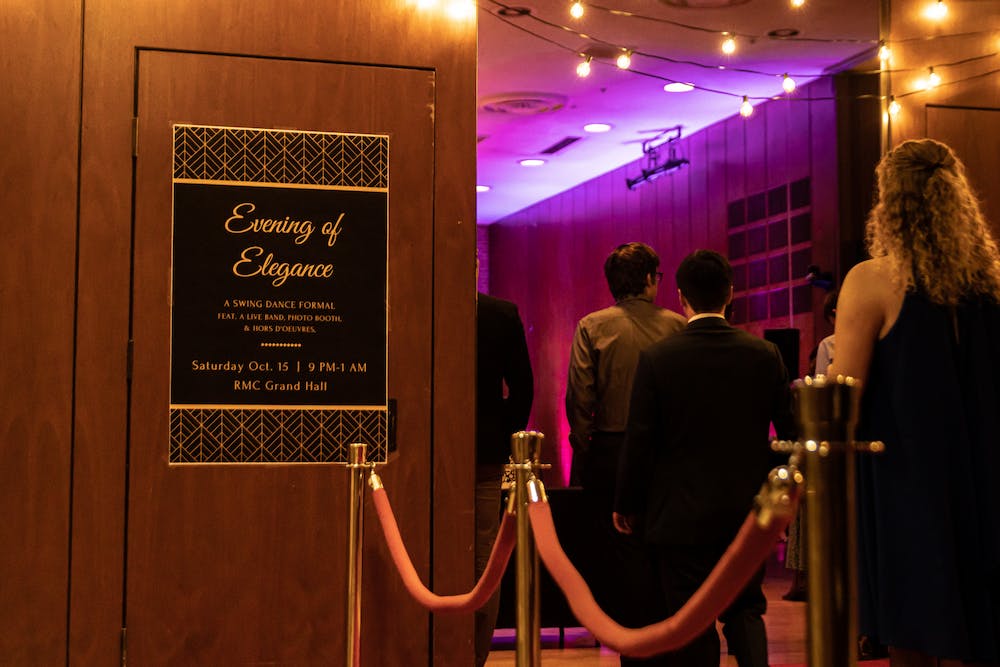 EOE began as an alternative to NOD in 2014. In 2017, attendance at EOE surpassed that of the public for the first time. However, in light of new discrimination accusations, controversy surrounding the event has heightened in recent years.

“My government’s voting members did not want our college spaces reserved for groups that would make any Murts or other Rice students feel as though their identity was a problem, so we denied them,” Brown, a senior, said.

Chen said that Wiess’s approach to NOD this year was to emphasize sex and body positivity as the core theme of the party and to make it more inclusive. One change to accomplish this was through NOD’s Instagram, where infographics related to sexual health resources and body positivity were posted leading up to NOD.

“We felt it was very important to emphasize these messages … just so everyone would be comfortable attending in whatever they felt comfortable wearing,” Chen, a sophomore, said.

Brown said he believes NOD is a good opportunity to promote positive messages surrounding sex. However, he said he understands the event is not for everyone and thus understands the need for an alternative event.

“NOD presents an absolutely fantastic opportunity to eliminate the unnecessary social stigma that surrounds our bodies and sex,” Brown said. “NOD can be an excellent celebration, but it undeniably is not for everyone. Having alternatives for those uncomfortable with the nature of the event is super important, but I think that EOE is absolutely the wrong way to go about it.”

Riley Barker, a junior from Hanszen College, said he didn’t attend either NOD or EOE. Barker said that while he appreciates the messaging around NOD and its theme, he feels some things can be improved on.

“The premise [of the public] is good, [but] the actual structure of NOD leaves a lot to be desired,” Barker said. “I think presenting NOD … as a space of body acceptance [and positivity] and not a particularly sexualized space is very misleading.”

Barker also said he disagrees with Chi Alpha’s EOE being hosted on the same night as NOD.

“If Evening of Elegance happens at all, it should occur separately from NOD, and, preferably, be hosted by a campus organization without a documented history of homophobia,” Barker said.

Sean Cartwright, a student who attended EOE, said he believes that if Chi Alpha didn’t host EOE, he believes another organization would.

“There’s a lot of demand for an alternate to NOD for people who want to feel safe from sexual predators, people who don’t drink, people in committed relationships and people with more traditional attitudes toward sex,” Cartwright, a Hanszen college junior, said.

Barret Glass, Chi Alpha treasurer, said he thought EOE was one of the most fun events he has been to on campus.

“Despite the tension and controversy surrounding the event, everyone was able to just be respectful and loving to one another, set whatever boundaries aside to just dance and have a good time together, which was nice,” Glass, a Wiess College junior, said.

Gail Oudekerk, a junior from McMurtry College, said that while she respects everyone’s right to practice and celebrate their beliefs, she believes positioning EOE  in opposition to NOD is problematic.

“It’s the fact that an organization funded by Assembies of God, which has deeply homophobic, queer-phobic [and] transphobic beliefs, is hosting this event in opposition to a queer-welcoming, sex-positive space, but not advertising that their position is, well, openly queer and transphobic and has been, allegedly, on campus as well,” Oudekerk said.

Oudekerk said she encourages attendees of EOE to consider the consequences of their actions.

“I think when attending, especially if you consider yourself a queer and trans ally, you should be informed about what choice you're making,” Oudekerk said. “[Keep] in mind that your actions can have consequences for your queer and trans friends and neighbors.”

Whitehead, an EOE organizer, declined to comment in response to controversy surrounding EOE.