Ben Rhodes knew he wanted to write; he ended up in the White House 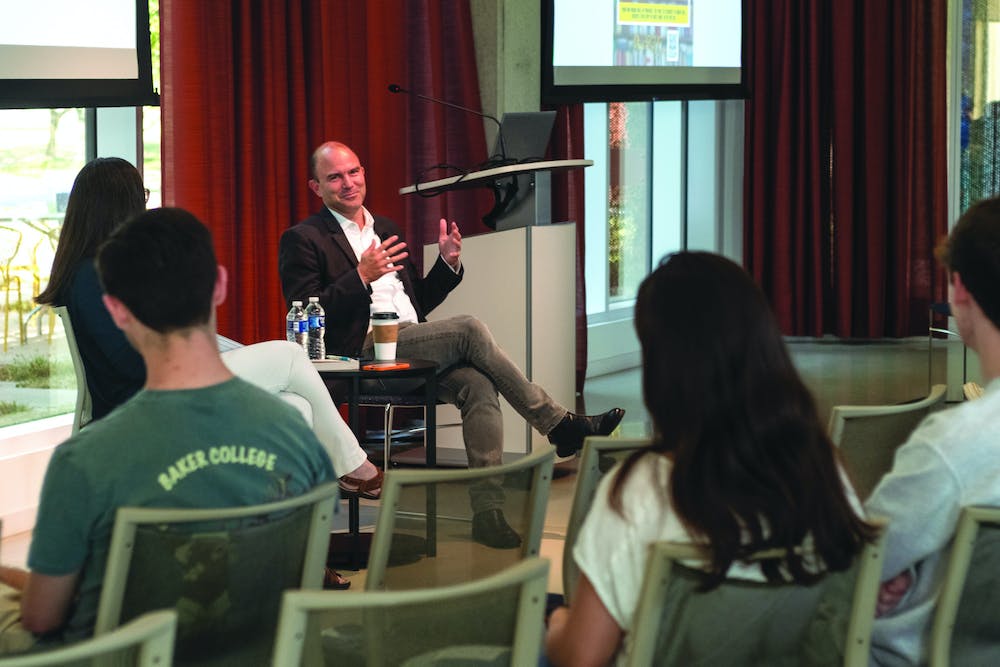 As a member of former President Barack Obama’s senior staff during his eight years in the White House, Ben Rhodes had a hand in crafting many historic foreign policy achievements, from normalizing the United States’ relationship with Cuba to signing the Iran nuclear deal. But according to Rhodes, who spoke on campus Oct. 13 as part of his book tour, one of the administration’s most important foreign policy achievements is rarely discussed: cleaning up unexploded munitions — known as “bombies” — leftover from the Vietnam War in Southeast Asia.

“In the insomnia of my first child, I would binge watch Anthony Bourdain shows, and I saw [one] about him going to Laos and he told the story of these ‘bombies,’ so I got very fixated on this issue,” Rhodes said. “What I liked about it is, it’s a problem that you can solve. Most things in government are just trying to make a bad situation a little bit less bad. [But with this], if we put some money into it, we can clean up these bombs, save kids’ lives and clear land that these people can farm.”

In many ways, Rhodes, whose official White House title was ​​deputy national security advisor for strategic communications and speechwriting, was destined to become a political speechwriter. He graduated from Rice in 2000 with degrees in political science and English, and though he didn’t know exactly what he wanted to do, he knew he wanted to write.

“I always had these two interests: politics and writing … [but] I was dead set on being a writer,” Rhodes said. “I went to graduate school for creative writing, which was a mistake because … I didn’t have enough life experiences to have anything to write about. I was writing short stories about a young guy trying to write short stories.”

After leaving Rice, Rhodes moved home to New York City. On the morning of 9/11, he was working on a New York City Council campaign at a polling location on the Brooklyn waterfront with a clear view of the Manhattan skyline. After watching the attack unfold, Rhodes’ outlook changed.

“I thought to myself, ‘whatever I do, I [want] to be connected to what happens next,’ [but] I didn’t really know what that meant, at first,” Rhodes said. “I went to an army recruiter, who had no idea what to do with a 23-year-old fiction student. If he’d actually had a better pitch prepared, who knows what would’ve happened to me.”

After looking at journalism jobs in Washington D.C., Rhodes eventually started working as  a speechwriter and staffer for the 9/11 Commission and the Iraq Study Group Report. This foray into foreign policy, along with his writing abilities, got his foot in the door to the Obama campaign in early 2007 — an experience he described as the most fun job he’s ever had.

“I was completely spoiled,” Rhodes said. “I got to work for this generational political talent, who was also a really cool guy, on this campaign that became this pop cultural phenomenon … It’s crazy to look back on that experience; it’s like watching a movie, when I play it back in my head.”

Though he enjoyed writing campaign speeches, including Obama’s famous “Yes We Can” speech, Rhodes found a greater passion once he arrived at the White House. One of his main roles in the administration was preparing remarks for when the president traveled abroad, which Rhodes said he enjoyed much more than the “political bloodbath” that often accompanies domestic speech writing.

“I really enjoyed speechwriting, [specifically] the messaging to foreign audiences,” Rhodes said. “[With] foriegn audiences you don’t have the filter of American politics, you’re just talking to people in another country, and you get a much cleaner shot to explain yourself.”

Reflecting on the nearly six years since his eight-year stint in the west wing, Rhodes said that while he has friends in the current administration, he rarely wishes he was back in his old job.

“People ask me if I miss it. The only times I miss it, or think about what I’d be saying if I was there, is in the worst moments, [because] that’s the moment when you want to do something,” Rhodes said. “At the height of the Afghan pullout, or the beginning of the war in Ukraine, those are two moments where I was like, ‘man, I kinda wish I was there right now.’ Because it’s so big and consequential … I miss that. [But] I don’t miss the day-to-day slog of it.”

After leaving the White House, Rhodes and his family moved to Los Angeles, which Rhodes said was only fair after he subjected his wife to years of living in D.C. Aside from writing books and spending time with his two young kids, Rhodes said that he enjoys spending his newfound free time on activities that help take his mind off the chaos of American politics.

“I run on the beach, which is like, you feel like you’re leaving earth,” Rhodes said. “I love traveling. I [specifically] love going to Asia, because they’re just in a different world. They’re not thinking about the same stuff we’re thinking about, there’s an energy there that’s different … To me, travel is a good mental health [tool] to get out of our weird, American dysfunction.”

Largely because of that dysfunction, Rhodes said he sees a hunger in younger Americans for another inspiring, once-in-a-generation politician. And for that, he said, he hasn’t quite closed the door on jumping back into the political arena.

“[The Obama ‘08] campaign had a real connection to the cultural zeitgeist of the time … when you watch a politician do that, it is incredibly powerful,” Rhodes said. “If somebody came along, who had that ‘thing’ … maybe, someday.” 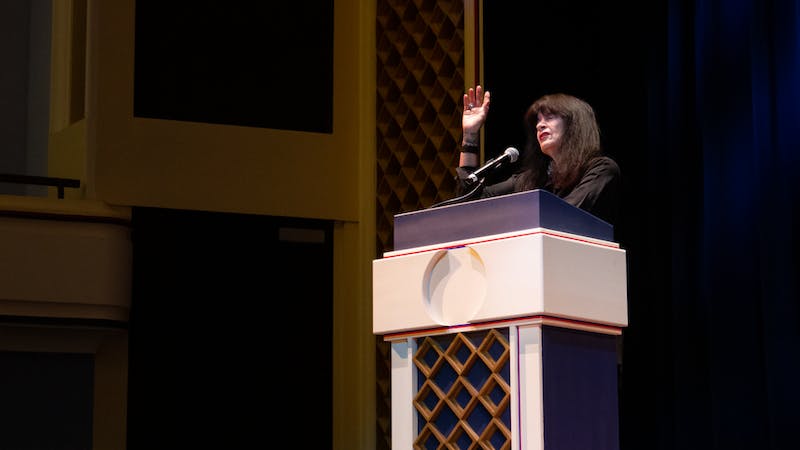 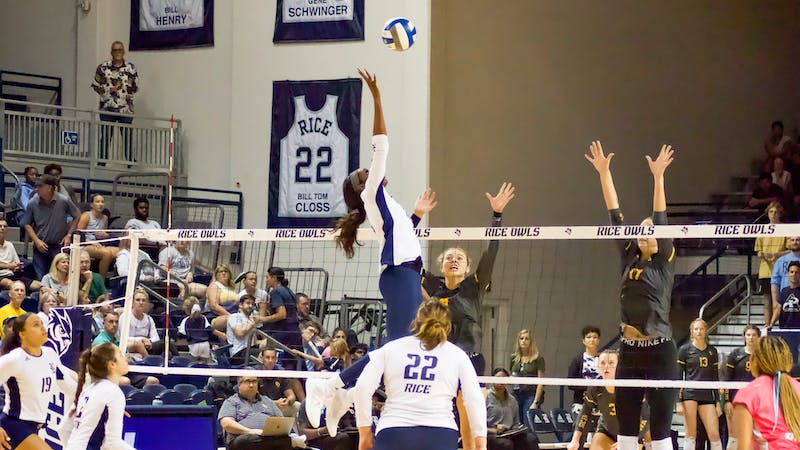 Volleyball gets final chance to reverse the C-USA tournament curse

Even though they’ve won 48 of their last 50 conference regular season games, the Rice volleyball team has not won a Conference USA tournament since 2018. After three straight years as the conference’s runners-up, the Owls will finally look to reverse their fortunes in what will be their final postseason in C-USA. This year, the No. 22 Owls enter the tournament with an almost perfect conference record of 13-1, and 23-3 overall. According to head coach Genny Volpe, the team is excited to jump into postseason volleyball.