Notes from Music’s Biggest Night: Best and Worst moments of the Grammys 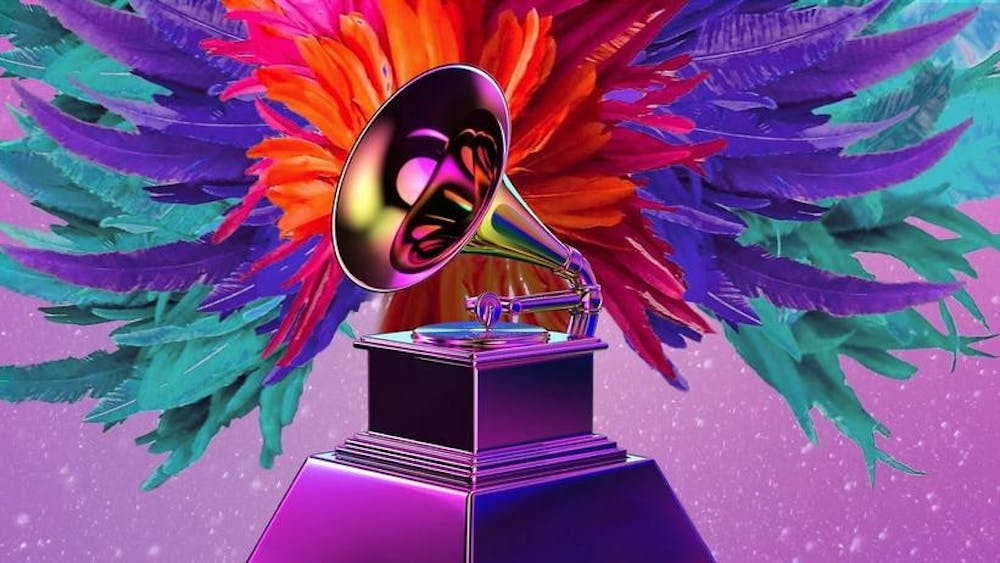 With over-the-top live music performances, fashion and drama packed into its three-and-a-half hour runtime, the 64th Grammy Awards offered viewers plenty of entertainment. Held at the MGM Grand Garden Arena in Las Vegas, Nevada for the first time after being postponed in January, this year’s show tried to broaden its audience and boost its pandemic numbers — the worst of all time. Returning host Trevor Noah carefully toed the line with light, safe quips, likely in an attempt to avoid another slap like last weekend’s Oscars. For those still recovering from Saturday’s Beer Bike and Sunday’s midnight deadlines, the Thresher condensed the night’s events into its most memorable moments.

Multi-hyphenate artist Jon Batiste was the biggest winner — and nominee — of the night. He took home five Grammy Awards out of his eleven nominations, and is the first Black artist to win Album of the Year in fourteen years.

“I believe this to my core: there is no best musician, best artist, best dancer, best actor,” Batiste said in his speech. “The creative arts are subjective and they reach people at a point in their lives when they need it most.”

The global K-pop superstars delivered a spy-themed performance with their usual immaculate choreography, which had them dodging lasers, tying their jackets together and operating a surveillance computer. Their performance also benefited from a formation of backup dancers with Men in Black-type costumes and BTS’ V seemingly flirting with Olivia Rodrigo in the crowd, which quickly circulated through memes and “caption this” challenges online. Besides J-Hope’s stumble early in the set and a slight case of lip syncing, the performance was nearly flawless, one-upping even Billie Eilish’s wacky upside-down house setup.

While we’re on the topic, Lil Nas X did a less subtle job of lip syncing throughout his entire performance. Although intricate costumes, well-rehearsed choreography and a stunning, otherworldly sci-fi theme gave BTS a run for their money, Lil Nas X pretending to sing his own songs for minutes on end was difficult to ignore on top of Jack Harlow’s equally mediocre part.

Rodrigo’s emotional performance of “Driver’s License” was almost as good as her outfit was bad. The singer-songwriter opted for a custom Vivienne Westwood Couture dress with chokers and black gloves in a cool ’90s nod, but the dress’s metallic pink details broke away from the sleek look. Kelsea Ballerini also should have foregone the large white bow on her own black dress for a simpler, more classic style.

Ukraine’s president Volodymyr Zelensky delivered a pre-recorded speech comparing the horrors of war to the unifying power of music. “The music will break through anyway — we defend our freedom to live, to love, to sound … Fill the silence with your music,” urged Zelensky. His speech was followed by John Legend’s piano performance of his new song “Free,” somewhat saved by the touching contributions of Ukrainian artists: poet Lyuba Yakimchuk, singer Mika Newton and bandura player Siuzanna Iglidan.

The Recording Academy neglected Miley Cyrus’ “Plastic Hearts”, which didn’t receive any nominations despite debuting at No. 1 on Billboard’s Rock Albums chart. Cyrus tweeted about the snub last November, saying that she was in good company among other artists who haven’t won Grammys.