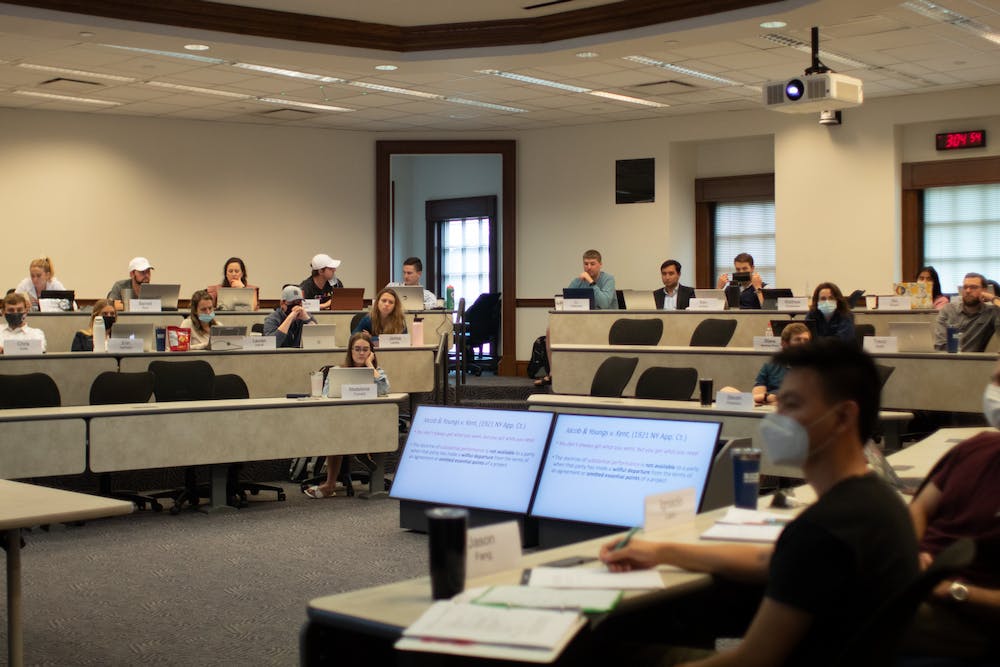 So far about 70 students have declared a major in business, and the demand is evenly split between the two concentrations, according to Piqueira. She said that the number of declared majors is not representative of the size of the undergraduate business program as most of these students are from only one class year, 2024.

“The freshman students didn’t declare yet – they’ll declare next year – so the numbers that we have now are not really representative of what we have,” Piqueira said.

Austin Tran, a Sid Richardson College freshman pursuing the business major with a finance concentration, said the business major is appealing because of the Jones School’s distinguished reputation and faculty. He said that as of this year, the Princeton Review ranks the Jones School’s graduate entrepreneurship program number one in the nation and its online MBA number four.

“I like how for the undergraduate major, they’re bringing all the graduate faculty,” Tran said. “One of my professors [Stephen A. Zeff] is really renowned. He was inducted into the Accounting Hall of Fame.”

Jennifer Zhou, a Lovett College freshman, said she chose the business major with a finance concentration over the minor because the major covers more content.

“I’m more interested in topics the business major covers because I think the electives [include] marketing or strategic management,” Zhou said. “I feel like I can learn more and get more out of the business major.”

Joon Lee, a McMurtry College freshman, said that despite taking BUSI 305: Financial Accounting and BUSI 310: Leading People in Organizations, he is not sure if he wants to declare a business major or a business minor.

“I’m still trying to decide if I want to major in this or just do the minor because I feel like business as a field is not something you need to major in,” Lee said. “[Simply taking business courses] could be just as valuable, [because you can] gain skills and knowledge from courses that you want to [take] instead of committing yourself as a major and having to take a bunch of other courses.”

According to Abhi Gorjala, a McMurtry College sophomore, a major in business with a finance concentration would help him gain more relevant experience for an investment banking career than a major in economics would.

“I just think this finance major will give [me] a much better background because there’s a lot of new classes introduced, like Advanced Corporate Finance,” Gorjala said.

“Did I almost expire in that class? Yes. It was really hard, really hard. But I loved it,” Kim said. “It actually made me really like using Excel a lot, and now I use it for everything. I actually use a lot of skills from Financial Management in day-to-day or some of my other classes like my stats class.”

Both Piqueira and Vice President of Enrollment Yvonne Romero da Silva said that they anticipate a higher number of students who are interested in declaring the business major.

“We observe that [in] our admission session for prospective students, there’s lots of demand for the business major,” Piqueira said. “I meet people all the time, and I sign their [business major declaration] petitions. [I signed] about 40 last week.”

According to Romero da Silva, eight percent of the admitted Class of 2026 applied to the business major.

“The prospects for increasing and strengthening the business school pipeline are very, very strong for Rice, especially as it becomes more known that Rice Business is an option for prospective undergraduate students around the country and around the world,” Romero da Silva said. “We got a great start this year, and I expect that population to grow in subsequent years.”

“There are sections opening, so for example … we now have a section [of BUSI 343] in the spring. We didn’t have it before,” Piqueira said. “The school is also increasing the number of faculty members, particularly in certain areas, so they are hiring new professors to teach some of these classes.”

According to Tran, the undergraduate business courses are well-sized, and more sections have been added to accommodate demand.

“I would say the [maximum] is probably a 60-person class,” Tran said. “[The administrators] definitely know there’s a bunch of kids trying to study business. They’re definitely accounting for that. There [are] three sections for BUSI 305 now.”