Students voice safety concerns with track prior to Beer Bike 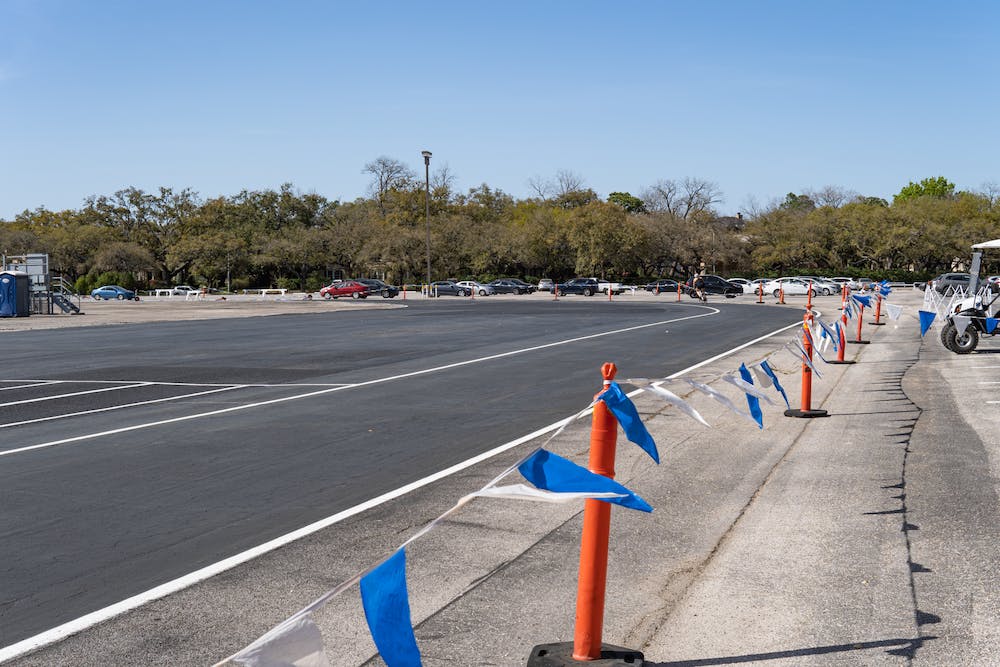 The bike track was closed for repairs to fix safety issues, according to one of Brown College’s bike captains Sara Emami and emails obtained by the Thresher. Several bike captains said they have noticed that the track drains more slowly after rain and that tar and paint have issues caused by heat that reduces surface friction.

Beer Bike coordinators, bikers and chug teams were advised to avoid the track area to avoid causing additional damage, and the track was said to pose a safety risk to bikers, according to an email on March 28 obtained by the Thresher.

“Please avoid any activity on Hackerman Bike Track for the next 12-24 [hours] as we have recently been notified of additional damage [and] maintenance due to significant weather impacts,” Tahj Blackman, student center assistant director and Beer Bike 2022 staff advisor, wrote.

Caroline Courbois, a cyclist for the Martel College women’s team, said that bike captains and college presidents came together months ago requesting that the beer bike track be fully repaved.

“As a half-measure, the track has been repainted and cracks have been filled with tar,” Courbois wrote in an email to the Thresher. “The issue is that significant parts of the track are now tar, which is so much slicker than the fresh asphalt we requested … This is affecting every team’s practice schedules and possibly mock bikes because we can’t race on the track.”

According to Courbois, Martel was assigned the innermost lane this year, so they take the sharpest initial turn of any team.

“With the most recent ‘repairs,’ I’ve had to cut halfway across the track just to stay on my bike,” Courbois wrote. “It was extremely unsettling because in a race, there could be half a dozen cyclists in that path. I know the cycling captains across campus have worked so hard to request repairs far in advance, so it’s sad to see that they’ve been ignored at the expense of every cyclist’s safety.”

As the Thresher previously reported, Beer Bike events will largely return to their pre-COVID format with events planned throughout the week leading up to the event on Saturday, April 2.

According to Paulina Yannitsadis and Sean Judge, campus-wide Beer Bike coordinators, the main alteration to this year’s events is that only current Rice community members and alumni will be able to attend Beer Bike events to limit possible exposure.

Dean of Undergraduates Bridget Gorman said that planning and preparation has gone well so far due to the work of this year’s Beer Bike coordinators.

“I’ve enjoyed seeing the excitement among students for this week to begin,” Gorman wrote in an email to the Thresher. “We continue to keep an eye on COVID rates in our community, but currently the numbers look good and I look forward to seeing the race run in the typical pre-COVID format.”