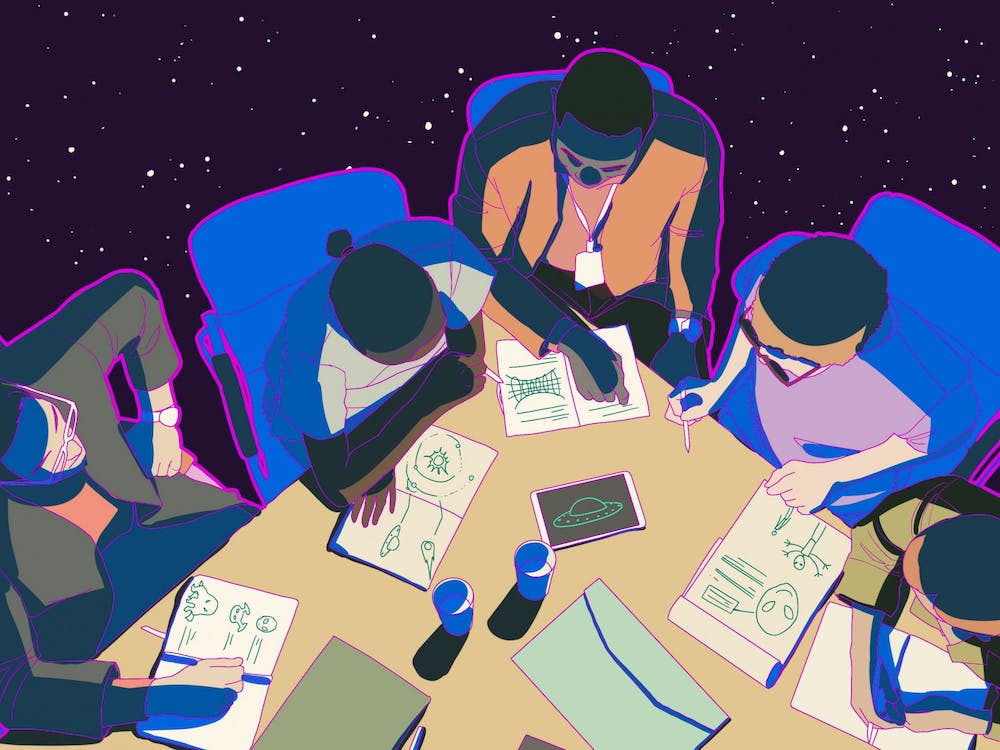 The Archives of the Impossible Conference was held at Hudspeth Auditorium in the School of Continued Studies this past weekend. The conference focused on covering the academic study of UFO phenomena, extrasensory perception and other paranormal activity.

The event, which lasted from March 3 to 6, was organized by Jeffrey Kripal, the associate dean in the School of Humanities. The Archives of the Impossible itself refers to a plethora of research related to the study of paranormal experiences at Fondren Library’s Woodson Research Center.

Kripal, who gave the opening talk at the event, said that the study of the paranormal is really grounded in intellectual and academic institutions, despite popular belief.

“When I get interviewed, they’ll often play X Files music or something, because that’s what people [associate with the paranormal] in popular culture,” Kripal, the J. Newton Rayzor Chair in Philosophy and Religious Thought at Rice, said. “[But if] you go back 100 years, [you find] physicists, and psychologists and philosophers making up these words to just try to understand what’s going on.”

Kripal said that one of the main themes of the event and his speech was that the conversation about paranormal beings should play a prominent role in academic discussions.

Stephen C. Finley, one of the panelists for the Para-Ecologies panel, said that the academic study of the paranormal is the groundwork for many fields of study.

“This material that we call paranormal, comes from American universities,” Finley, a professor and inaugural chair in the Department of African and African American Studies at Louisiana State University, said. “It’s a connection that really has been erased even in these disciplines — religious studies, philosophy, psychology, anthropology — that have strong paranormal origins.”

Finley said that this interconnectedness has real world applications not just between academic fields, but also when thinking of everyday life.

“I’m looking [at] the [inter]connectedness, that the possibility of what we’re talking about here in terms of the paranormal or consciousness [connects to] how people actually live in the world and experience the world on a day to day basis,” Finley said. “We are all connected in meaningful ways that might help us to think about one another and the world in different ways. But [we also] have experiences that are very different and cultures that are important.”

Sravana Borkataky-Varma, one of the panelists for the Para-Ecologies panel, also discussed the interconnectedness in the field.

“This event is really important because it is helping us have a conversation on what we are calling the impossible in a much wider and inclusive sense than earlier,” Borkataky-Varma said.

Borkataky-Varma also said that the study of this topic allows for a much wider vision of a world, which she says we have been conditioned to see in a certain way.

Finley said that he hopes people won’t forget this idea of interconnectedness, while at the same time remember that this topic is far more complex than usually thought.

“I do hope we gain a sense of complexity,” Finley said. “Many people who are part of these conversations want to [think of this topic as] universal. And I get that, and it’s really important. But I don’t want to erase [individual] identities necessarily.”

Kripal says he hopes that people will start looking at the topic of UFOs within academic settings such as universities.