Review: Conway the Machine reintroduces himself and opens up on ‘God Don’t Make Mistakes’ 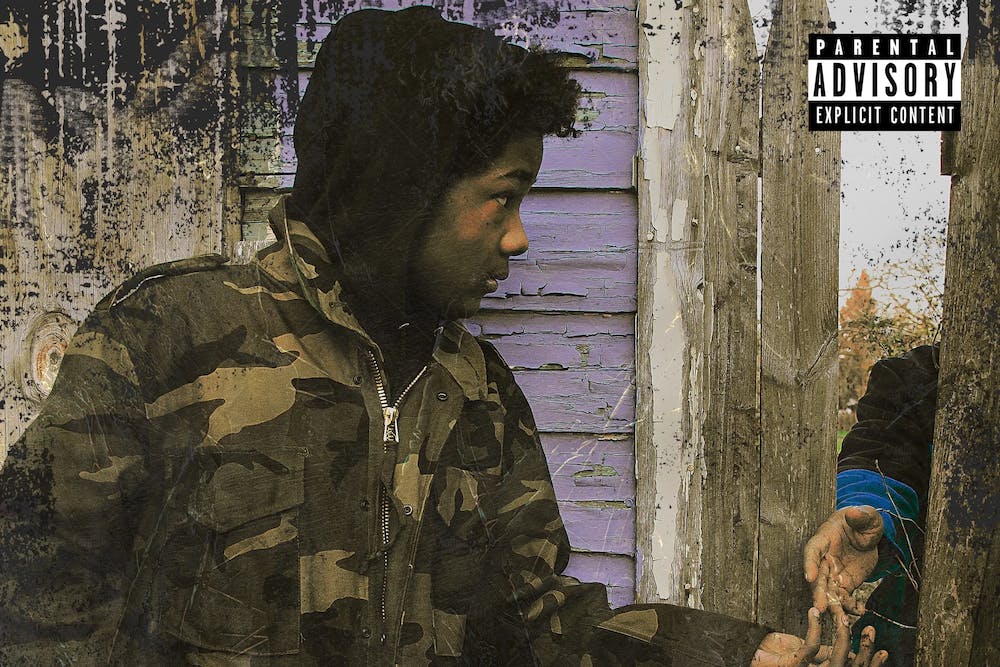 In the past few years, Conway the Machine has been one of the most interesting rap lyricists active, crafting meticulous bars about street life and the perils of drug dealing. A member of Griselda Records with brother Westside Gunn and cousin Benny the Butcher, Conway has been gaining notoriety in the past few years, and largely crafted “God Don’t Make Mistakes” as an introduction for new fans who may have discovered him through high profile collaborations, like his appearance on “Keep My Spirit Alive” from Kanye West’s “Donda.”

Before founding Griselda, Conway was shot in the neck and shoulder, an injury that is a major theme on this album. The shooting left him with Bell’s Palsy and paralyzed on the right side of his face, forcing Conway  to relearn basic skills like eating and talking. However, this injury didn’t keep him from rapping and sharing his story — instead, he used it to craft a distinctive flow that makes him instantly recognizable among other rappers.

Although “God Don’t Make Mistakes” features all the hallmarks of Conway’s past work, the album also features him opening up more than ever before. In a recent interview about his album, Conway said, “I know with my music, I talk about shit I’ve seen and how we live in the hood, but I feel I needed to talk about myself more on this album, and that was tough for me. I’m usually more bottled up and keep my personal stuff and shortcomings in life to myself personally, but this was the album for me to do that.”

The lyrical turn is incredibly effective as Conway maintains his signature style  while delving into new territory. One of the most personal tracks is “Guilty,” where Conway brings listeners back to his near-fatal shooting in 2012. He imbues the event with divine purpose as he details how the bullet was “inches from hittin’ my carotid.” “Guilty” calls to mind the message of West’s “Through the Wire”: prevailing over death to rap with newfound ability, a sort of origin story. The song is delivered over a quiet piano-based beat with gospel-esque vocal hits, an introspective sound that complements Conway’s lyrics.

“Stressed” is another personal cut for Conway that sees him open up about depression, alcoholism and the death of his son. The end of the second verse details how shortly after one of his cousins committed suicide, Conway’s young son died in the hospital. “Imagine bein' in the hospital, holdin' your dead baby; And he look just like you, you tryna keep from goin' crazy (That's my world),” Conway explains, a terrifying image that clearly conveys  his immense loss. This is followed by a reference to alcoholism with the couplet “That's why I drink a bottle daily; For all the shit I keep bottled in lately,” a sad expression of Conway’s past alcohol use to numb his pain. The track also grapples with the depression brought on by the tragedies Conway has had to face.

The second track on the album, “Tear Gas,” is a classic Conway the Machine track and features Rick Ross and Lil Wayne. Like “Guilty,” the song’s beat is constructed from a combination of piano and high vocals but the resulting sound has a much harsher feel. “Tear Gas” addresses people not recognizing Conway for the MC he is, and how they’ll be pretending to have known him when he’s using his money to uplift those he cares about, like his little brother. Lil Wayne comes in for the second verse, delivering a classic boastful verse that provides a nice vocal contrast to Conway. The song closes with a short Rick Ross verse that reiterates the success the three rappers have achieved.

“God Don’t Make Mistakes” sees Conway the Machine reintroduce himself on his own terms to fans both old and new. By opening up with previously private personal topics, Conway expands his lyrical and topical reach to create a satisfying and rewarding listening experience.