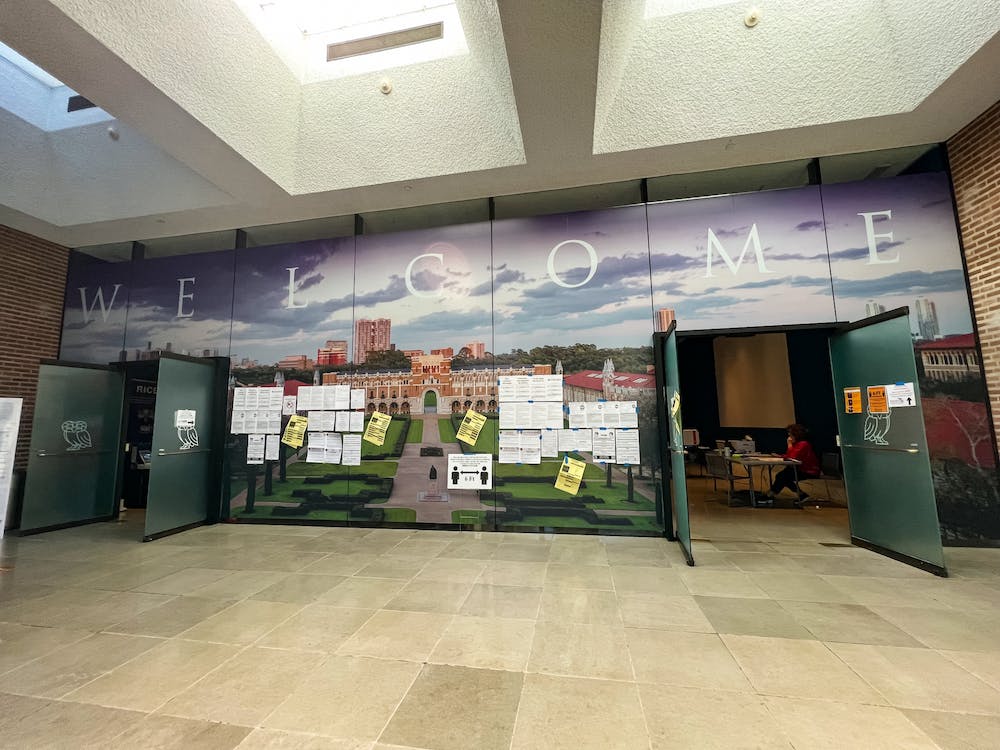 The welcome center at Sewall Hall served as an on-campus polling location for the Texas primary election, polls for which opened Tuesday March 1, following the early voting that ended Feb. 25.

Texas holds an open primary, meaning voters can decide which party’s ballot to vote for regardless of registration. Texas voters this primary election will decide nominees for governor, different statewide positions and 38 House seats.

Mason Reece, the Democratic primary presiding judge, said he was motivated to take this position because of some issues in the polling location in 2018.

“Some voters, particularly students, were not serviced properly so I made it sort of a goal to service people appropriately in the 2020 election and I have just continued that,” Reece, a Hanszen College senior, said. “This is a great way for students to empower each other and empower our community. It’s a great way to motivate democracy and motivate engagement.”

Reece said there were a few technical difficulties with the machines at the Sewell Hall location but they haven’t had problems with any voters.

Ethan Perryman, a Baker College junior who voted in the Democratic ballot on March 1, said he thinks it is important to vote in the primaries because it can lead to nominating a candidate who can actually win against a Republican candidate in the state election. Perryman said he used Ballotpedia to learn about the races.

“I didn’t have time to educate myself on all the county judges and stuff like that, but I at least had time to look at the bigger state elections, which I think is better than nothing,” Perryman said.

Vivian Zheng, a volunteer at the Sewall polling station, said she thinks there was pretty good turnout for the primary at their location so far early in the day. There was no on-campus polling location for the 2020 primaries, and the presidential election polling location was at the football stadium.

“I think because the polling location is now in Sewall, which is so much closer than the stadium … it’s so easy for students and faculty and other staff to come vote and so I think the turnout has been pretty good,” Zheng, a Baker sophomore, said. “And I hope that it continues to grow throughout the day.”

The 18 to 24 age range historically has low voter turnout, according to Zheng.

“I think it’s really important that students voice their opinions,” Zheng said. “And it’s also important that they get educated on who they are voting for, not just showing up and voting for random people, because even though a lot of students don’t actually live in Harris County, the legislative effects …  can have an impact on the communities we live in, and the things that we do here in Houston.”

Hanszen junior Vinay Tummarakota said he was motivated to vote because his data visualization professor allotted the last fifteen minutes of class for voting.

“I wasn’t previously considering voting but because he said we would have that extra time, there was not a great reason not to,” Tummarakota said.