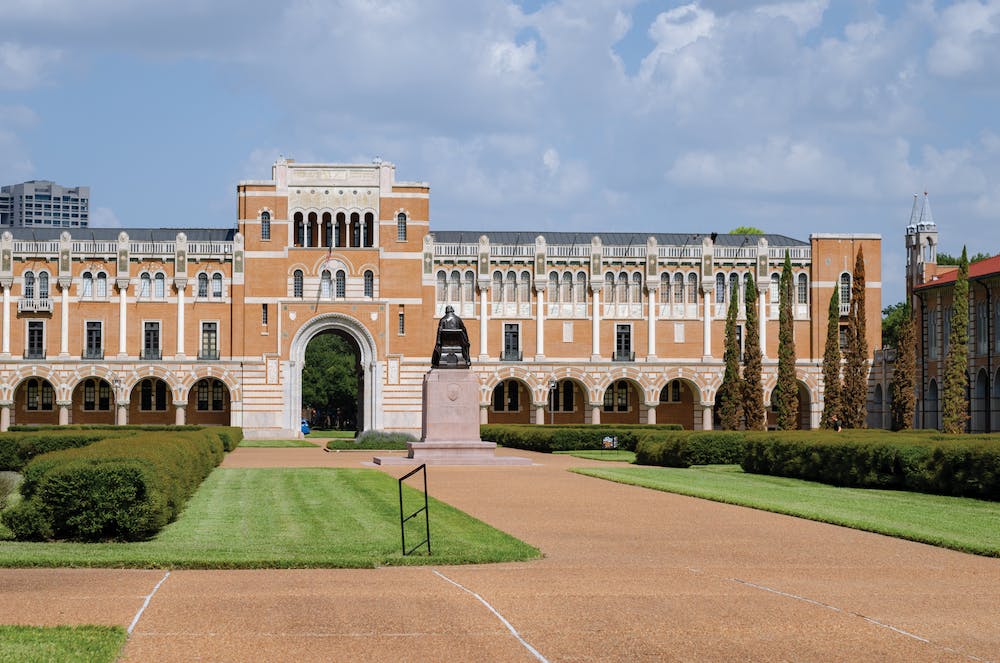 President David Leebron said that together with the new student center building, which is underwritten by the other half of the $100 million grant, the student opportunity endowments will contribute to a more holistic student experience.

“The Moody Foundation was interested, not only in making sure it was possible for us to build the building, but also making sure that programs that constitute student life and opportunity were funded as well,” Leebron said. “A building alone isn’t sufficient.”

Reginald DesRoches, current provost and future president, said that these endowments will open new possibilities for an unparalleled student experience at Rice.

“What Rice students do outside the classroom is not incidental to their education, but an integral part of it,” DesRoches wrote in an email to the Thresher. “[These endowments] will support a wide range of programs and initiatives focused directly on the Rice student experience, sponsoring everything from international travel to visiting speakers to civic leadership activities.”

Leebron said that the decision to fund student opportunity endowments was the result of discussions between the administration and the Moody Foundation.

“They were very interested in what our priorities were. And of course, they had some of their own ideas,” Leebron said. “I think one of the things you’ll see looking at the endowments is that they wanted to touch many parts of the university. So you’ll see quite a number of schools [and athletics] represented there.”

According to Leebron, there were conversations with academic deans about what their priorities were for their schools.

“You shouldn’t look at this as just a kind of top down thing from the central administration, but something on which there was input from different parts of campus that did receive funding,” Lebron said.

Leebron said that student opinions were considered in the decision of creating the 12 student opportunity endowments.

“There was a [student association] survey a number of years ago of what students thought was important in their education,” Leebron said. “The results of the survey helped reinforce the priorities that the administration was setting … They weren’t saying that classroom education and traditional instruction were less important. It was that all these other things were also important.

Over a 10-year period, endowments will be distributed through the following 12 funds: The Ross Rankin Moody Civic Engagement, Student Success and Global Leadership Fund, The Elizabeth Lee Moody International Fund in the Humanities and the Arts, The Elizabeth Lee Moody Junior Professorship, The Elizabeth Lee Moody Undergraduate Research Fellowships in the Humanities and the Arts, The Frances Anne Moody-Dahlberg Gateway Program in the Social Sciences, The Libbie Rice Shearn Moody Fund for the Arts, The Robert L. Moody Sr. Fund for Undergraduate Business Students, The Russell Shearn Moody Pathway to Research in the Natural Sciences, The Allan Watkins Matthews Fund in Baseball, The Ann McLeod Moody Fund for Student Wellbeing, The Bevan/Warren Fund in Track/Cross Country and The Irwin M. “Buddy” Herz Community Outreach, Leadership and Engagement Fund.

Leebron said that, while all 12 endowments are of importance, the administration sees a rising necessity in the augmented support for student well-being and counseling.

“Candidly, we’ve been working on other donations in that area. And the challenge is that costs and resources aren’t unlimited,” Leebron said. “So getting support for that effort that we have underway for our students is really important.”

Leebron said he believes this donation from the Moody Foundation will have an extraordinary impact.

“I think it’ll really help communicate to our future students the value that we put, even as a research university, on their experience,” Leebron said. “Collectively, we should just be enormously grateful to the Moody Foundation. They have been tremendous friends of Rice for bringing, in my view, a vision that has complimented the efforts of the university.”