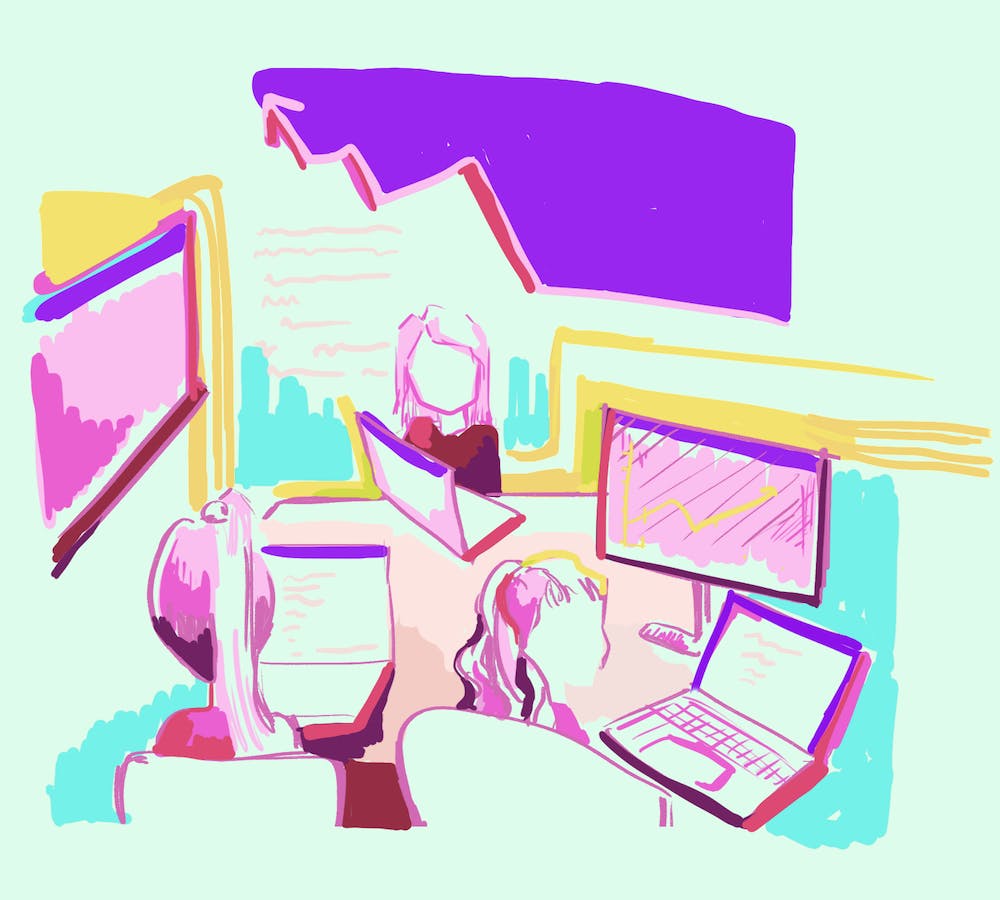 Rice University, along with the D2K club, hosted its 4th Annual Datathon this past weekend. The directors, Caleb Huang, Gazi Fuad and Michael Kelley, said that this year’s event was the biggest yet. The Datathon is Rice’s annual data science competition, where participants have 24 hours, in teams, to design and also implement data science-related projects.

According to Huang, a sophomore from Will Rice College, this year’s bigger budget helped expand the competition.

“We didn’t want it to just be like another competition where the best data scientists won, we wanted to make it also a learning opportunity where everyone could leave being a better data scientist,” Huang said.

Fuad said this year’s event featured two workshops on the days leading to the event as a way to highlight the importance of data science as an industry and also in the world.

“I think data science has its advantages, and I feel like it does have a lot of power in improving or making a good social impact and improving people’s lives,” Fuad, a Will Rice sophomore, said. “You can see in the first place winners, they took on the BakerRipley challenge, which was to redistrict Houston city council, and they did a really fantastic job with it to try to make Houston more equitable and more represented in their city council.”

This year’s event was sponsored by 12 corporations, including Google, Goldman Sachs, Chevron and Aimpoint Digital.

Carolina Osuna, head of data engineering and infrastructure at Aimpoint Digital, said that as a former Rice undergraduate, she is looking forward to meeting students who are interested in the field of data science, and providing her own tips and expertise.

“I know that there is a lot of great talent on campus, so I wanted to get involved with Datathon to meet students at varying levels of interest and to increase our brand awareness,” Osuna (Sid Richardson College ’15), said.

One of the workshops at the Datathon was hosted by Goldman Sachs’ Engineering Recruiting Team, whose representatives, Jessica Harrison, Alicia Price, Ashleigh David and Maribel Velazquez, said they were also looking forward to finding future data science engineers at the Datathon.

“The talent at Rice University Datathon is phenomenal,” they wrote in an email to the Thresher. “We are excited to meet the talented engineers who participate in this Datathon and hope that many will join Goldman Sachs and help us build solutions for our incredible clients.”

“We really like the interdisciplinary focus of the lab and this event,” Deppe and Burbridge wrote in an email. “It is a great platform to showcase how data can be used outside of business and traditional industries that are represented at events like this.”

One of the teams who participated in the BakerRipley challenge ended up winning first place in the competition overall. Ankit Patel, a Martel College junior and one of the team members, said the challenge’s topic was really interesting to approach.

“We were really interested in tackling [Houston City Council redistricting] using some of the skills we’ve learned and used before,” Patel said. “I think we were really happy to be able to tackle a challenge like that.”

Patel’s teammate, Zach Rewolinski, a junior from Hanszen College, also said that the challenge was a great way to contribute to the Houston community.

“Winning was cool. But I think there’s just something to be said for working on a project that actually contribute something to society,” Rewolinksi said.

“I really want to see the practical applications both at the level where I am and the level where a lot of these really advanced coders are,” Oudekerk, a McMurtry College sophomore, said. “I want to get a view of the future, and a view of the present, and what opportunities there are for data scientists.”

Tom Sun, a master’s student in statistics and one of the second place winners for the project Link and Recommendation, said that the event allowed them to apply their data science knowledge and skills to real life situations.

Patel said he would participate again and that the directors did a great job organizing the event.

“With the growth of the D2K Lab and data science at Rice, it’s a really useful field for people to at least understand, because it can really be helpful to everyone,” Patel said.