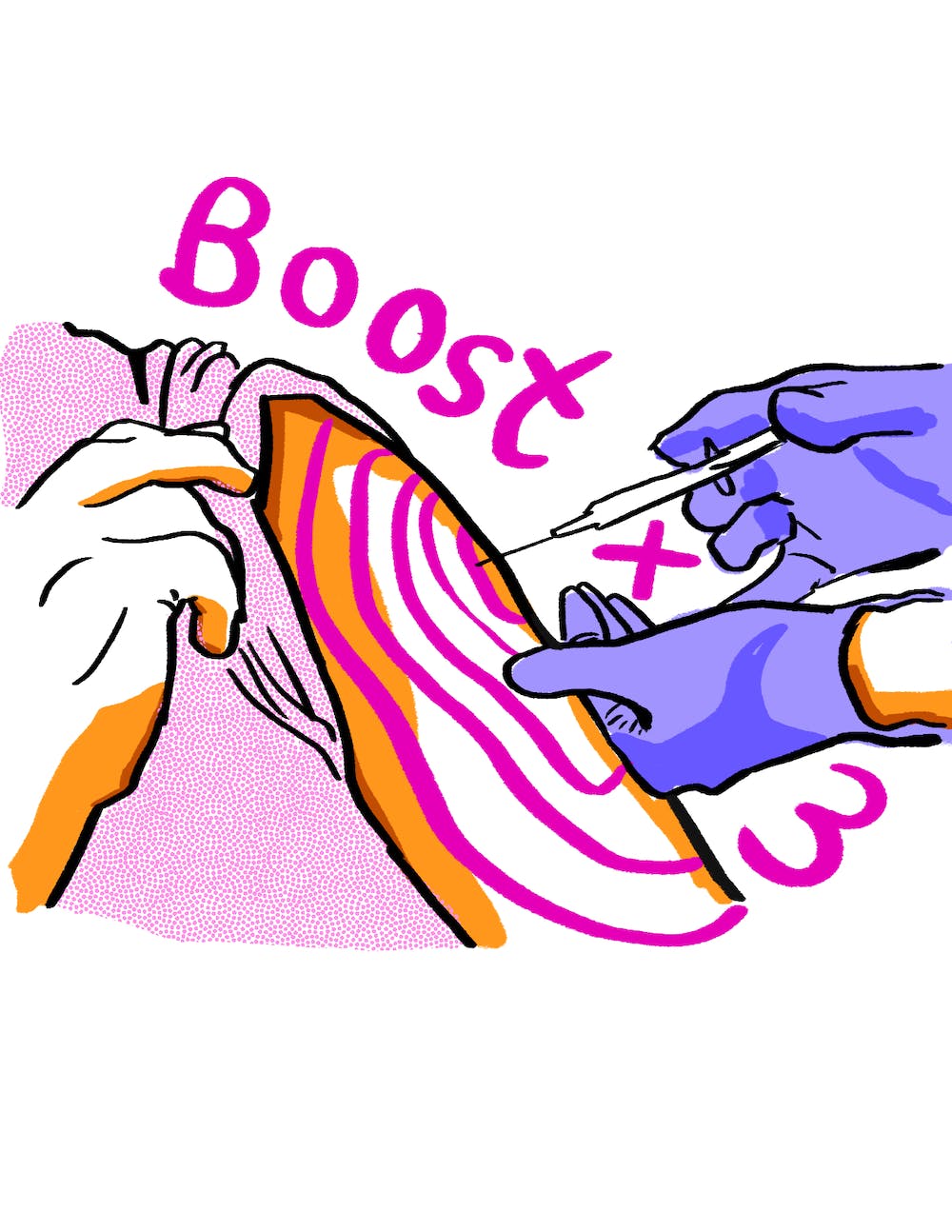 All students and employees eligible to receive a COVID-19 vaccine booster are required to get one as soon as possible, unless granted a medical or religious exemption, according to an email from President David Leebron and Provost Reginald DesRoches.

Rice will host vaccine clinics in the Rice Memorial Center Grand Hall on Jan. 13 and Feb. 3, Kevin Kirby, chair of the Crisis Management Advisory Committee, wrote in an email. According to the Centers for Disease Control and Prevention, most fully vaccinated people are eligible for a booster shot five months after their second dose of Pfizer or Moderna, or two months after the single-dose Johnson & Johnson vaccine.

Rice initially mandated vaccines for students in May, but first introduced vaccine requirements for employees in late November. In September, President Joe Biden issued Executive Order 14042, which required all employees of federal contractors to receive a COVID-19 vaccination or a medical or religious exemption.

The United States District Court for the Southern District of Georgia issued an injunction against the executive order in early December, temporarily suspending enforcement of the mandate.

In October, Texas Governor Greg Abbott issued Executive Order GA-40, which prevents entities in Texas from compelling employees to receive a COVID-19 vaccine if they object on personal, medical or religious grounds. According to Rice’s vaccine status portal, staff have the option to apply for a vaccine exemption and students have the option to not be vaccinated for “medical, religious, or philosophical/other reasons.”

Jeff Barnes, Rice’s interim general counsel, said he was unable to provide comment on the legal basis of the university’s booster requirement.

Leebron and DesRoches said boosters will help protect Rice community members from a possible influx of COVID cases due to the highly transmissible Omicron variant. Rice has recorded more than 300 cases of Covid-19 in the last seven days.

“These booster shots are critical, because in light of the rapid spread of the Omicron variant, it probably will not be possible to maintain the full quarantining policies we have previously implemented,” Leebron and DesRoches wrote. “There is strong evidence that if you get a booster shot, you are far less likely to be infected with any of the SARS-CoV-2 variants including Omicron – and if you become infected, you are much less likely to become seriously ill.”

The effectiveness of the two-dose vaccine regimen decreases after four to six months, according to the CDC. A study in The Lancet, a leading medical journal, suggests that the Pfizer vaccine’s protection against infection decreased from 88 percent to 47 percent five months after the second shot.

According to the U.K. Health Security Agency, a third shot of a Pfizer or Moderna vaccine raises protection against symptomatic infection from about 10 percent five months after the second dose to as high as 75 percent two weeks after the booster.

Kendall Vining, president of the Student Association, said she agreed with Leebron and DesRoches’ booster requirement.

“I think it’s the safest route to go with requiring that,” Vining said. “Everyone should definitely get a booster if we want to have a semblance of a normal spring semester.”

Yash Shahi, a Lovett College sophomore, said he thinks students should get the booster so COVID restrictions can be lifted.

“It’s imperative that the boosters are mandated because the additional protection it provides will benefit everyone and allow the semester to retain some normalcy,” Shahi said.

Many faculty members agree with the vaccine mandate, according to Chris Johns-Krull, speaker of the Faculty Senate. Johns-Krull said he has not spoken with many faculty about the booster requirement in detail.

“I think a majority of the faculty have been receptive to it,” Johns-Krull, a professor of physics and astronomy, said. “Kind of like the nation in general, we have people with a variety of opinions on this from very libertarian to very communal and we have to do everything we can as a community to fight this. But on balance, I would say that my impression is the faculty are in support of the vaccine mandate.”