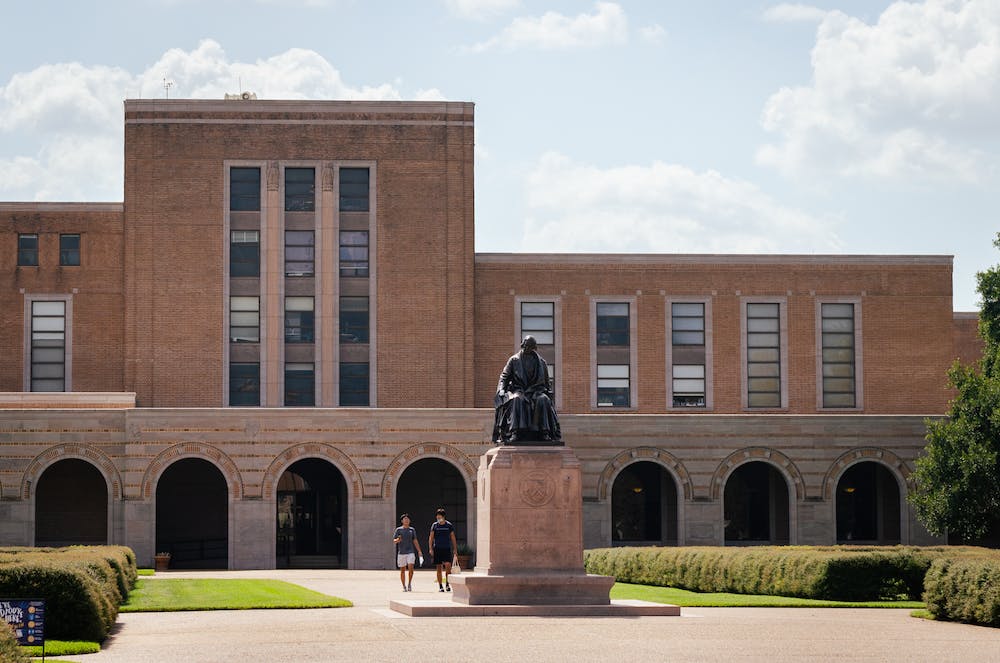 The Student Association unanimously voted to pass a resolution to relocate the Founder’s Memorial at the Nov. 29 Senate meeting. The resolution calls for the University to relocate the William Marsh Rice statue by the end of the 2021-2022 academic year.

Rahman said now that the resolution has passed, tangible action should be taken.

“We’ve gone through survey after survey with regards to how we want to go forward with the memorial, and now we must continue to keep strong with what we know is best for our campus,” Rahman, a Lovett College senior, said.

SA President Kendall Vining said she will send the resolution to the Faculty Senate soon, but said she thinks the Board of Trustees in particular should look at the resolution.

“I believe that since they were eager to collect data in the form of their portal, then they should also receive student feedback via a resolution with open minds,” Vining, a Martel College senior, said.

A few amendments were added to the resolution prior to the vote. One resolution clarified that the statue should be relocated to the extent of Rice’s legal capability, to address any concerns about affecting William Marsh Rice’s grave. Another clarification further explained that the statue should be relocated to an area on campus where it will not be in a place of prominence, defined as a place where it would not be the singular focal point of attraction.

During the meeting, Rahman said that even if context was provided to the statue in its current location, it would still be prominently located, which is why they are calling for relocation.