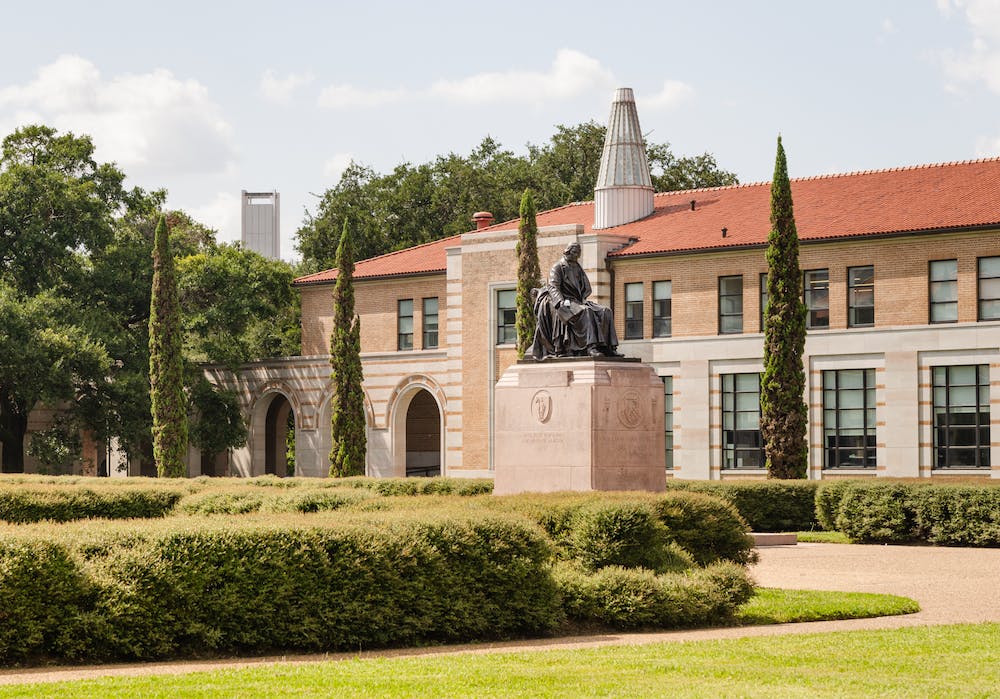 Rahman said during the meeting that a place of non-prominence is either a location that requires security access code to enter or an open space that attracts as little cross-campus traffic as possible.

“People have proposed [moving it] to the outskirts of somewhere in the north colleges,” Rahman said during the meeting. “That’s kind of an example. It’s all about on-campus traffic and exposure … that’s what we mean by not a place of prominence.”

The resolution also demands the statue of William Marsh Rice be properly contextualized in its new location with William Marsh Rice’s full history, including his direct participation and interactions with slavery, segregation and racial injustice.

Arora said during the meeting that the resolution is not trying to focus on what will be replacing the Founder’s Memorial in the academic quad.

“I feel like that’s a very complicated discussion that doesn’t feel like it’s relevant to the goal of getting rid of the statue,” Arora said. “Getting into the weeds of what specifically we want to replace it with is just going to make it much harder to pass the resolution. We should add guidelines to [the requirements of the replacement], but we don’t want to talk about specific things.”

According to Gollapudi, a main goal of the resolution is to make sure that Willy’s statue and the Founder’s Memorial will no longer be used as an image of the university.

“I like the idea of including restraints to make sure, if it were to be replaced, [the replacement] isn’t going to be something that can be harmful,” Gollapudi said during the meeting. “But leaving it open ...  would make our resolution more specific.”

The resolution also asks Rice University to conduct the removal of Willy’s statue in a specific timeline that is clearly communicated with the student body.