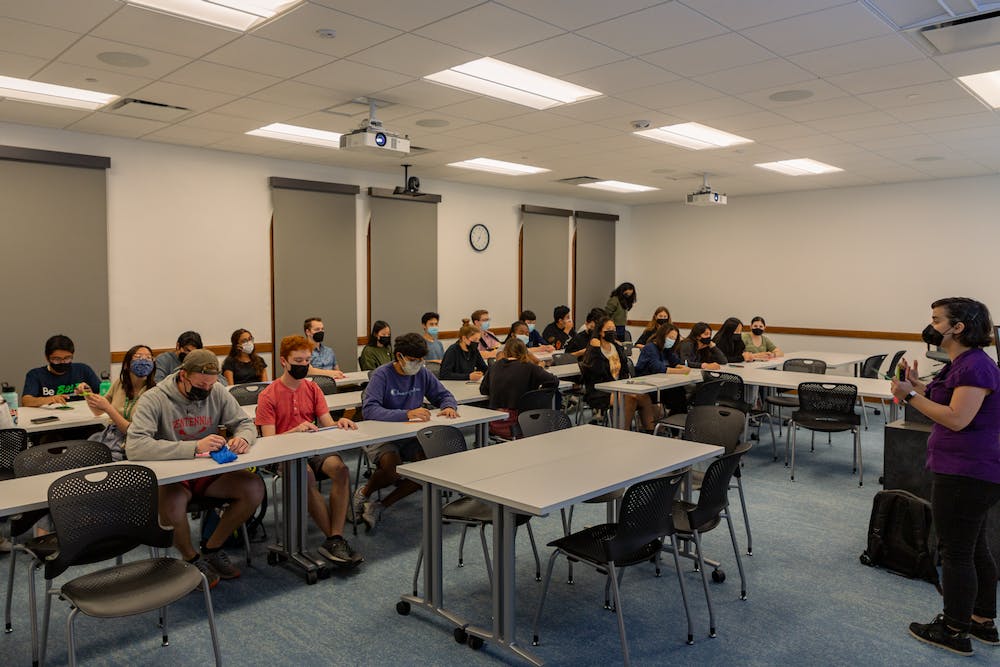 Temi Durojaye and Siddhi Narayan, SA New Student Representatives, hosted the event as part of their ongoing NSR project focused on reforming the course. Durojaye said that she feels that the way CTIS is taught currently is ineffective.

“The ultimate goal [of our project is to enact] changes in the CTIS syllabus and structure,” Durojaye, a Martel freshman, said. “We are still working out exactly what that means though, as it is an ongoing, year long project.”

Durojaye said that the town hall was meant to gather students’ thoughts on the class. During the town hall, which had around six students in attendance, attendees raised concerns about the effectiveness of the course and the classroom environment.

Durojaye said that compared to her experience in Critical Dialogues on Diversity, another required freshman course, she felt her CTIS class was less engaging and there was less student participation.

“The way I experienced [CDOD] was very different [than CTIS] in that CTIS was silent,  while in CDOD with the same people ... there was a lot more engagement and it was a lot more active, and I feel like it was an all around better experience,” Durojaye said.

Solomon Ni, a freshman at Jones College, said that he felt that his CTIS class was engaging. He said he thinks students’ experiences in the class depends heavily on the instructor.

“The instructor I had was pretty engaging in terms of forcing us to talk about the concepts we were learning about in class,” Ni said. “While most students wouldn’t necessarily want to engage, I think it encouraged some students to do so.”

One student at the town hall said that a lack of participation from students in CTIS may be due to their unfamiliarity with each other in the beginning of the semester, as the course is offered to freshmen during their first five weeks of class, and the stigmatization around the topic of sex. The student recommended that the administration consider teaching CDOD before CTIS so that students have more time to familiarize themselves with each other before being asked to participate in discussion over a heavily stigmatized topic.

Due to low turnout, the SA is planning to host another town hall early next semester to receive more student input.

Disclaimer: Siddhi Narayan is the opinions designer for the Thresher.